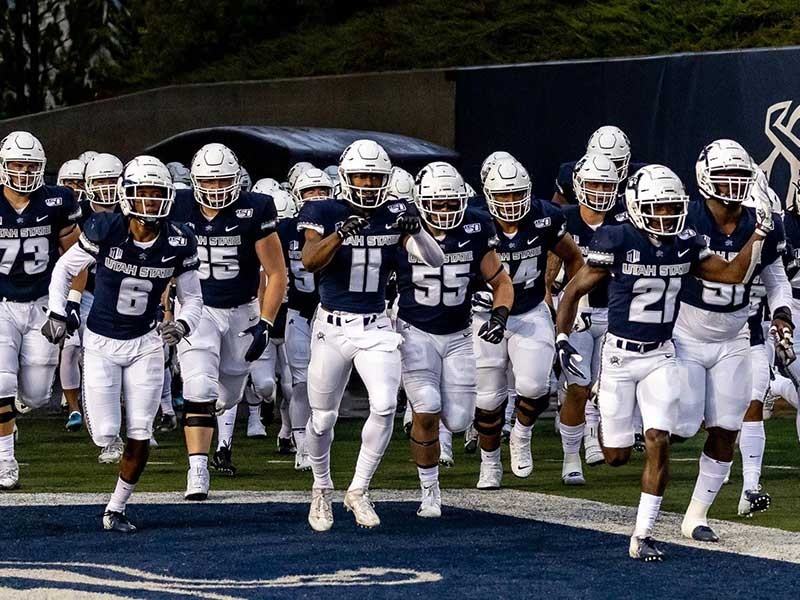 Following its 34-24 Mountain West home win against Colorado State this past weekend, Utah State football is receiving votes in the Amway Coaches poll for the second-straight week as it garnered 15 votes to rank 36th in the nation.

Utah State garnered nine votes in last week's Coaches poll to rank 35th in the nation along with Minnesota. USU began the season by receiving 32 votes in the Coaches poll and eight votes in The Associated Press poll, to rank 35th and 37th, respectively.

Overall, Utah State has now been nationally ranked or receiving votes in 13 of the last 16 Amway Coaches Polls.

Utah State is also 19-4 (.826) in its last 23 games under head coach Gary Andersen, which includes an 8-3 road record, and those four losses are by a combined nine points.

Utah State has scored 20-or-more points in 21 straight games, which is a school record, and the third-longest active streak in the nation behind Oklahoma (45) and Ohio State (32).