The "wave" is known to sports fans the world over to liven the action when there is a lull in a game, and while Utah State University physics professor Jan Sojka is a huge sports fan, he uses the "wave" for a different purpose. As the students in Sojka’s class participate in the "wave," they learn something about the simple laws of physics.


"Physics can be a tough subject to teach when you are teaching a room full of students whose first love isn’t the subject," said Sojka. "I have to do something to keep the students awake. My Scottish accent and a sense of humor helps. But I find what works best is getting the entire class out of their seats to participate in group demonstrations."

This interactive teaching style is one of the reasons Sojka is the 2002 Carnegie Foundation for the Advancement of Teaching Utah Professor of the Year. The U.S. Professors of the Year program salutes the most outstanding undergraduate instructors in the country. Sojka visited Washington, D.C., this month to receive the honor. He is the sixth professor from Utah State to receive the award in the past eight years.

Sojka believes that interaction with one’s audience and enthusiasm for the subject go a long way toward bridging the gap between the interested, the disinterested and the unenlightened.

Sojka’s love for teaching is clear and obvious in his enthusiasm and energy in the classroom. Sojka volunteered to teach the large enrollment introductory calculus-based physics class for science and engineering majors because he wanted to instill his own enthusiasm for science in others.

"My first upper division physics course was taught by Jan," said Jason Sanders, former Utah State student. "His love for the subject was so strong it was almost tiring. Once in a lecture he humorously and accurately described the principles of flux by relating it to bunnies hopping in and out of a garden. His energy at the blackboard was exciting, he loved the subject and it was contagious."

Sojka involves his students in his large classes, such as his calculus-based intro to physics, but he also makes time for one-on-one and small group mentoring.
He is the faculty advisor for the NASA Get Away Special (GAS) project at Utah State and oversees the entire program. The GAS team includes interdisciplinary undergraduate students developing experiments that will fly on the NASA Space Shuttle. Utah State has put more experiments into space than any other university in the world.

Sojka’s approach to mentoring is hands-off. He is there to advise the students when needed, but prefers his students to take risks, make decisions and experience both failure and success.

"Jan provides leadership opportunities for us and teaches us to try new things, experiment and then learn from our experiences," said Andrew J. Auman, student coordinator for GAS.

Sojka has also invited many elementary and high schools to participate in the GAS project the past eight years, involving more than 80 undergraduate students, 200 high school students and more than 800 elementary school students. Sojka is especially pleased with his relationship with the Shoshone-Bannock High School in Idaho, which flew the first Native American payload and which has subsequently flown two more.

"We had to meet the very high standards that NASA requires in order to fly our experiment. Our highly successful first mission would not have been possible if it weren’t for the personal dedication and enthusiasm of Dr. Sojka and the GAS team."

Teaching and learning physics can be fun, said Sojka. And after having been at Utah State since 1978, he said he is in it for the long haul.

Sojka was born in Duns, Berwickshire, Scotland, and attended Galashiels Academy High School. He furthered his education at The University of Edinburgh, Lothian, Scotland, where he earned his bachelor’s degree in physics. He then moved on to University College, London, United Kingdom, where he received his doctorate in space physics. He currently resides in Logan with his wife, Susan. They have two daughters.

The Council for the Advancement of Support of Education (CASE) established the Professors of the Year program in 1981 and works in cooperation with the Carnegie Foundation. This year, the Carnegie Foundation and CASE recognized winners in 46 states including the District of Columbia, Guam, Puerto Rico and the Virgin Islands. 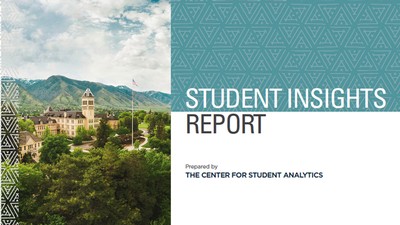