During a ceremony Oct. 8, Utah Gov. Gary R. Herbert announced that he has selected Spencer Cox as Utah’s next lieutenant governor. The nomination must be approved by the senate, and a hearing has been scheduled for Tuesday, Oct. 15. The announcement was reported by media throughout the state.

Cox is a graduate of Utah State University where he earned a bachelor’s degree after receiving his associate’s degree from Snow College. He went on to earn a law degree from Washington and Lee School in Virginia.

Cox is an attorney and businessman and lives with his family in Fairview, Utah. His wife Abby also holds a degree from USU and her family has extensive Aggie connections, boasting 22 Utah State graduates.

He was elected to the Utah House of Representatives and began serving in January 2013, where he served on number of committees, including the Higher Education Appropriations Subcommittee. He has also served as the Fairview City mayor, as a Sanpete County commissioner and on the Fairview City Council.

USU’s Neil Abercrombie, director of Federal and State Relations, had to opportunity to work with Rep. Cox during the last legislative session.

“Rep. Cox is a great leader, especially for rural Utah, and will be a fantastic lieutenant governor,” Abercrombie said. “Rep. Cox, as vice-chair of higher education appropriations, works hard to understand each side of a policy dilemma, he is very bright and brings a thoughtful perspective to each meeting.  I'm sure he will approach his role as lieutenant governor the same way. USU will miss him on higher education appropriations, but we look forward to working with him in this new role.” 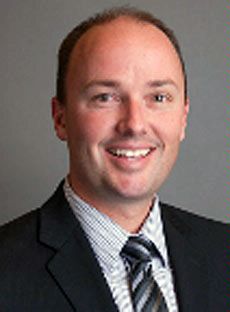