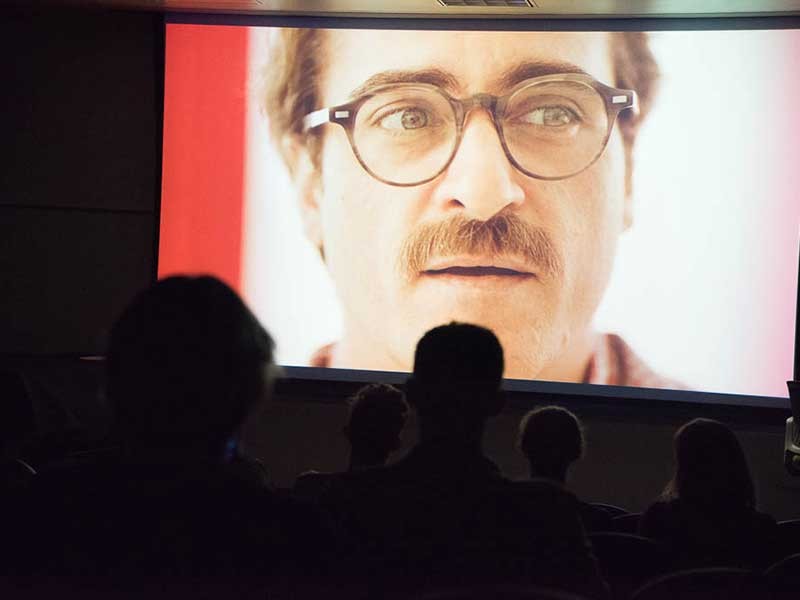 USU students interested in film now have an opportunity to watch acclaimed movies through the new USUSA Film Club.

The club, which started during the Fall 2018 semester, was created by students Samuel Berry and Holden Regnier after they and their friends began watching movies together weekly.

“We were hanging out one night back in October and we started talking about our favorite films,” Regnier said. “We kind of veered from movies to films, a bit more serious. We were like, ‘We should start a film club.’”

While the club now meets in a spacious room in the Fine Arts-Visual building, Danny Boyer, a member of the club, said they started off watching movies in a basement. “There were no seats,” he said. “We had six people and the sixth person had to lay on the floor.”

After the group met for a few weeks, Samuel Berry decided to seek out an official film club on campus. When he couldn’t find one, he and Regnier decided to start a club themselves. Berry met with David Wall, a professor of film and visual studies, who agreed to be the club’s advisor.

Every week, members of the group vote on what movie to watch the following Monday. Rather than watching blockbusters, the club tends to view acclaimed, provocative films. Movies shown this semester have ranged anywhere from the 1979 war film, “Apocalypse Now,” to the latest Wes Anderson film, “Isle of Dogs.”

Brody Smith, a member of the club, said, “We try to get out of our comfort zones a little bit with the movies we watch. We try to watch things people usually haven’t seen.” Smith enjoys the variety of movie genres the club views.

Regnier says that he enjoys watching films because of the thought and symbolism directors put into their films. “I think it’s a really cool way to express your art,” he said. Regnier’s favorite movies include “Boyhood,” “Call Me by Your Name” and “Lady Bird.”

Regnier hopes the club can help people who don’t know where to start when getting into important films. “I used to find it kind of intimidating to get into the important and acclaimed films,” he said. “It doesn’t have to be a hard thing to get into.”

According to Berry, the club has remained small this year, with a maximum of about 10 people per week, but he hopes to continue to grow the club next year. The club plans on hosting a booth at USU’s Day on the Quad event as well as other advertising efforts to increase club participation.