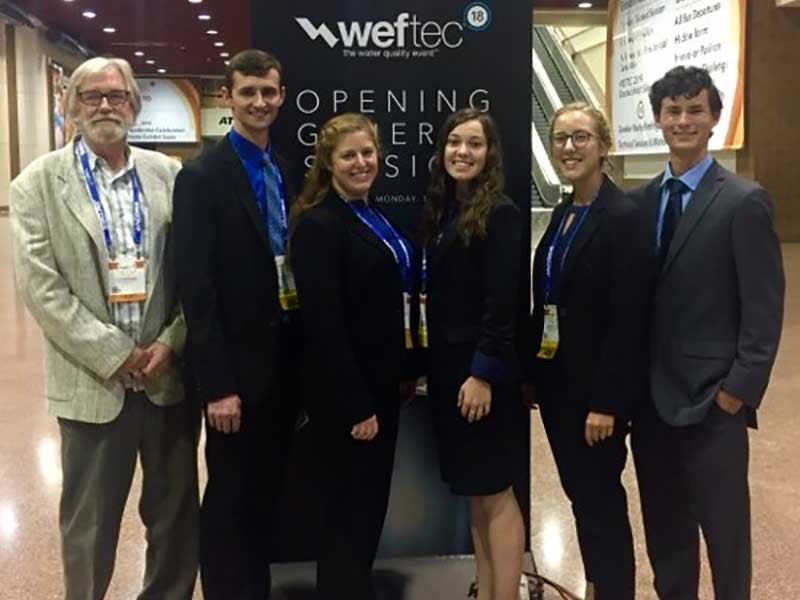 Utah State University students created an award-winning design that helps one of Utah’s wastewater treatment facilities increase the use of renewable energy using food waste as a biofuel feedstock.

The Utah State University student chapter of the Water Environment Association of Utah wowed a panel of judges at the largest water conference in the nation on September 30th, in New Orleans, LA, and tied with the University of South Florida for second place in the wastewater design category.

Design team leader Dominique Bertrand said they were able to increase the amount of biogas that is produced in two ways: First, by increasing the available capacity by reconfiguring digestion equipment. Second, by increasing the volume of food waste the facility accepts per day.

Food waste is more energy rich than municipal wastewater. Which means that food waste, when anaerobically digested, will be able to produce more methane gas. The methane gas is then processed by the facility’s cogeneration system and is converted into energy.

Dupont says the students predict that 280,000 gallons a day of food waste could be directly converted into methane and power. The students estimated they could generate around $600,000 of revenue from selling the excess power back to the grid.