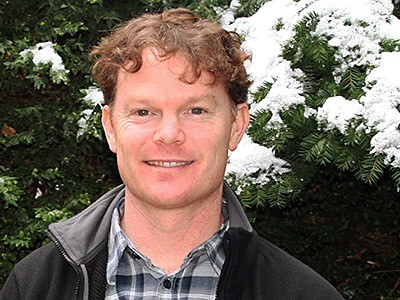 Dan MacNulty, assistant professor in USU's Department of Wildland Resources and the USU Ecology Center, has been involved with the Yellowstone Wolf Project since its 1995 inception.

Red Riding Hood’s wolf, Peter and the Wolf, the Big, Bad Wolf, werewolves and, more recently, Liam Neeson’s pack of merciless wolves in The Grey: Reach back in your childhood library or consider your movie-viewing habits and you can probably conjure up frightening images of menacing critters.

Wildlife managers will tell you few other animals of the American West incite more emotion from humans than the wolf. As wolf management in the United States moves from recovery to a new era of conservation, managers will tackle the challenges of balancing healthy wolf populations with competing interests. Successful management requires better understanding of wolf behavior and a new book offers in-depth analysis of the often-misjudged apex predator.

The authors represent a veritable “Who’s Who” of the nation’s top wolf researchers. Mech, long-time professor at the University of Minnesota and author of multiple books, has studied wolves for more than half a century. Smith and MacNulty, assistant professor in USU’s Department of Wildland Resources and the USU Ecology Center, have been involved with the Yellowstone Wolf Project since its 1995 inception.

Wolves are killers, the authors acknowledge.

“At first glance, it certainly appears that a wolf, or especially a pack of wolves, can kill just about anything it wants,” the book reads. “In fact, many laypeople even believe that wolves kill for the sheer sport of it. The reality is different and far more interesting.”

Wolves are killers, yes; like most carnivores, they kill for survival. Though many perceive wolves as ferocious and nearly invincible, the predators actually tread a precarious existence.

“Hunting is hazardous business for wolves,” says MacNulty, who’s witnessed wolves kicked, gored and stomped to death by bison and other large prey. “Wolves minimize the risk of injury by focusing on vulnerable prey, which are generally rare. So, wolves spend a lot of time on the move searching for the easiest target. Any injury that slows them down may eventually kill them.”

Wolves on the Hunt is based on thousands of hours of original field observations, behavioral data analysis and research in the literature. E-book and online versions of the book include video segments from cinematographer Robert K. Landis. 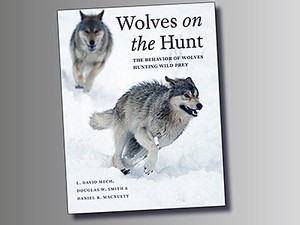 The newly published book 'Wolves on the Hunt' details the behavior of wolves hunting prey in the wild. USU ecologist Dan MacNulty is among the book’s authors. 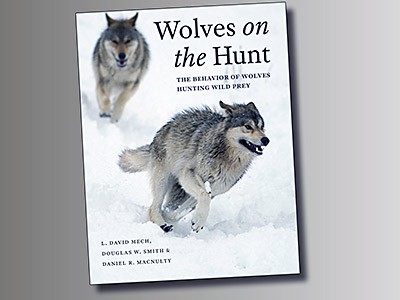