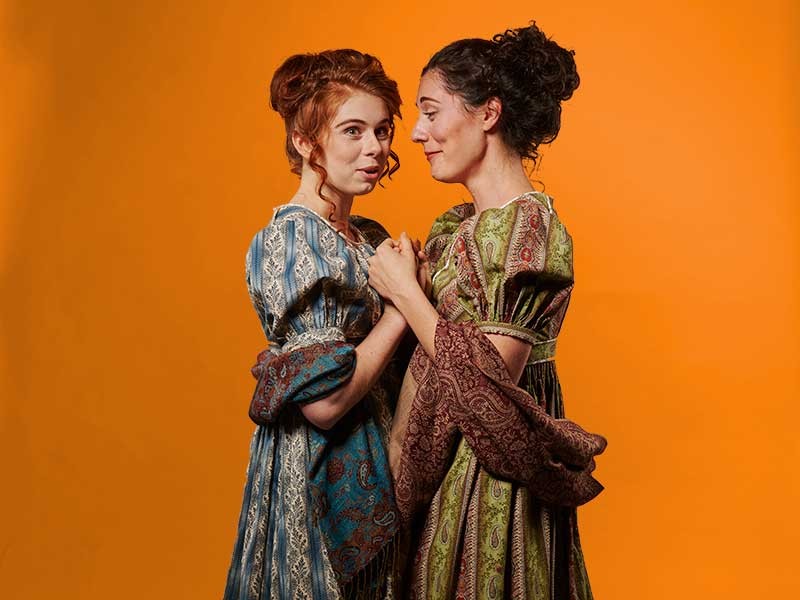 The Lyric Repertory Company (Lyric Rep), part of the Caine College of the Arts at Utah State University, opens its first show of the 51st season, Sense & Sensibility, Friday, June 15, at the historic Caine Lyric Theatre in downtown Logan.

Adapted for the stage by Joseph Hanreddy and J.R. Sullivan, the story focuses on the Dashwood sisters who learn that throughout love and loss, sense must mix with sensibility if they are to find happiness.

“Sense & Sensibility is a fun, romantic adaptation of Jane Austen’s story,” Richie Call, co-artistic director of the Lyric Rep, said. “This summer, Lyric Rep has the honor of having one of the adaptors here to direct our production. J.R. Sullivan has an incredibly impressive resume and I am so excited that he’ll be with us this summer!”

Sullivan said he and Hanreddy first started working on an adaptation of Pride & Prejudice that premiered at the Milwaukee Repertory Theater under his direction in 2009 and went on to play at the Oregon Shakespeare Festival and Utah Shakespeare Festival.

“As a follow up to our first adaptation, Utah Shakespeare Festival commissioned a new version of Sense & Sensibility which premiered at the festival under the direction of Joe Hanreddy in 2014,” Sullivan said. “It has since been done at several professional theaters around the country. Our method was to each take a section of the book and work on putting it into a certain, fluid style that we agreed upon.”

Sullivan said the novel already exists in its “perfected form” and the reason for the stage adaptation was to eliminate the narrative voice and let the entire story be told in the scenes themselves.

“In any of Jane Austen’s works there is great satisfaction in seeing how people move through the changing cultural times of England,” Sullivan said. “It’s dramatic to see that on stage. A Jane Austen expert will notice some things that are eliminated and simplified as an acknowledgement to the streamlining that’s happening for the stage but we pride ourselves in adhering closely to the narrative arc of the story.”

The opportunity to direct the show is big and it’s hard, Sullivan said. He has the huge task of making 55 scenes in the show flow. But, he loves the characters, the story and he loves living with them.

Opening June 15, Sense & Sensibility runs on select dates through August 1. Also part of the Lyric Rep 2018 season is Peter and the Starcatcher, Grey Gardens and Macbeth.