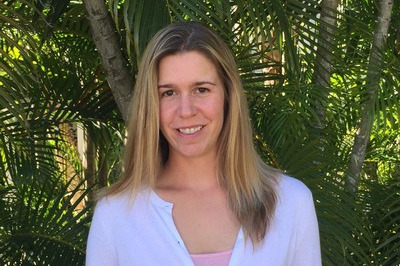 Scorching summer heat in the world’s Northern Hemisphere is straining power grids, fraying nerves, fueling wildfires and sending people to the hospital. Many humans can find at least temporary respite, but their activities are having a huge impact on more vulnerable species – namely, lizards.

French fosters collaborations with colleagues from diverse disciplines across USU, in addition to creating meaningful learning opportunities for students. In recognition of her outstanding efforts, the Department of Biology and USU Ecology Center professor was named the university’s 2022 Faculty Researcher of the Year.

She says the ways in which reptiles, including lizards, regulate and maintain key life-history processes– especially in a changing environment– are not well understood.

The ecologist’s work takes her across varied continents and ecosystems. French studied iguanas in the remote, sparsely populated Galápagos Islands – a place she said is an "incredibly pristine site of diverse species that inspired Charles Darwin’s theory of evolution in the 19th century and reminds me of why I got into science."

French also studied lizards in popular tourist areas in the Bahamas, where human visitors are loving rock iguanas to death with sugary treats. She also makes frequent trips to southern Utah’s iconic red rock sites to examine how lizards are coping with increased temperatures, human development of desert oases and the spread of non-native, invasive plans, including cheatgrass.