The History of Computer Science at USU

In 1961 Dr. Rex L. Hurst acquired an electronic digital computer in his Department of Applied Statistics at Utah State University (USU) to manage work his department was doing for the Dairy Herd Improvement Association, and other data intensive projects. Dr. Hurst is the father of Dr. Vicki Allan, who is currently an Associate Professor of Computer Science at USU.

The computer Dr. Hurst acquired was an IBM 1620, the first one delivered west of the Mississippi. It had 40,000 addressable 6-bit storage locations. Six bits could only represent 64 characters which included the upper-case letters, decimal digits, arithmetic operators, punctuation marks and special characters, no lower case. It had multiply, divide and subtract instructions, but no add instruction. It was nicknamed CADET for Can't Add, Doesn't Even Try; it added by doing a table lookup. It had no operating system. Programs executed one at a time. They were loaded from a deck of punched cards, the first of which had to be a bootstrap card with instructions to load the rest of the deck then turn control over to the program just loaded. It was originally housed in the east wing of the basement of Old Main. 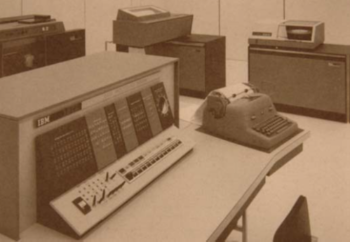 Professor Wendell L. Pope was teaching in the Department of Mathematics and was the only person on campus who had programmed a digital computer when he was asked to help with the 1620. He had learned programming on a Univac 1103A (a vacuum tube type machine) while working for Lockheed Missiles and Space Division in Palo Alto, California, and on an IBM 350 (a decimal machine using 5 bits to represent a decimal digit) while attending Stanford University, also in Palo Alto. As a result of this request, he was given a joint appointment in Mathematics and Applied Statistics, until he was appointed Director of the Computer Center in 1969. 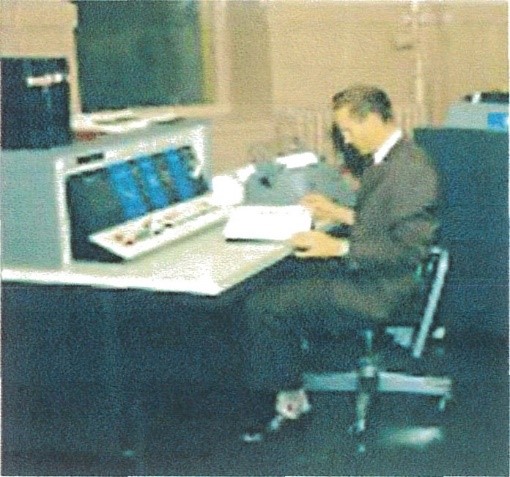 In addition to programming the 1620, Professor Pope developed and taught Computer Science courses. As part of his experience with the 1620, he developed and taught: Computer Programming, (Comp. Sci. 145 and 146); Programming Scientific Problems (FORTRAN), (Comp. Sci. 167); Advanced Programming, (Comp. Sci. 182); and Operations Research, (Comp. Sci 245 and 246). The Operations Research classes were eventually taken over by the College of Business (currently the Jon M. Huntsman School of Business). Dr. Pope also developed and taught Numerical Methods (Math 124) and Numerical Analysis (Math 125 and 126). Many disciplines were greatly enhanced by and singularly adapted to computers. In 1966, USU students could enroll in a Bachelor of Science in Computer Science degree program, the first such degree program in the State of Utah. Professor Pope regards Dr. Hurst as the founder of digital computing at USU, and himself as the founder of Computer Science at USU.

Over the years, the Computer Science Department at USU was housed in the basement of Old Main, the Computer Services Building, and the Military Science building, before being moved to its current home on the fourth floor of Old Main.