Romanian Ambassador to Visit USU: Rescheduled for a future date 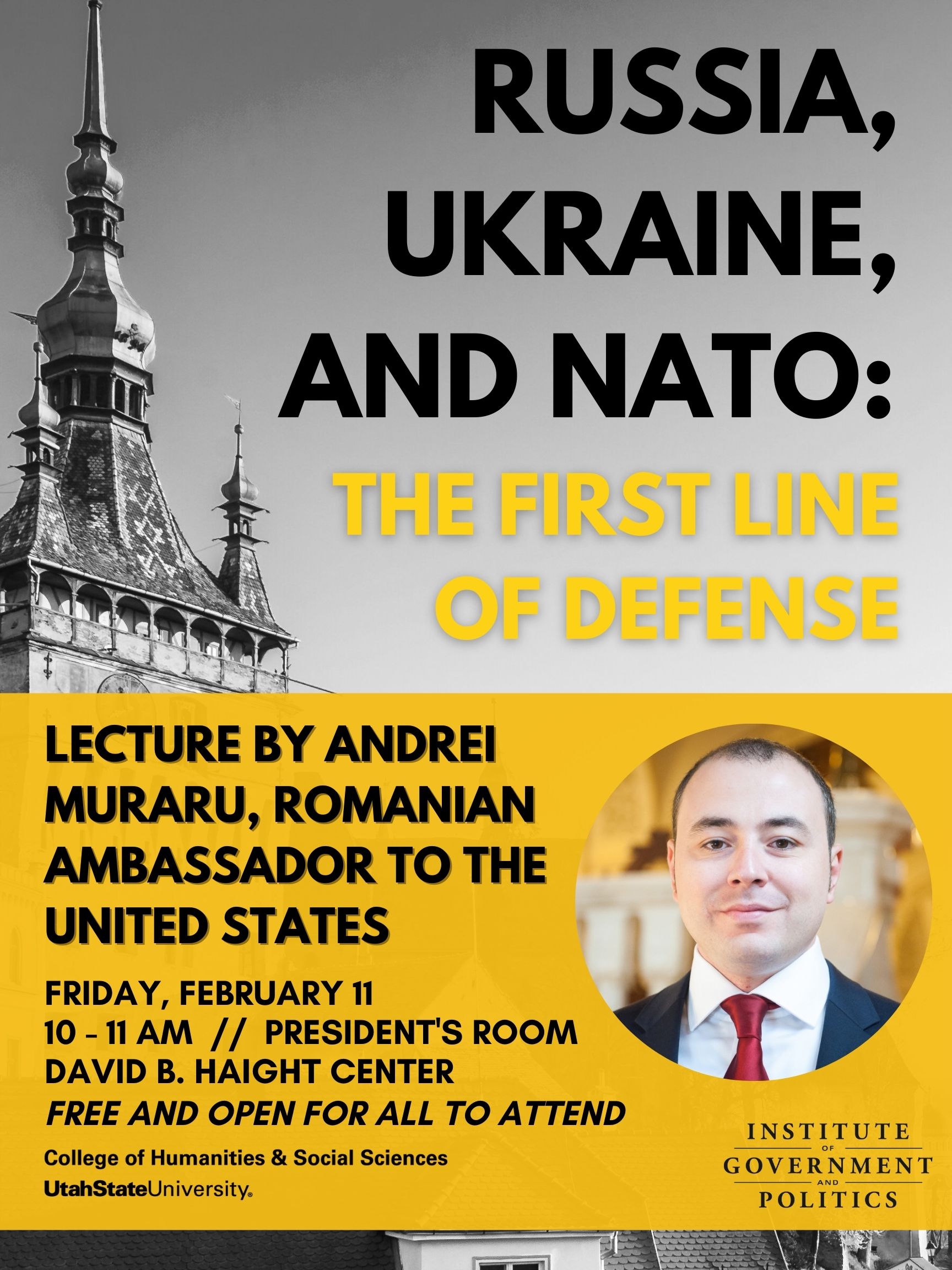 RESCHEDULED FOR A FUTURE DATE--The Institute of Government and Politics and the College of Humanities and Social Sciences are happy to announce that His Excellency Andrei Muraru, the Romanian Ambassador to the United states, will be visiting USU on Friday, February 11. He will be providing a lecture on pressing current affairs between Russia, Ukraine, and NATO. Ambassador Muraru has worked at the Institute for the Investigation of Communist Crimes and the Memory of the Romanian Exile (IICCMER) since its foundation, holding different offices, from expert-researcher to Executive President (2012-2014). Between 2006 and 2009, he acted as counselor within the Chancellery of the Prime Minister of Romania and was also personal advisor to the General Director of the National Archives of Romania (CNSAS). He was also a member of the Administrative Board of the Romanian Television. Between July and December 2014, he was personal advisor to the President of the National Liberal Party, Klaus Iohannis. Between 2014 and 2021, Andrei Muraru was Senior Advisor to the President of Romania, Klaus Iohannis, at the Presidential Administration, serving as the head of the Department of Relationship with Public Authorities and Civil Society.

We at the IOGP feel very lucky to have such an estemmed guest and hope that students can learn from Ambassador Muraru's experiences. This event will be held Friday, February 11 at 10:00 a.m. in the David B. Haight Center.