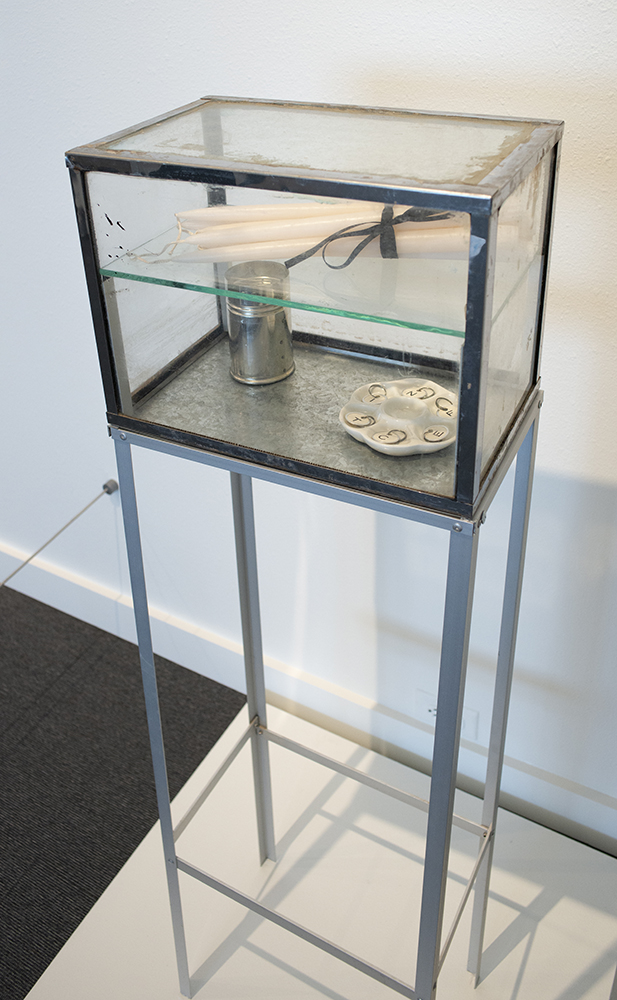 Nayland Blake is an American artist who has opted to use “they/them” pronouns, a decision that was made partly in solidarity with those whose gender expression does not fit a binary, as well as a nod to their own racial and sexual identity. Gender ambiguity, desire, interracial attraction, same-sex love and the intolerance of prejudice are recurrent themes in Blake’s sculptures, drawings, performances and videos. Their mixed-media work has been variously described as disturbing, provocative, elusive, tormented, sinister, hysterical, brutal and tender.

Born in New York, NY, Blake attended Bard College in Annandale-On-Hudson and then moved to California where they attended the California Institute of the Arts, Valencia. The range of subjects that Blake has addressed in their work, and the range of materials they have used, has made it difficult for them to occupy a tidy niche in the art world, and as their website states: “Nayland Blake calls themselves an artist. That should be enough.”

This piece deals with infection and quarantine. Blake considers the challenges of relationships through the lens of the AIDS epidemic. Blake has used forms that feel familiar yet sterile to tell the story of the infected.