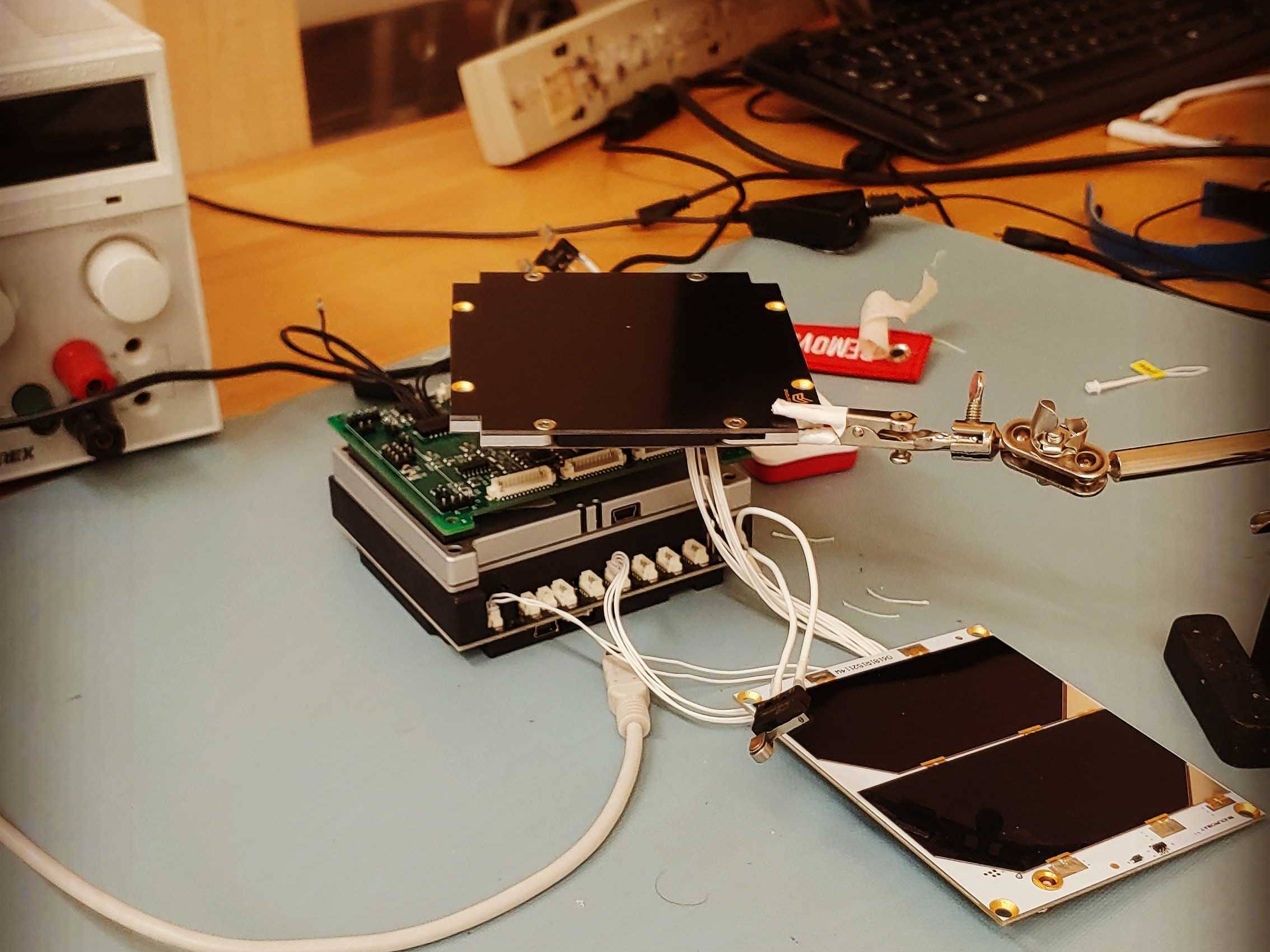 Get Away Special Passive Attitude Control Satellite in FlatSat configuration

At the beginning of the summer the electrical team spent time testing the PCB (Printed Circuit Board) and making sure all of it's systems worked correctly in preperation to go space. The previous electrical team lead, Nik Clark, designed our current board with Ben and Donna spending significant time testing each component on the board. Some of the components the Electrical team test include; transistors, sensors, continuity, etc. The Electrical team also spends considerable time researching and testing the best conformal coating to use on the board. Conformal coating is essential because it will protect the board from outgassing.

When we are not working on big projects like testing the board and soldering, we work on documentation. The electrical team is currently getting ready to start integration testing. Until then We are working on radiation testing. In order to send the pi through radiation testing we need to prepare the circuit on the breadboard. This circuit will contain the pi, watchdog, and the LLC. Radiation testing is critical to understanding the risks with electrical components in space. Radiation in space can impact the reliability of electronic equipment. If something were to happen to the satellite while it is space it could result in a mission failure. Therefore we are putting in extra hours to try and mitigate the effects it will have on our parts. It is important to know as much as we can so we can fix errors when they occur. Extensive testing on the board helps us learn as much as possible about it.