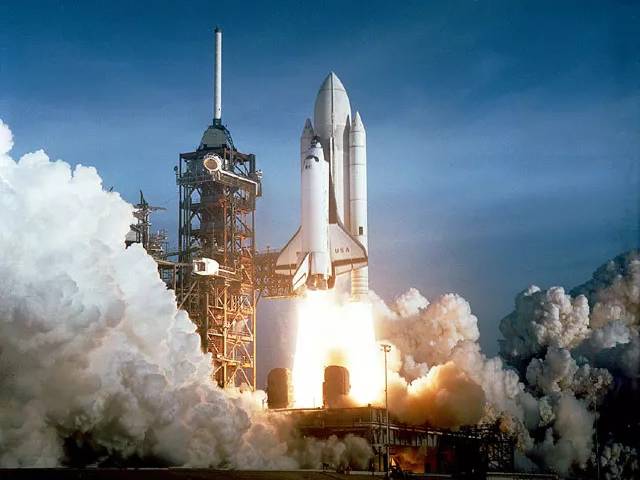 GET AWAY SPECIAL | First Launch

USU's first GAS payload, also the world's first, flew on
STS-4 which launched on June 27, 1982. G-001 was a very
ambitious payload. One experiment grew successive
generations of fruit flies to see if microgravity would
affect their genetic structure. Other tests examined
the effects of microgravity on epoxy resin-graphite
camposite curing, brine-shrimp genetics, duckweed root
growth, soldering, homogenous alloy formation, surface
tension, growth rate of algae, and thermal conductivity
of a water and oil mixture. Two students flew Masters
degree projects. The first was a survey of the
distribution of temperature within the payload. The
other was in response to the need for an affordable
microcontroller. The student developed a controller for
use in GAS canisters.

In 1981 Columbia was the first shuttle to reach space. Columbia carried dozens of astronauts into space during the next two decades, reaching several milestones. Columbia also underwent upgrades as technology advanced.
However, the shuttle and a seven-member crew were lost over Texas when Columbia burned up during re-entry on Feb. 1, 2003. Columbia's loss prompted NASA to do extra safety checks in orbit for all future missions.

"Space is for everybody. It's not just for a few people in science or math, or for a select group of astronauts. That's our new frontier out there, and it's everybody's business to know about space."

Here at the GAS Team we are focused on providing opportunities to get involved in space.