The Utah State University College of Science is home to a tradition of outstanding undergraduate researchers. The following stories highlight current undergraduate research projects across the departments of Biology, Chemistry and Biochemistry, Computer Science, Geosciences, Mathematics and Statistics, and Physics. 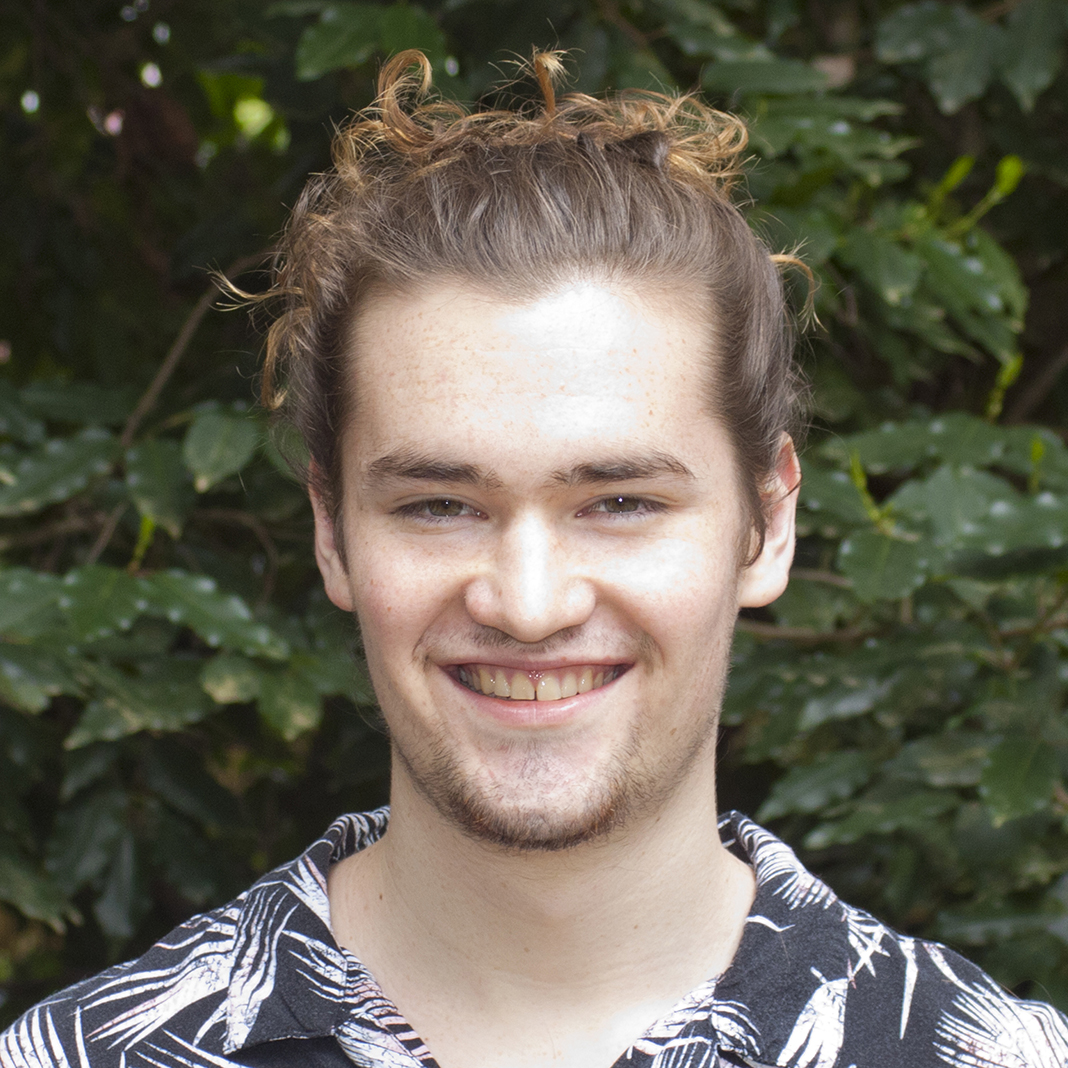 Ethan Ancell set out on an ambitious journey to rewrite the code for a previously existing machine-learning method to develop a better model to measure soil moisture across Utah.

“Many ecological and spatial processes, like the amount of soil moisture, are complex in nature and are not accurately modeled by linear models,” says Ancell, a dual statistics and computational mathematics major. “Regression trees, which are predictive modeling approaches, promise to handle the high-order interactions present in ecological and spatial datasets, but fail to produce physically realistic characterizations of the underlying landscape.”

Within a few, short decades, Americans, along with people throughout the world, have come to rely on modern antibiotics to treat commonly occurring maladies, such as strep throat and sinus infections. Yet the convenience and effectiveness of these so-called miracle drugs has also fostered complacency, along with the increasing incidence of dangerous antibiotic resistance.

“This is an emerging crisis, facilitated by the misuse of antibiotic drugs,” says Utah State University undergraduate researcher Kade Roberts. “If current trends continue, antibiotic-resistant superbugs could shatter our healthcare and agricultural systems, forcing us to revert to a pre-antibiotic era.” 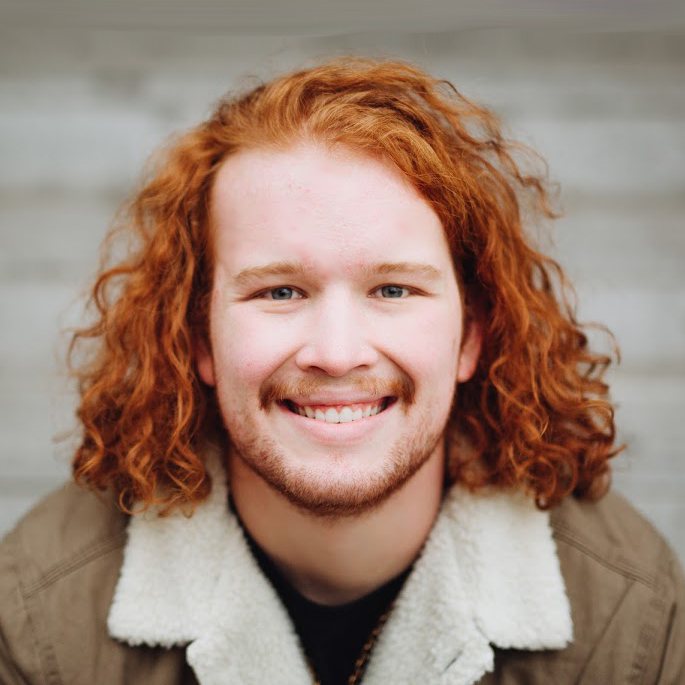 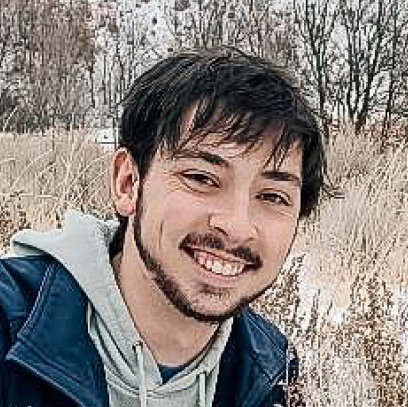 True-blooded Aggies love the spot where the sagebrush grows and they may have reasons to love it even more, say Utah State University undergraduate researchers David Suisse and Kayla Wasden Suisse. David Sussie's wife and research partner, Kayla Wadsen Sussie, learned Native Americans in the Intermountain West have long used Artemisia tridentata to treat such ailments as stomach pain, colds, coughs, eye irritation and snake bites, as well as an insect repellant. They are studying to see if the plant is a natural alternative to common antibiotics.

“You might not immediately think of antibiotics and their role in national security, but it’s a shorter leap that you would imagine,” says David Suisse, a North Ogden, Utah native and aspiring physician, who is pursuing minors in biology and chemistry. “I’m a big believer in combining science with the humanities. Being part of the Center for Anticipatory Intelligence has enabled us to share ideas with peers from all different disciplines. It’s been a great learning experience.”

True-blooded Aggies love the spot where the sagebrush grows and they may have reasons to love it even more, say Utah State University undergraduate researchers David Suisse and Kayla Wasden Suisse. Kayla Wadsen Sussie, along with her husband and research parent, David Sussie, learned Native Americans in the Intermountain West have long used Artemisia tridentata to treat such ailments as stomach pain, colds, coughs, eye irritation and snake bites, as well as an insect repellant. They are studying to see if the plant is a natural alternative to common antibiotics.

“The sagebrush species Artemisia tridentata, also known as ‘Big Sagebrush,’ secretes chemicals that kill pathogenic microbes,” says Kyala Wasden Suisse, a biology major.“We’re studying the antimicrobial activities of the plant’s leaves, stems, roots and flowers, which could further efforts to identify and characterize the secondary metabolites involved in this process and lead to new insights on antibiotics and other pharmaceuticals.” 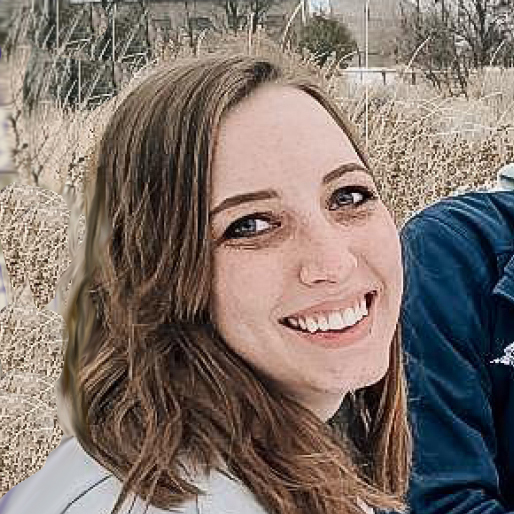 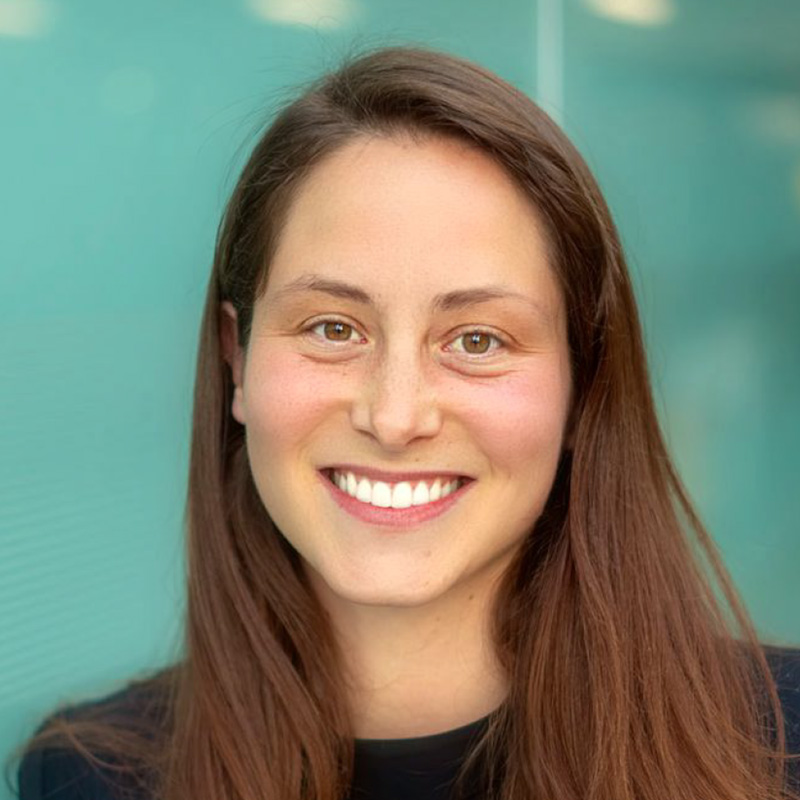 Imagine fleeing untenable conditions in your homeland. While you may feel relief, you’re immediately confronted with uncertainty and frustration, as you learn to navigate a new country, a new language and a new culture. Piled on top of your worries are concerns about making a living, creating a home and ensuring a stable environment for your loved ones. Overriding everything is your health and the health of your family.

“Refugees and immigrants are in a vulnerable situation for many reasons and health is always a dimension,” says Utah State University undergraduate researcher Rachel Hyman. “It’s hard to separate health from well-being.”

“Our valley’s high concentrations of fine particulate air pollution (PM2.5) are among some of the worst reported in the United States,” says Sagers, a USU Honors student majoring in human biology and public health, with an environmental health emphasis. “Exposure to PM2.5 is associated with cancer and a variety of cardiovascular, cardiopulmonary and neurodegenerative diseases, but no long-term studies have been conducted in our valley, so limited data is available.” 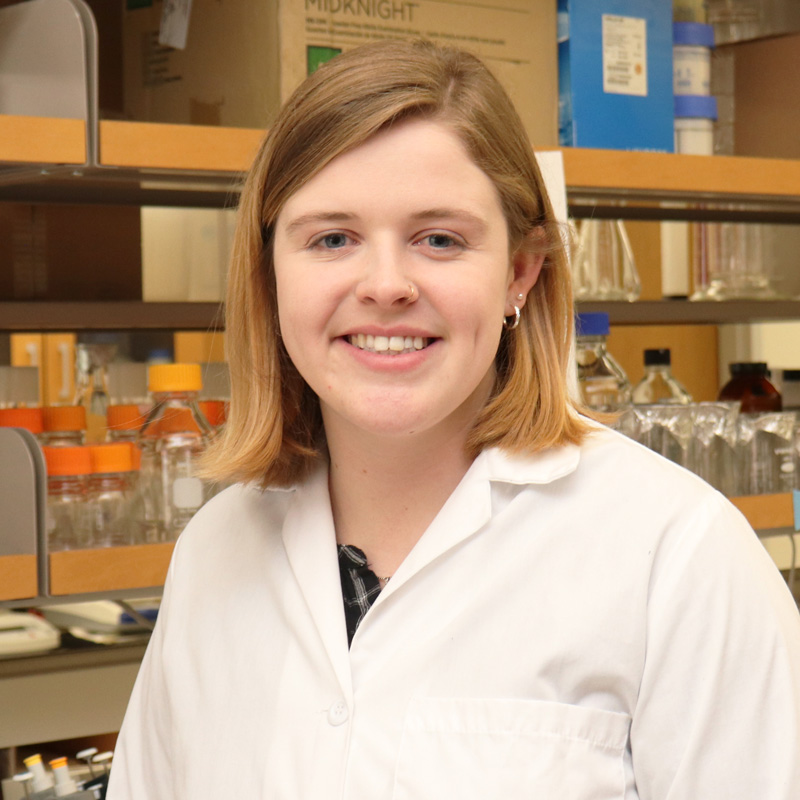 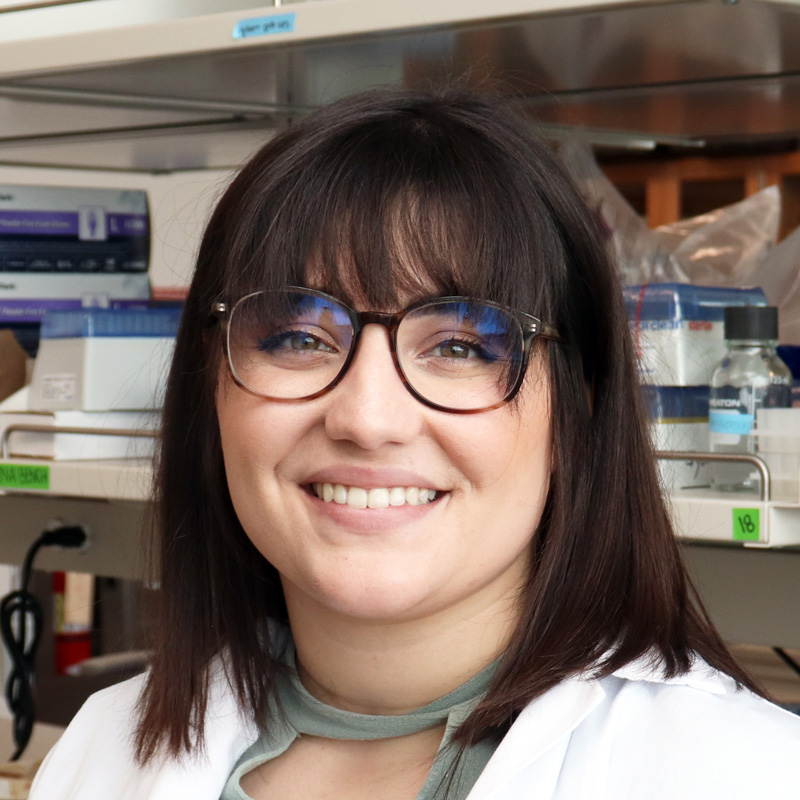 Utah State University undergraduate researcher Anna Figgins, one of those intrepid investigators, is exploring the role of small, non-coding RNA in bumble bees.

“Bumble bees exhibit sophisticated forms of cooperative behavior,” says the Payson, Utah native. “The division of labor between queens and workers is associated with large phenotypic differences that emerge from a shared genome. This suggests caste differences stem from changes in how shared genes are regulated.”

As part of a research project, Utah State University physics major Matthew Hogan sits in a lab and watches plants grow. And it’s a far-from-boring exercise, he says.

“It’s a new learning experience every day,” says the Undergraduate Research Fellow of his efforts which, upon further investigation, involve much more than passively observing flora. “This project continually challenges my brain.” 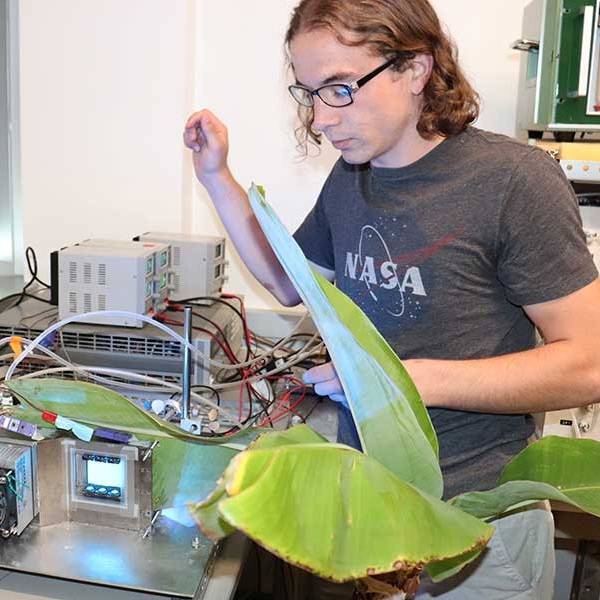 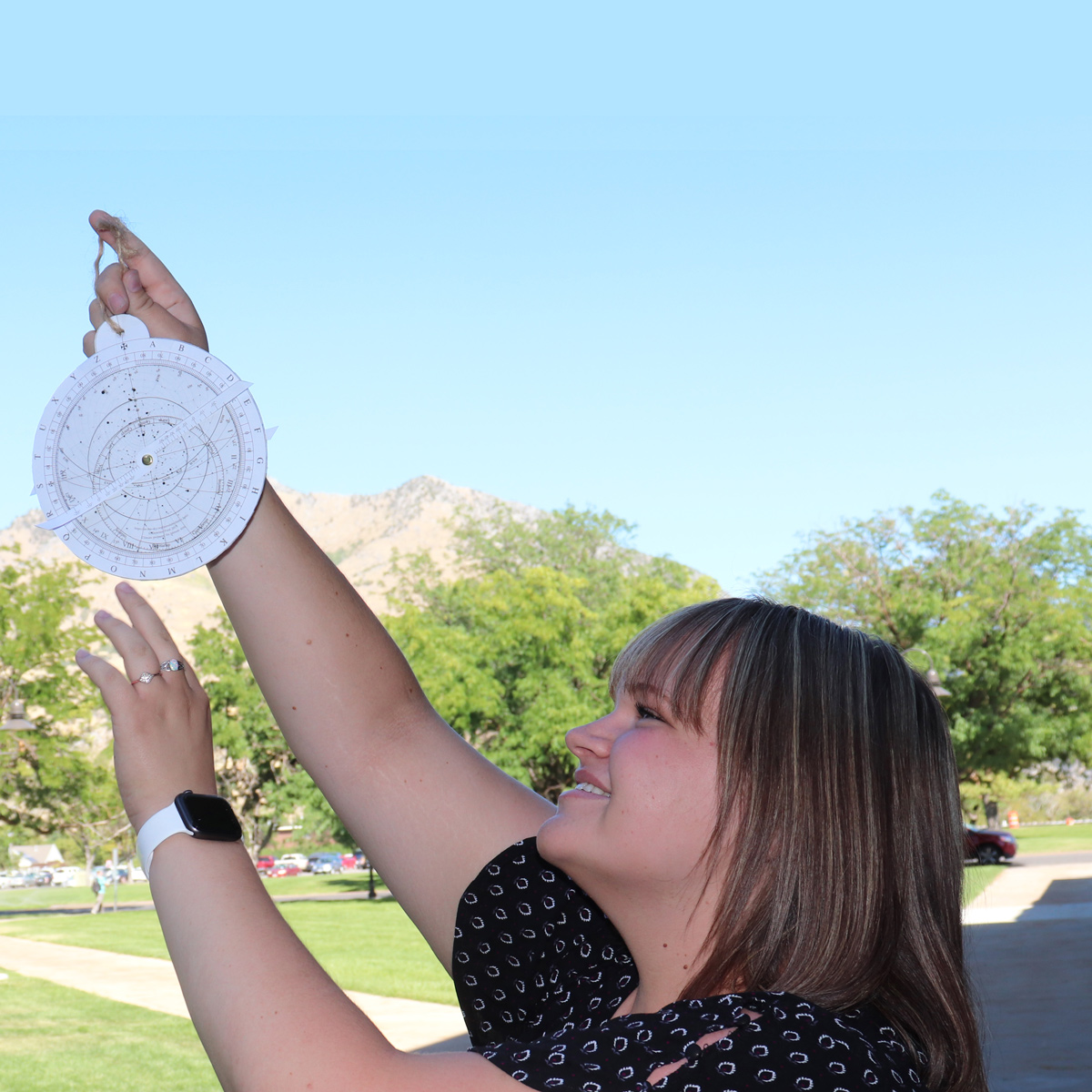 Utah State University Undergraduate Research Fellow Olivia Brock loves solving jigsaw and logic puzzles, as well as the congeneric grace and physics of bowling and ice skating. She loves reading, writing, and the art and science of airplanes.

“One of my first science fair projects as a child was developing a paper airplane demonstration showing how airplanes fly,” says the West Valley City, Utah native, who graduated from Hunter High School in 2017. “My partner and I won first place.”

As a pianist, Utah State University undergraduate researcher Christian Lange knows that listening to music is best, when it’s in a quiet setting. A silent atmosphere, where the listener can experience every lyrical nuance, every pause, every richly ornamented passage.

“The same is true when measuring light,” says the USU Honors student and physics major. “You want to eliminate any noise that could interfere with the measurement.” 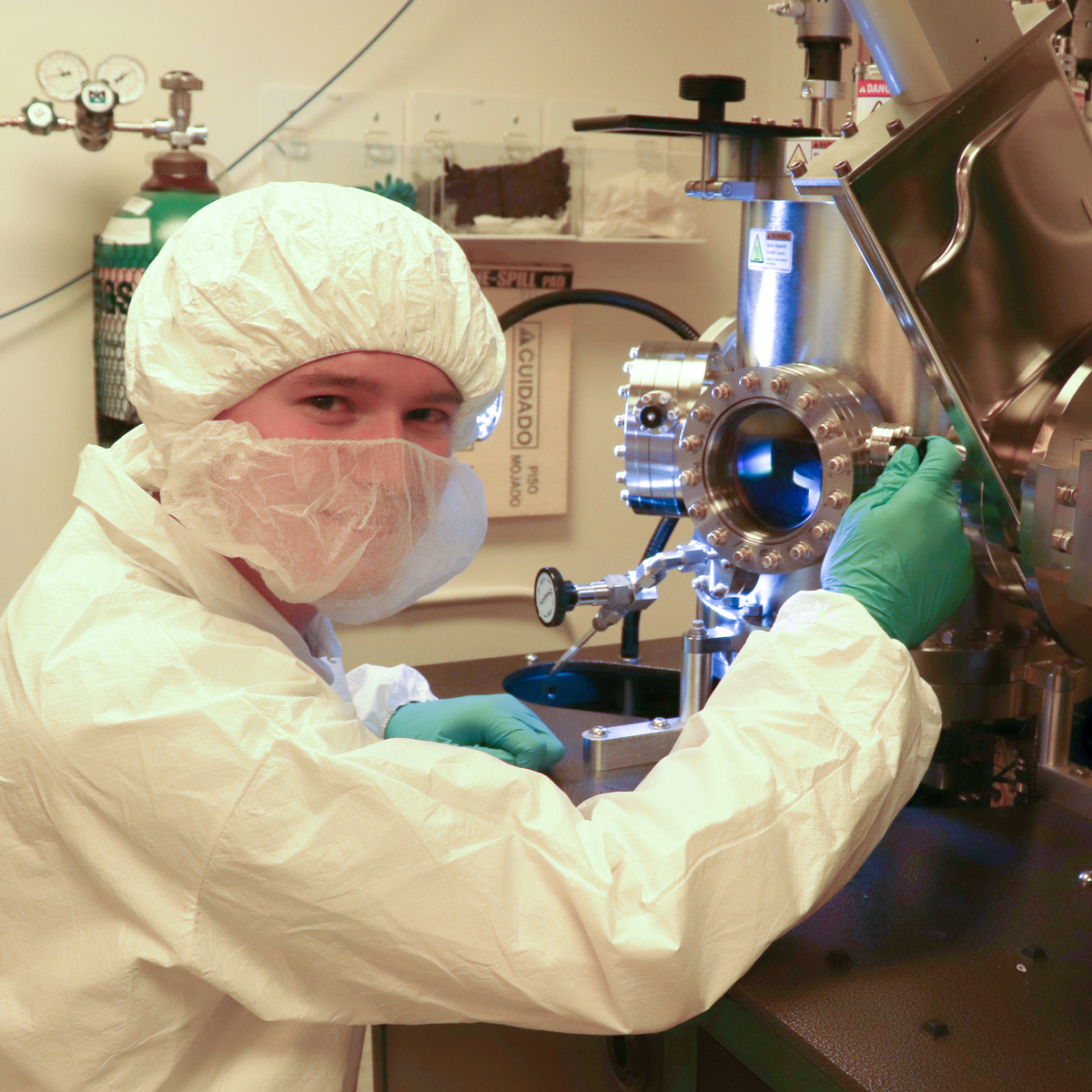 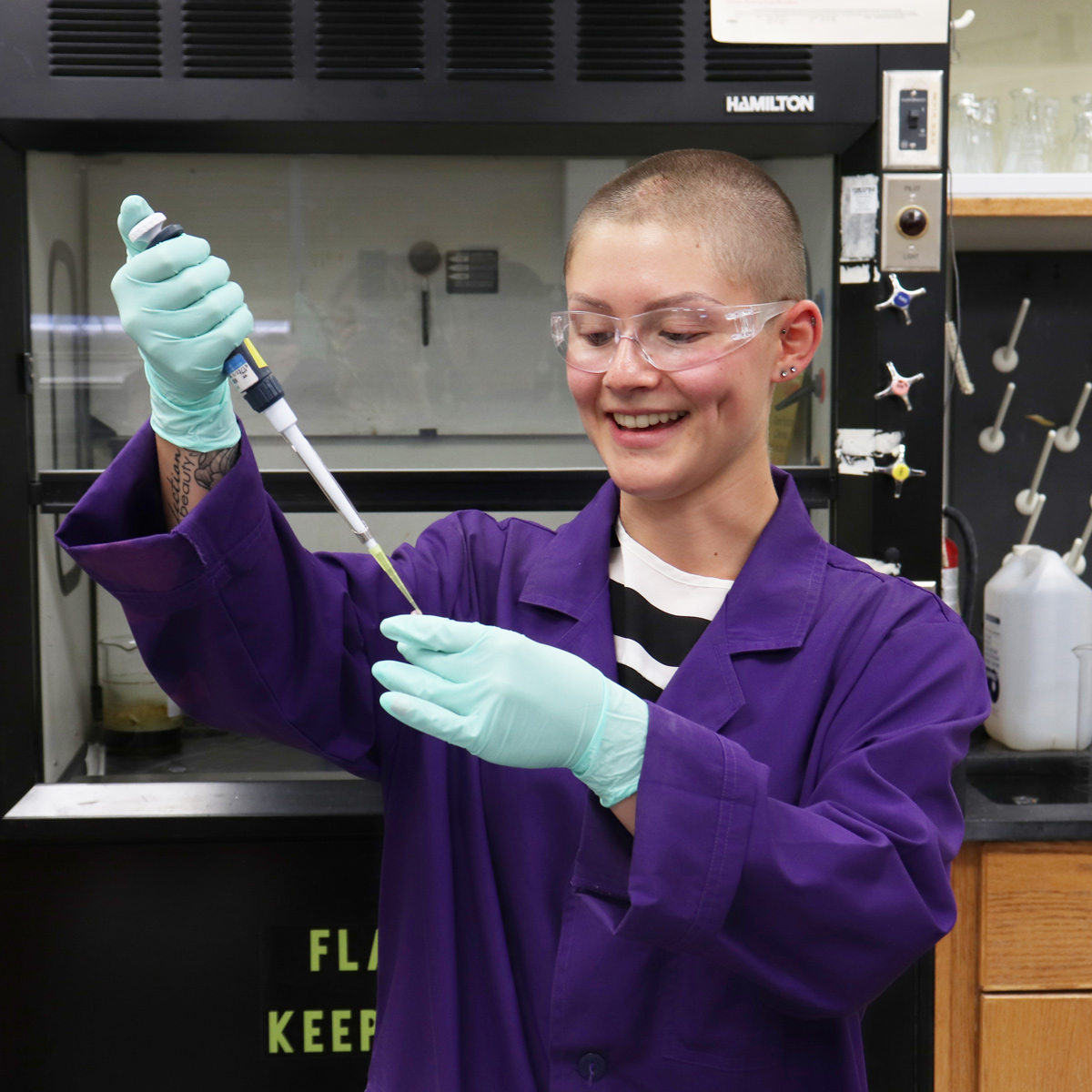 “I fell in love with Utah State and with research,” says the 2017 graduate of Utah’s Skyline High School and recipient of a USU Presidential Scholarship, who is majoring in molecular and cellular biology. “Pursuing a question and being able to explore it. That’s where I thrive.”

Awarded a USU Undergraduate Research and Creative Opportunities (URCO) grant, Lidgard is investigating the effects of human-induced environmental changes on side-blotched lizards, a species found in abundance in the deserts of western North America.

“But you learn not to throw in the towel,” says Taylor, a Utah Valley native, who entered USU on a Dean’s Scholarship. “Sometimes, you just need to hit the ‘pause’ button and get some fresh perspectives.” 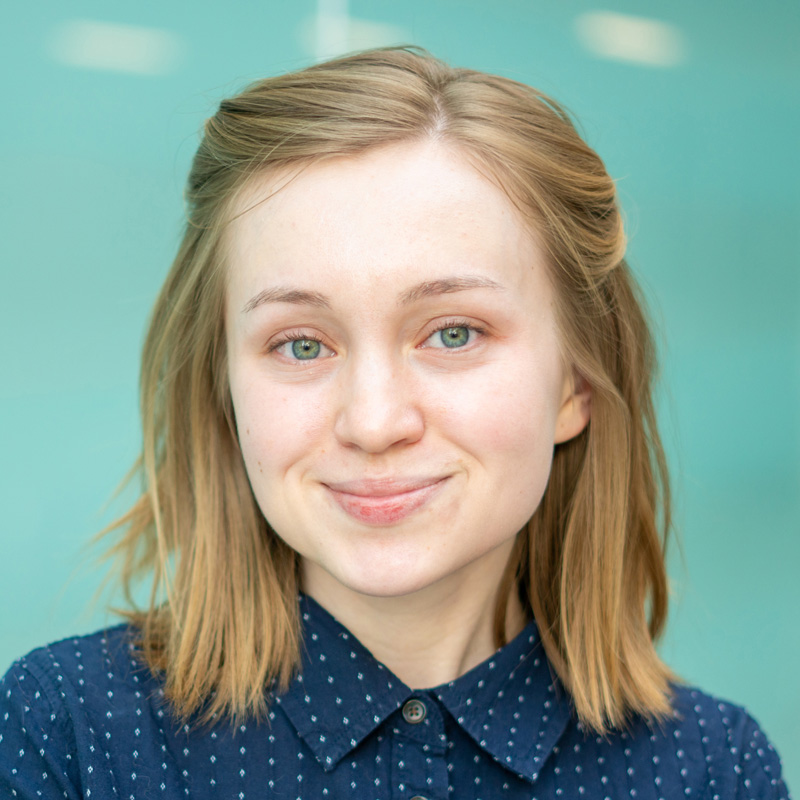 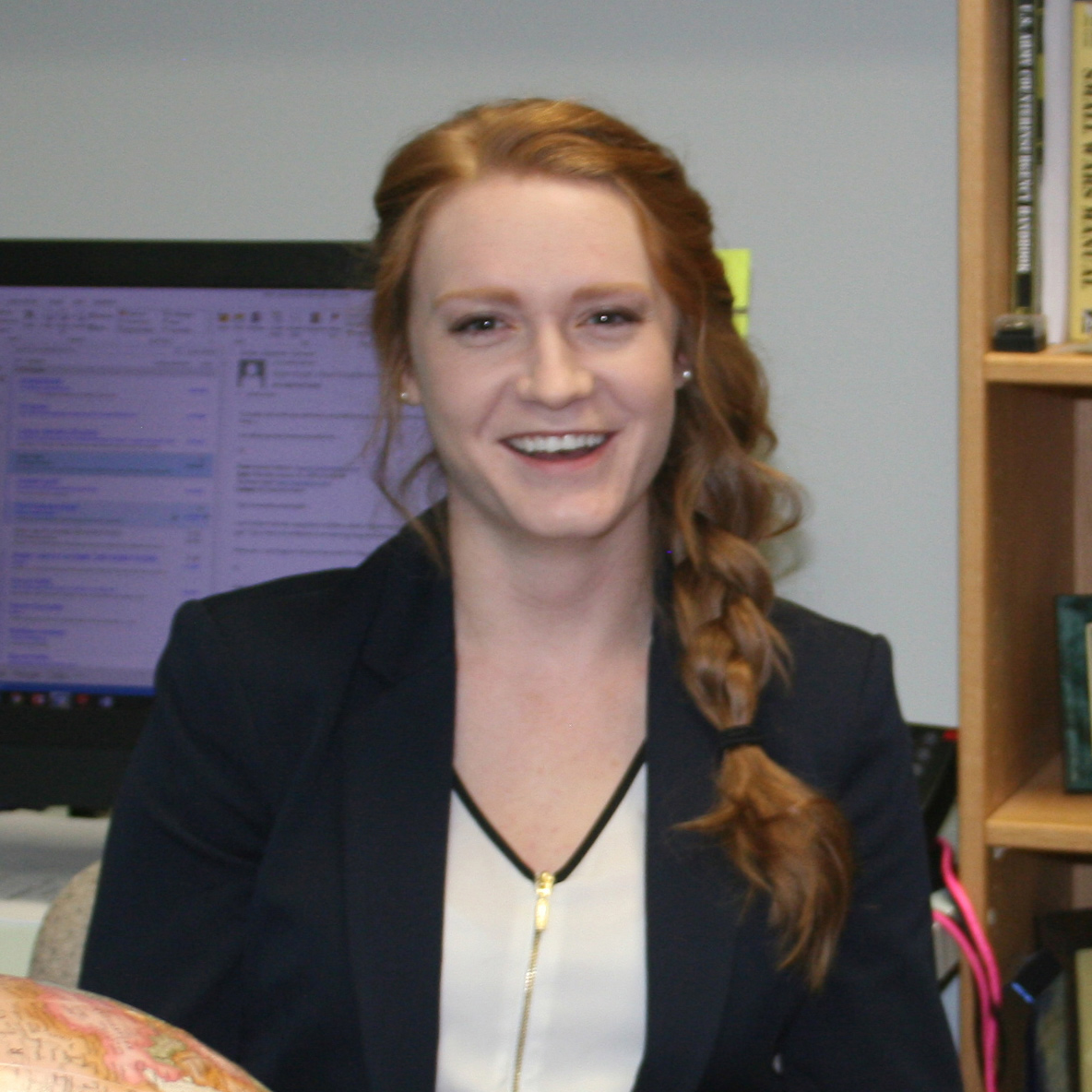 Firearms constructed with 3D-printed parts aren’t suited for the long haul. After firing a few rounds, barrels warp, break and they’re ready for disposal. And that’s what provides advantages to criminals. Built at home without serial numbers and discarded after use, the untraceable weapons contribute to a larger “ghost gun” problem.

Utah State University undergraduate researcher Tori Bodine wonders just how many of these weapons are in circulation. In the Sacramento, California area alone, she says, ATF agents reported seizure of 270 such firearms in 2017, but those figures may only scratch the surface.

“Many think of it as a tool for editing DNA and correctly see its potential for curing diseases,” he says. “Simply put, CRISPR is an immune system found in bacteria.” 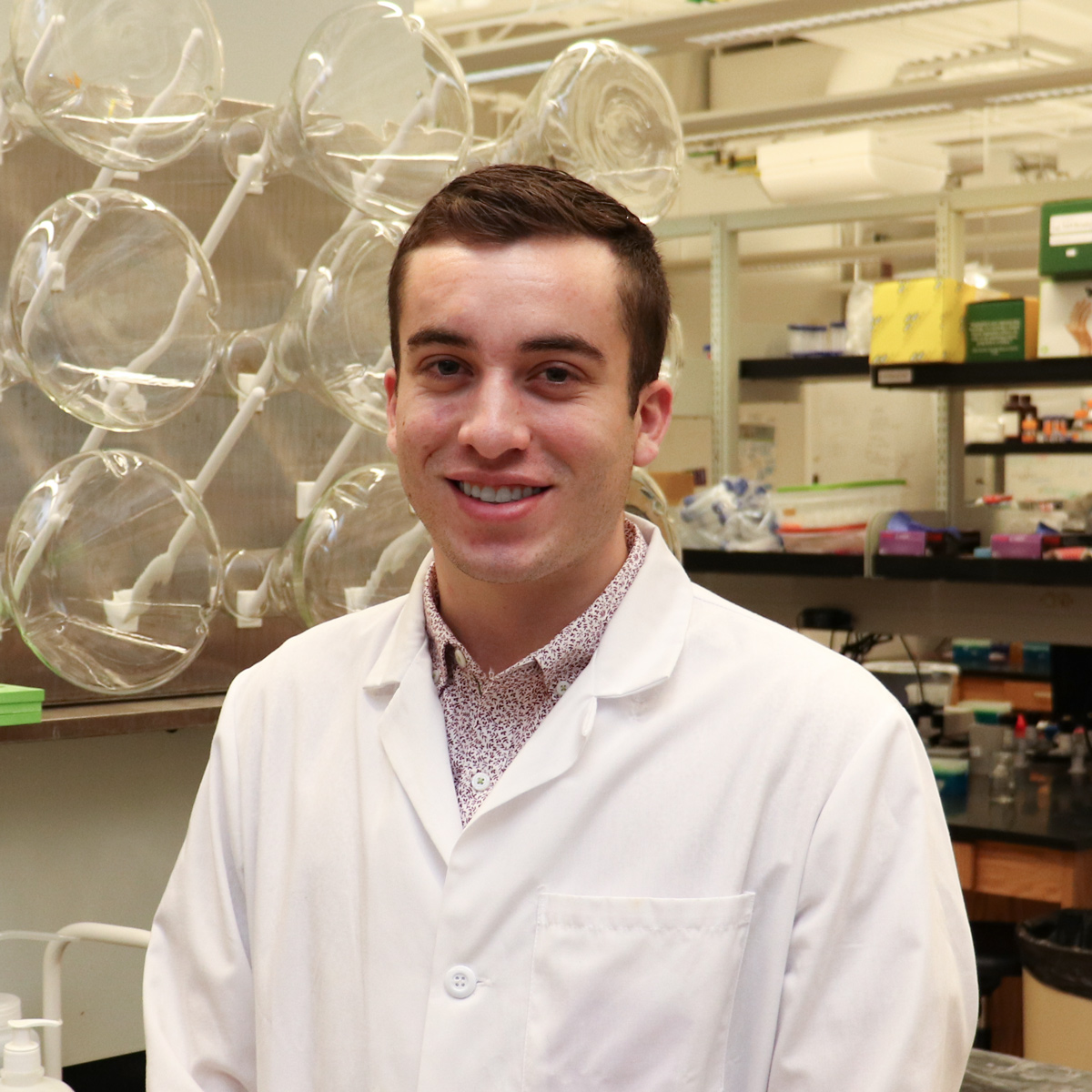 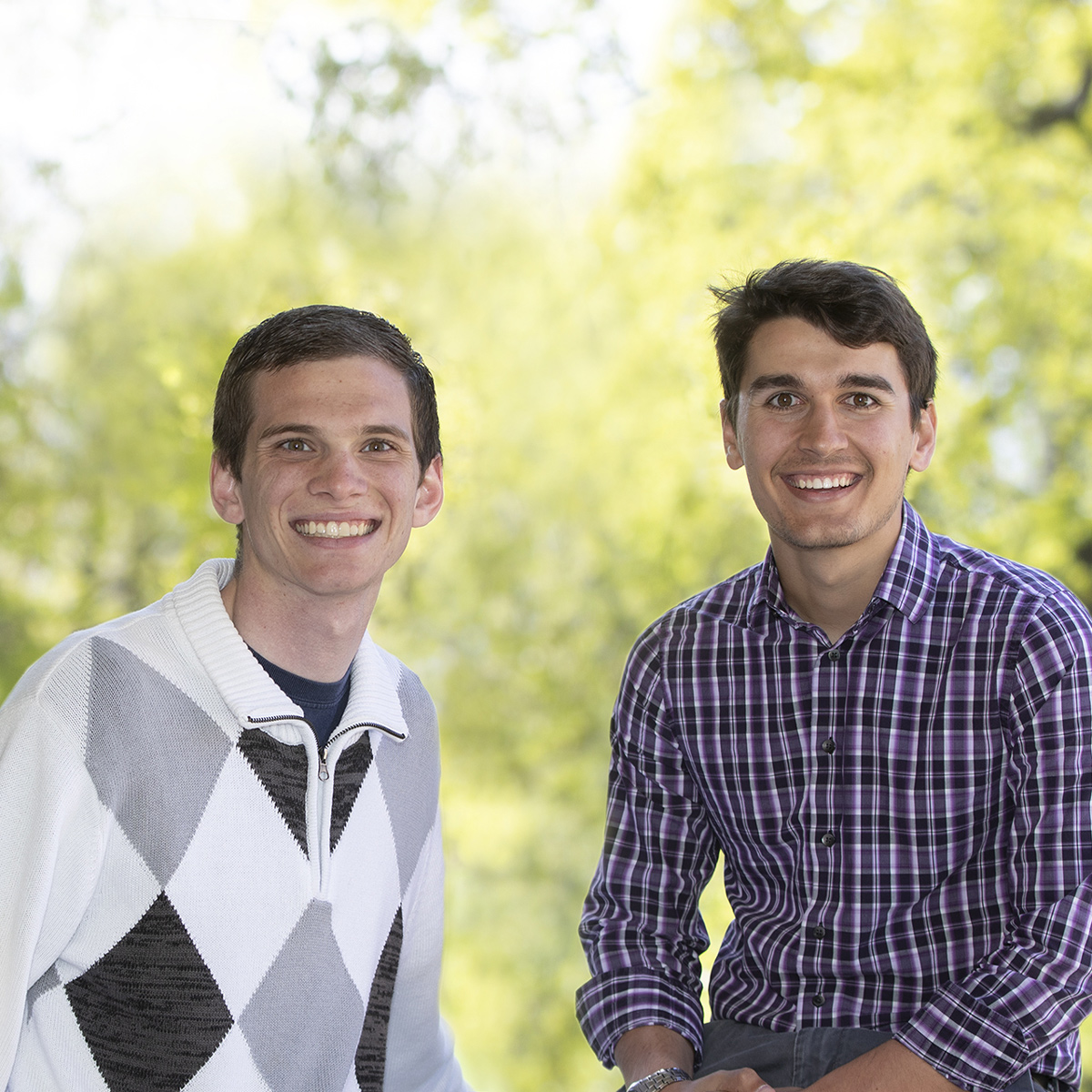 The awards were announced April 26 by the Barry M. Goldwater Scholarship and Excellence in Education Foundation, which administers the program.

Read about Bryce and Ethan's Research 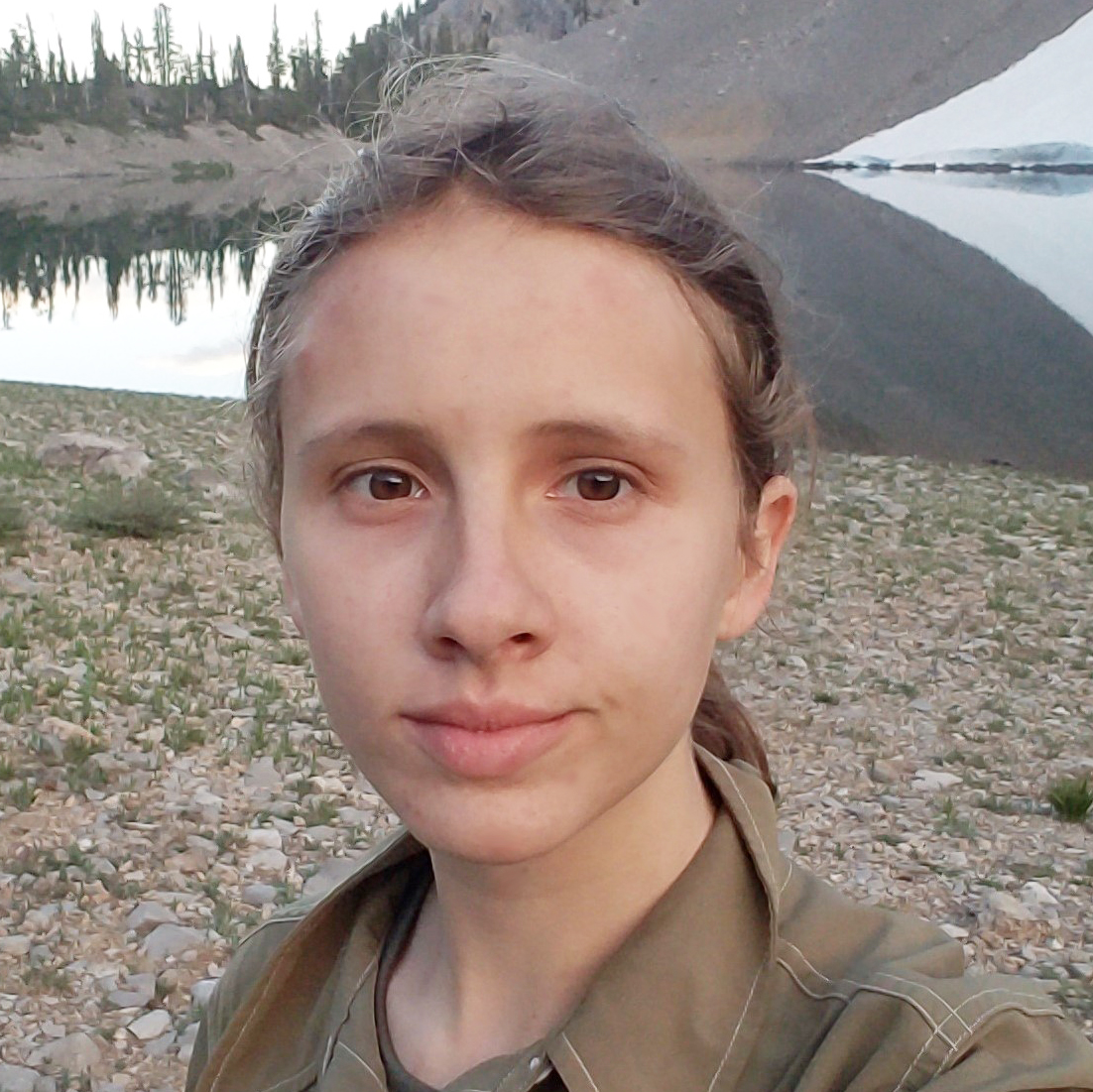 DiMonte is pursuing a master’s degree in geology in the Department of Geosciences. With faculty mentor Alexis Ault, she is investigating fault surfaces coated with hematite, a reddish-black mineral consisting of ferric oxide, in southern California’s Mecca Hills mountain range.

“We’re looking at hematite that may have slipped slowly in the past without producing earthquakes and heat,” DiMonte says. “To test this hypothesis, I’m using scanning electron microscopy (SEM) and transmission electron microscopy (TEM) to look at the textures of fault rocks that were brought up to the surface from depth and (U-Th)/He thermochronology to date the timing of hematite mineralization and fault activity.”

Guo, a master’s student studying data science in the Department of Computer Science, is conducting research on anomaly detection on system logs. With faculty mentor Shuhan Yuan, she proposes to adopt a state-of-the-art learning technique called “Transformer,” to identify the underlying pattern of log sequences that differ from normal behaviors.

“By comparing the performance of our model against RNN-based models, deeplog and loganomaly, we expect thatTransformer for log anomaly detection will help domain users identify abnormal events in logs within a shorter time without decreasing the prediction accuracy,” Guo says. 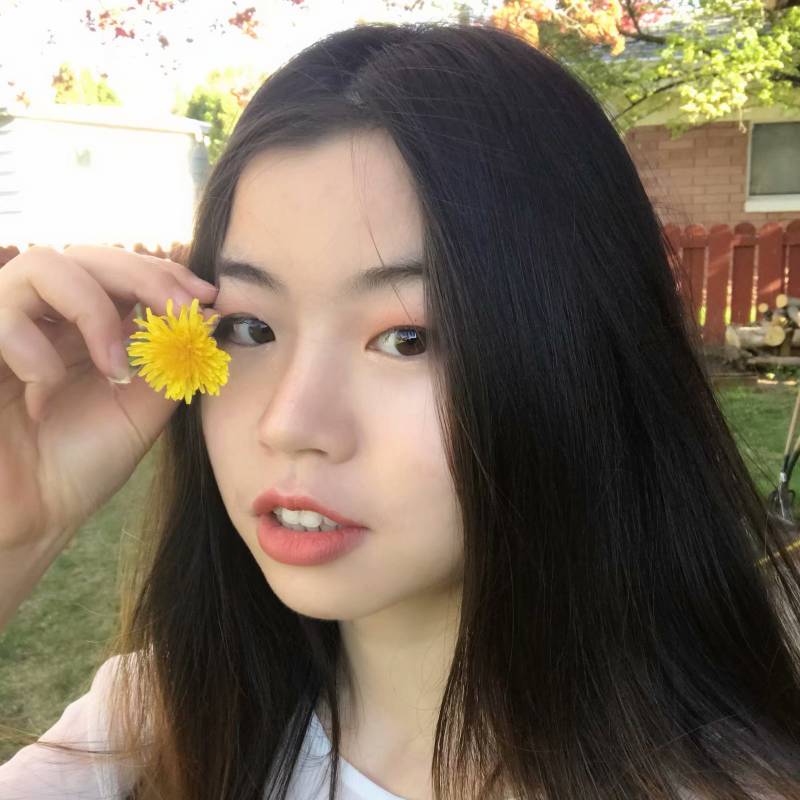 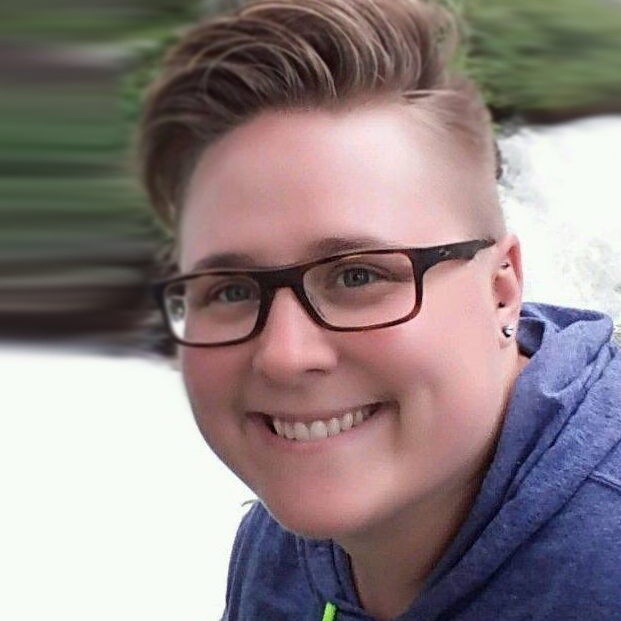 Hagadorn is a fifth-year doctoral student in the Department of Biology. Her research emphasis is on brood care in bees.

A doctoral student in mathematics, Schultz conducts research with faculty mentor Andreas Malmendier in the Department of Mathematics and Statistics.

“Through this GRCO grant, I will be studying how the differential equations that govern crucial geometric information about K3 surfaces and Calabi-Yau threefolds can produce important arithmetic, topological, and physical information about the quantum field theories obtained by compactifying Type IIB string theory backgrounds on these spaces,” he says. “The main objective is elucidating the relationship between a differential geometric structure associated with these equations and arithmetic data that yields subtle quantum effects on the aforementioned field theories.” 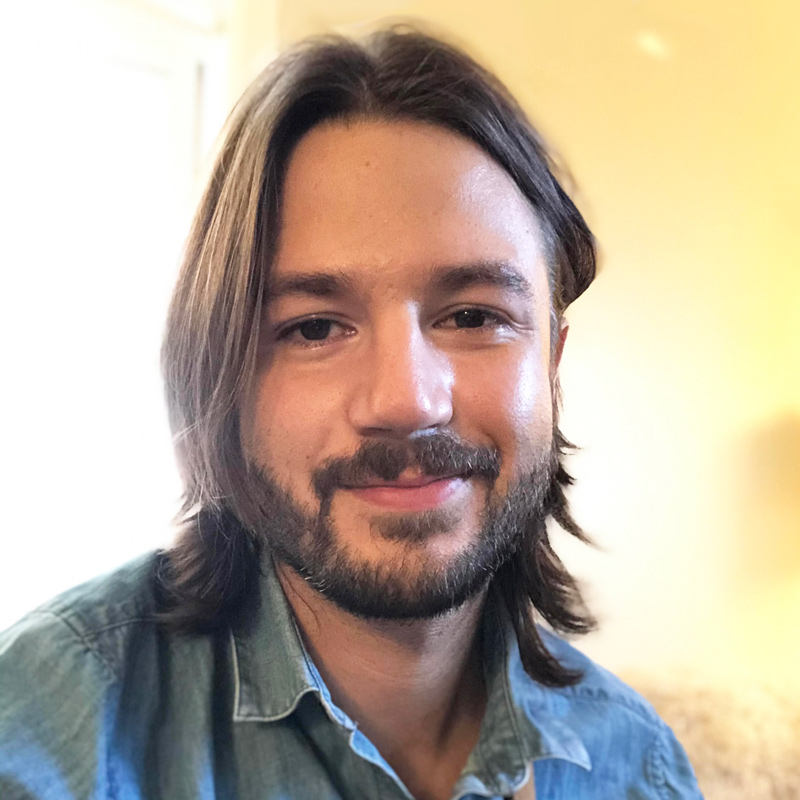 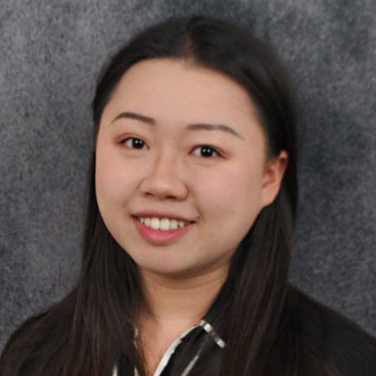 A doctoral student in biochemistry in the Department of Chemistry and Biochemistry, Shen pursues research with faculty mentor Alvan Hengge. Her research focuses on molecular details of catalysis, especially of enzymatic reactions.

“My proposal for the GRCO funding is ‘Broadening the perspective on mobile loop dynamics regulating catalysis from the protein tyrosine phosphatase family,’” Shen says.