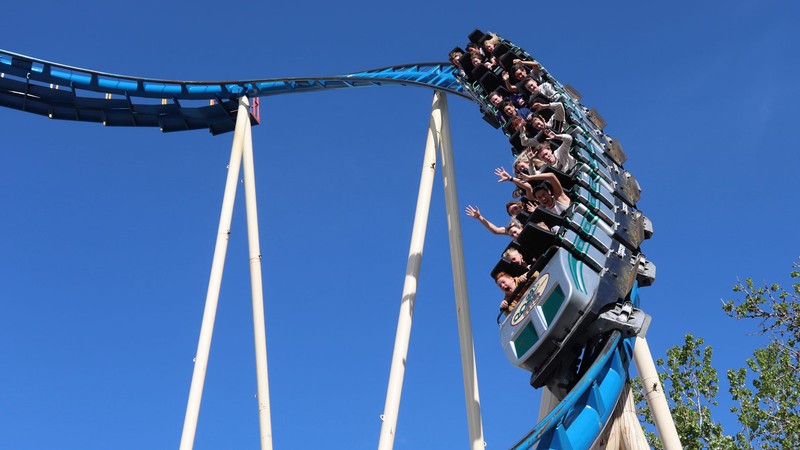 After a two-year pandemic hiatus, USU Physics Day at Lagoon returned May 13, 2022, for a day of thrills, chills and STEM learning fun. (Photo: M. Muffoletto) 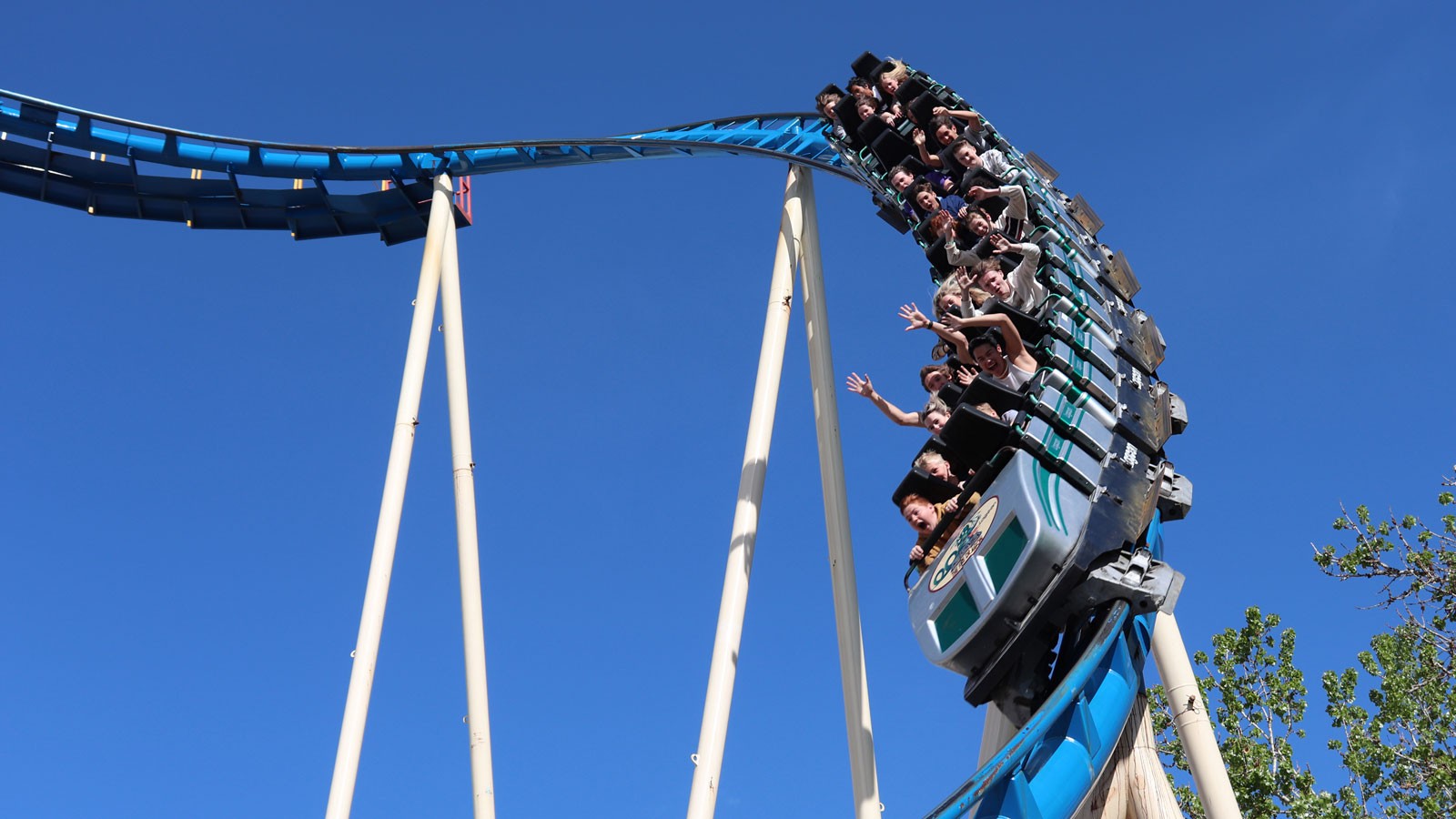 If Utah State University Physics Day organizers wondered whether Intermountain teens had missed the annual gathering of STEM learning fun at Utah’s Lagoon amusement park during pandemic conditions, the answer displayed during the event’s return on May 13, 2022, was a resounding yes.

After a two-year pause, the gathering drew a larger-than-anticipated crowd of more than 7,500 youths and teachers from 120 schools in Utah and surrounding states to the Davis County über-playground for a day of gut-churning learning fun.

“We hadn’t met in person since 2019 and didn’t think we’d get pre-COVID attendance numbers, so it was great to see a crowd of students, teachers, alumni and volunteers again,” said USU Physics Professor J.R. Dennison, an organizer and founder of the three-decades-old event.

Among the volunteers excited to be back in person was Aggie alum Brad Christensen, principal software engineer with Ophir-Spiricon Products — MKS Instruments, Inc. in North Logan, Utah.

Christensen, who earned a bachelor’s degree in computer science from USU in 1994, suggested participation in USU Physics Day years ago to his company’s CEO, who agreed the STEM outreach event would be a “great way to give back” to the community.

“Except for the 2020-2021 pause, our company, including me, has participated in every Physics Day since 2013,” Christensen says. “I personally find a lot of joy in meeting with teens who are excited about science and eager to learn more.”

At any given event, he says it’s not unusual for him to speak with as many as 200 students and teachers. His nine-plus years of outreach experience have taught him how to engage youngsters and get them thinking about STEM careers.

“If I tell them I’m a software engineer, it doesn’t spark much excitement,” Christensen says. “But if I show them a hands-on demonstration related to the kinds of work our company does — uses of light and laser profiling — it really piques their interest. It’s especially gratifying when students go and bring their friends back to our booth to take a look.”

Teachers also visit his booth, asking for help in setting up similar demonstrations for their classrooms and inviting the Cache Valley company to their schools’ STEM fairs.

“Last year, 15 schools in our local community asked us to visit their campuses,” Christensen says. “We couldn’t accommodate all of them, but staffed as many as we could with employee volunteers.”

In addition to demonstrations, Physics Day scholars participated in the day’s popular Sky Ride Egg Drop Contest, in which the teens drop raw eggs in protective containers of their own design to a ground target, as well as the Colossal Colossus G-Forces Contest, during which participants measure G-forces on the Colossus Fire Dragon with self-built wrist accelerometers while zooming through the rollercoaster’s giant loops.

Dennison says a concern with the in-person return was rising transportation costs.

“We heard from a lot of teachers who said they were hard-pressed to raise the necessary funds to cover bus costs,” he says. “To that end, we added information about the Utah Transit Authority’s Frontrunner rail system to our website to offer a cost-effective alternative. We hope use of this resource will continue to grow and help our future Physics Day participants.”

USU Physics Day at Lagoon is coordinated by USU’s Department of Physics and Idaho National Laboratory. The event receives funding support from a host of public and private sponsors. 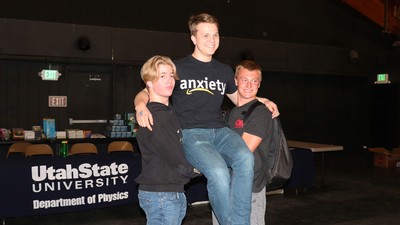 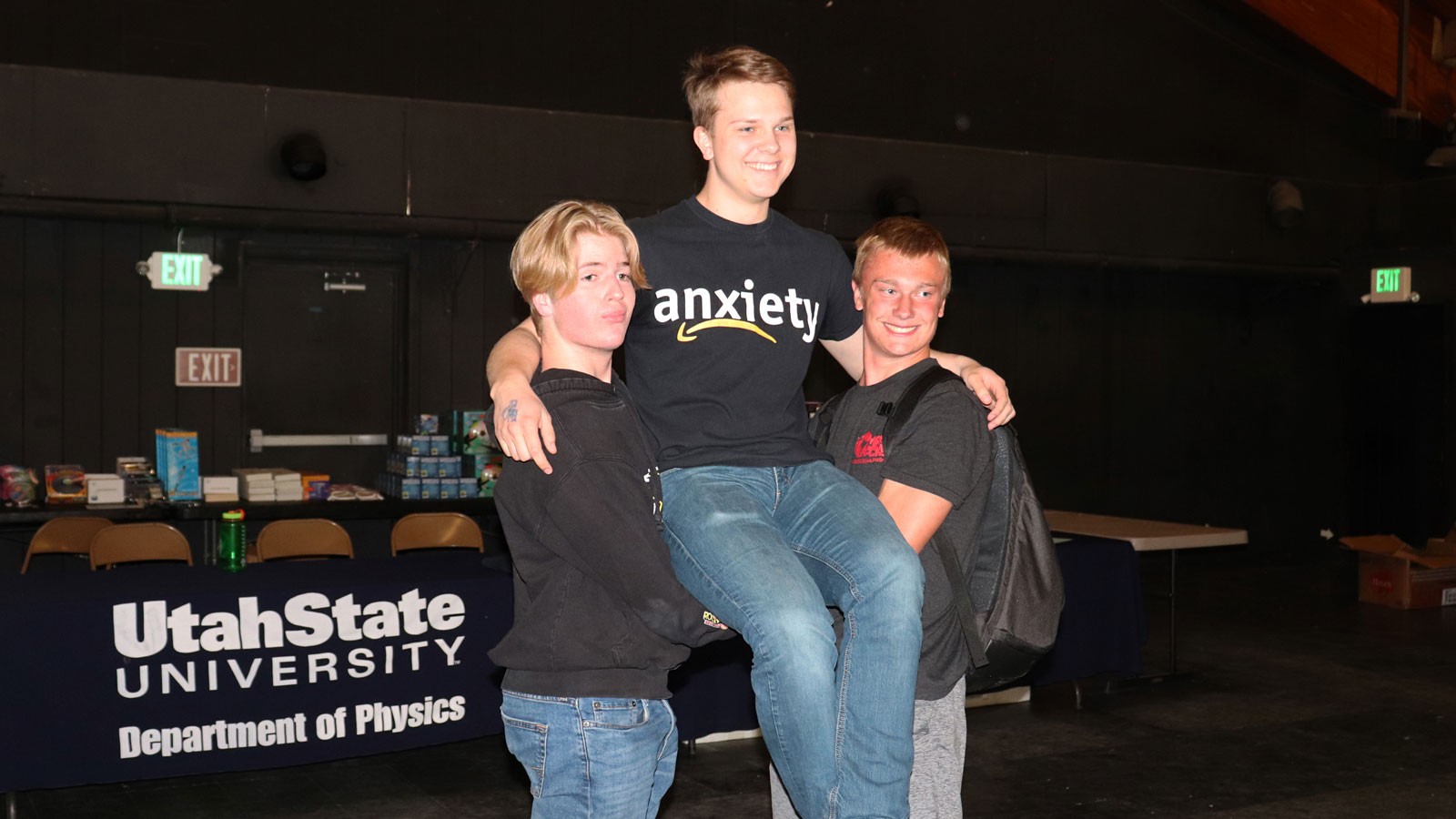 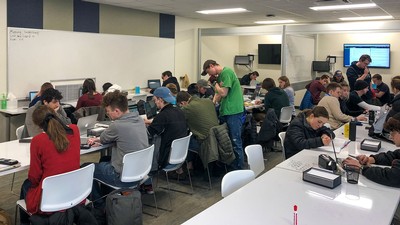 Incoming students will participate in the seventh annual Connections Luminary, a beautiful tradition at Utah State University, the Friday before Fall Semester 2022.