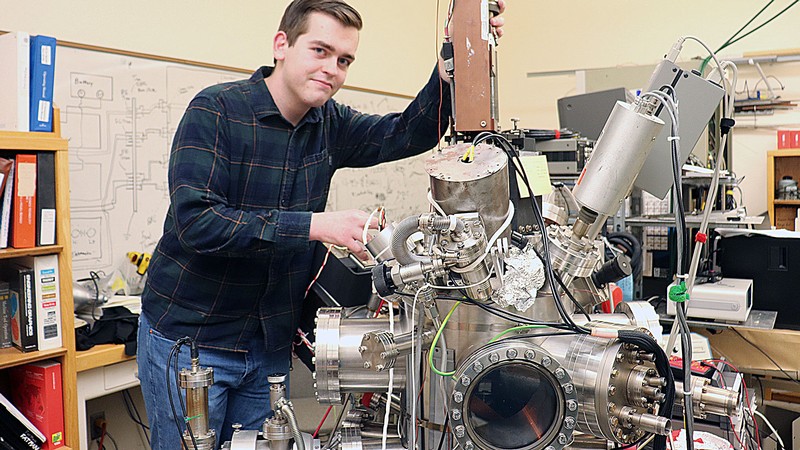 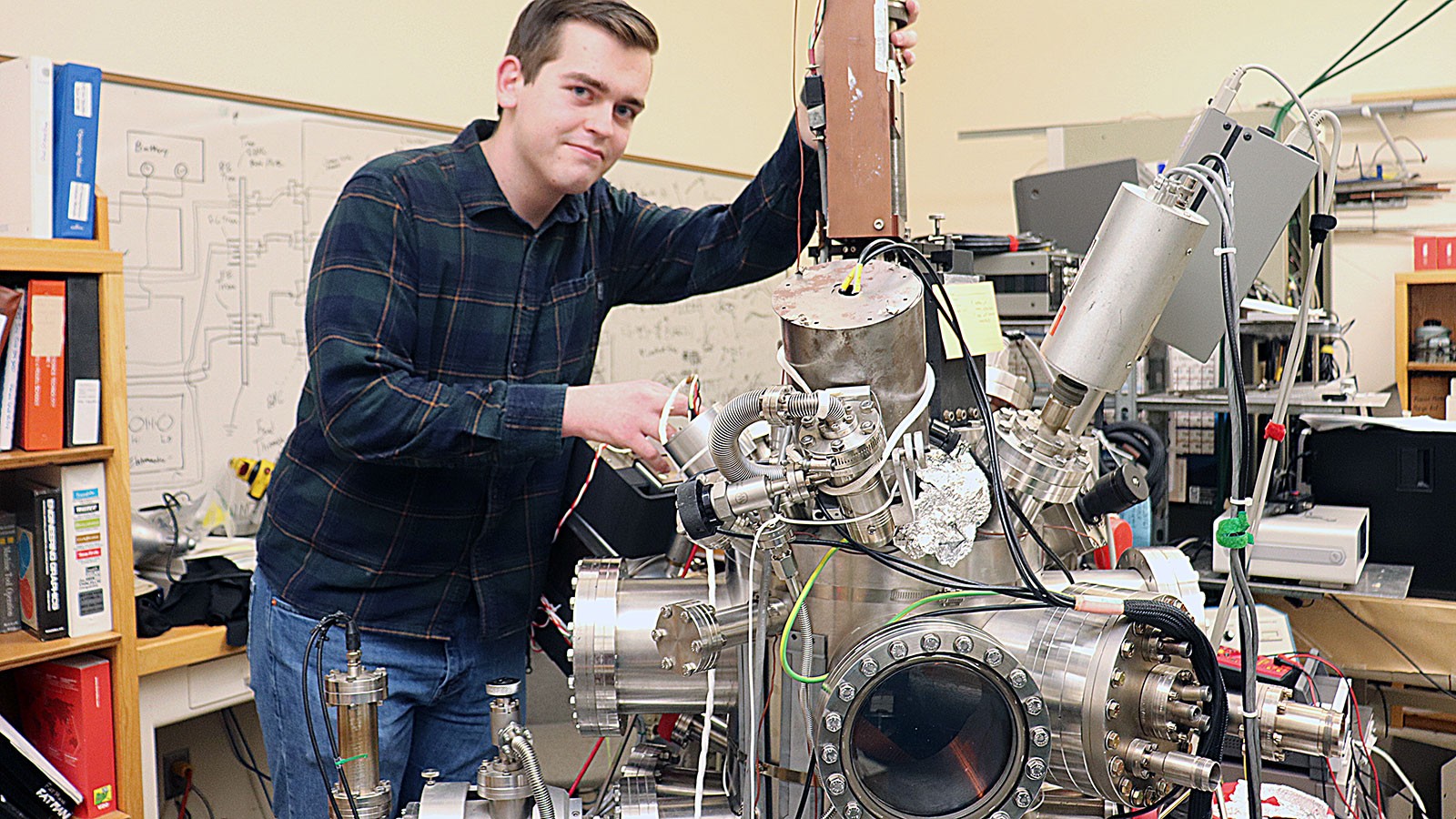 Remnants of an unmanned, school bus-sized spacecraft, marooned in space for nearly six years, are providing a rich research experience for Utah State University undergraduate Trace Taylor. The dual physics and electrical engineering major is carefully examining materials retrieved from NASA’s polygon-shaped “LDEF” (Long Duration Exposure Facility) that endured in orbit much longer than its intended 18-month mission and has the battle scars to prove it.

Taylor, who is among about 20 Aggies selected to present at Research on Capitol Hill 2022 from 9 a.m. to 1 p.m.Tuesday, Feb. 8, in Salt Lake City, will share what he’s discovered about the space weather-beaten satellite with state legislators and other guests. The annual event, back to an in-person gathering this year, highlights the importance of research in undergraduate education.

Supported by a USU Undergraduate Research and Creative Opportunities grant, Taylor is examining the electron yield of samples collected from LDEF, which reveal “modest to drastic” effects of the harsh conditions of their extended space journey.

“It’s a time-intensive process and takes a lot of patience,” says the Brigham City, Utah native, who graduated from Box Elder High School in 2019.

But Taylor’s efforts, guided by USU Physics professor and mentor J.R. Dennison, are producing valuable information about how materials from Earth stand up to the punishing space environment. Such data is critical to the development of future spacecraft, which will travel increasingly farther distances and spend longer periods in space.

The undergrad’s research with LDEF adds to a long legacy of USU involvement with the ill-fated-but-redeemed spacecraft. Former USU faculty member and shuttle astronaut Don Lind, now 91 years old, was the principal investigator for a key experiment on LDEF, which was launched into space aboard Space Shuttle Challenger and deployed into low earth orbit in April 1984.

Lind flew on a subsequent Challenger mission from April to May 1985, but a later shuttle mission in July of that year was intended to fetch LDEF. That shuttle mission, also flown by Challenger, experienced multiple sensor failures and had to make an emergency return to Earth. Then, on Jan. 28, 1986, as Space Shuttle Challenger embarked on yet another mission, it exploded 73 seconds into its flight, killing all seven crew members aboard.

“As NASA and the world grieved, LDEF, left in space, moved to a low priority,” Dennison says.

Four years later, the crew of Space Shuttle Columbia angled into position alongside LDEF and, using the shuttle’s Remote Manipulator System robotic arm, rescued it on Jan. 12, 1990, reporting, “Houston, we have a tallyho on LDEF, and it looks even better than the (simulator) visuals.”

LDEF and its surviving experiments were intensively studied by scientists back on Earth. Lind received some of spacecraft’s damaged panels, which he gifted to a grateful Dennison, who has studied them for several years with his students in his Materials Physics Group Lab and collaborators at NASA’s Marshall Space Flight Center.

“It’s a great opportunity to be able to examine and conduct research on something that’s actually flown in space,” says Taylor, a recipient of the Department of Physics’ Harold L. Blood Scholarship, who is in the running for an internship at NASA’s Jet Propulsion Laboratory this summer. “I definitely want to pursue graduate studies in physics — probably solid state and condensed matter physics.” 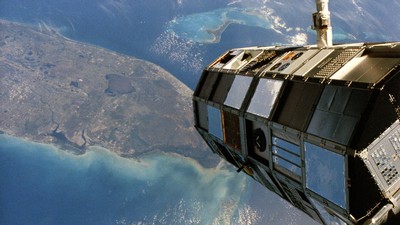 This photo from 1990 shows NASA's LDEF satellite as it was being retrieved from space with the Space Shuttle Columbia’s RMS robotic arm in 1990. LDEF, intended to fly in low earth orbit for 18 months, was left in space nearly six years following the Challenger disaster. (NASA) 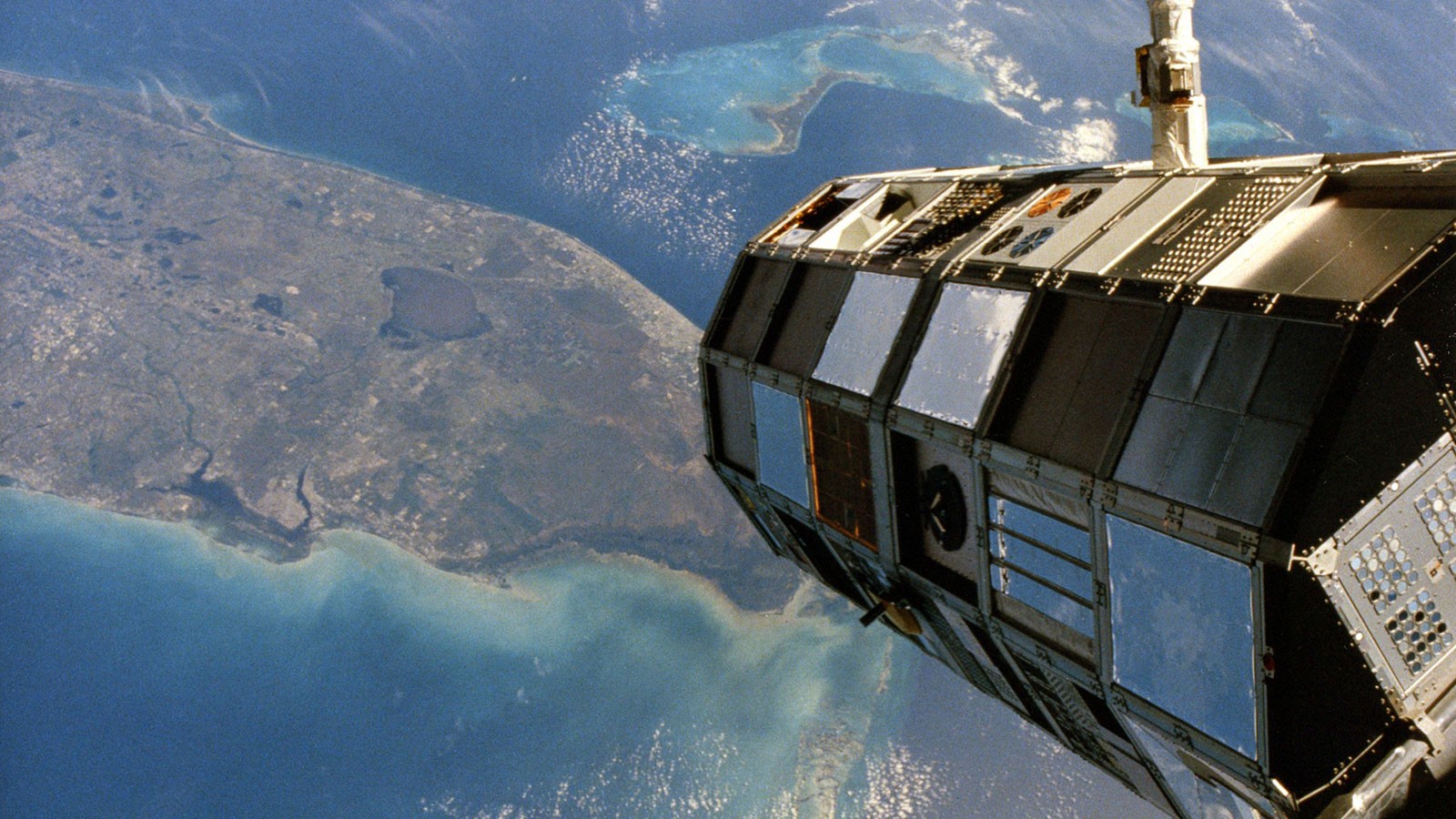 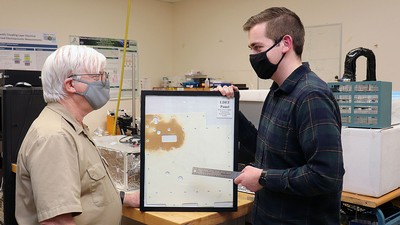 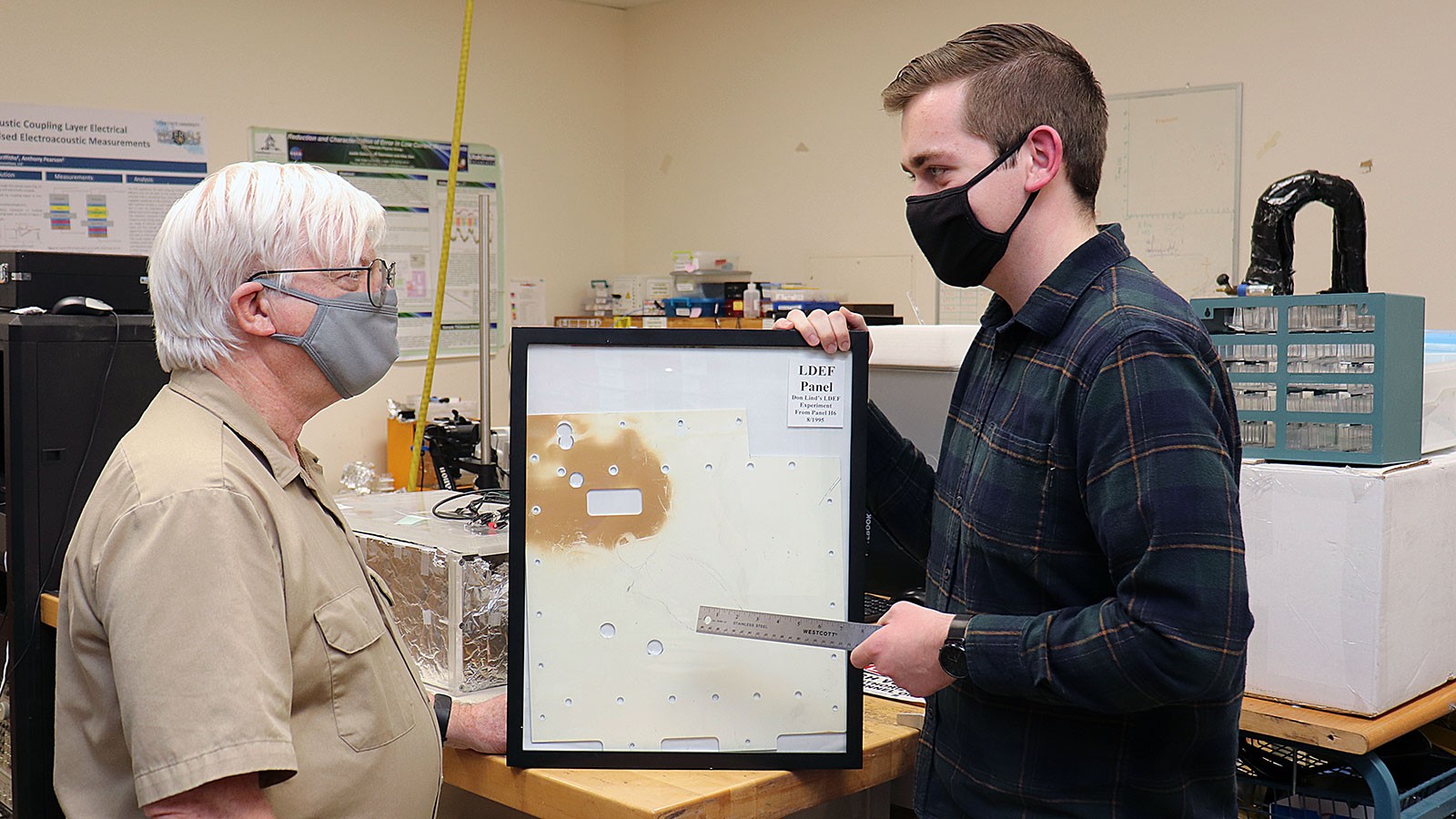 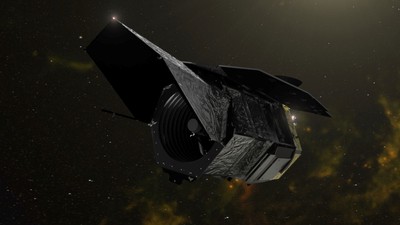