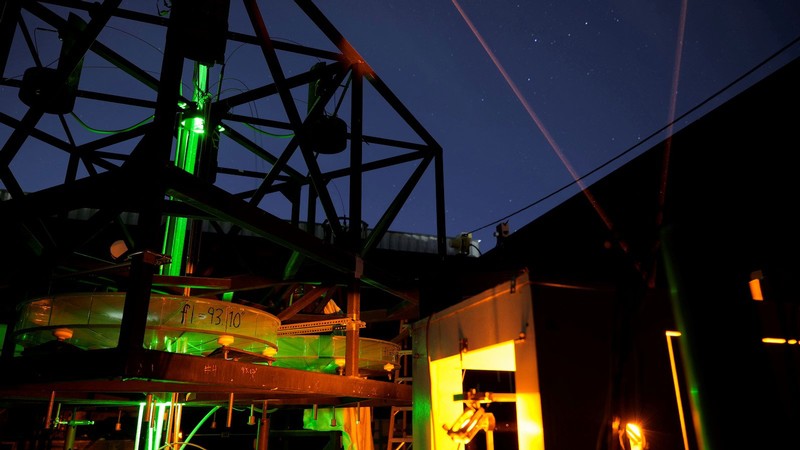 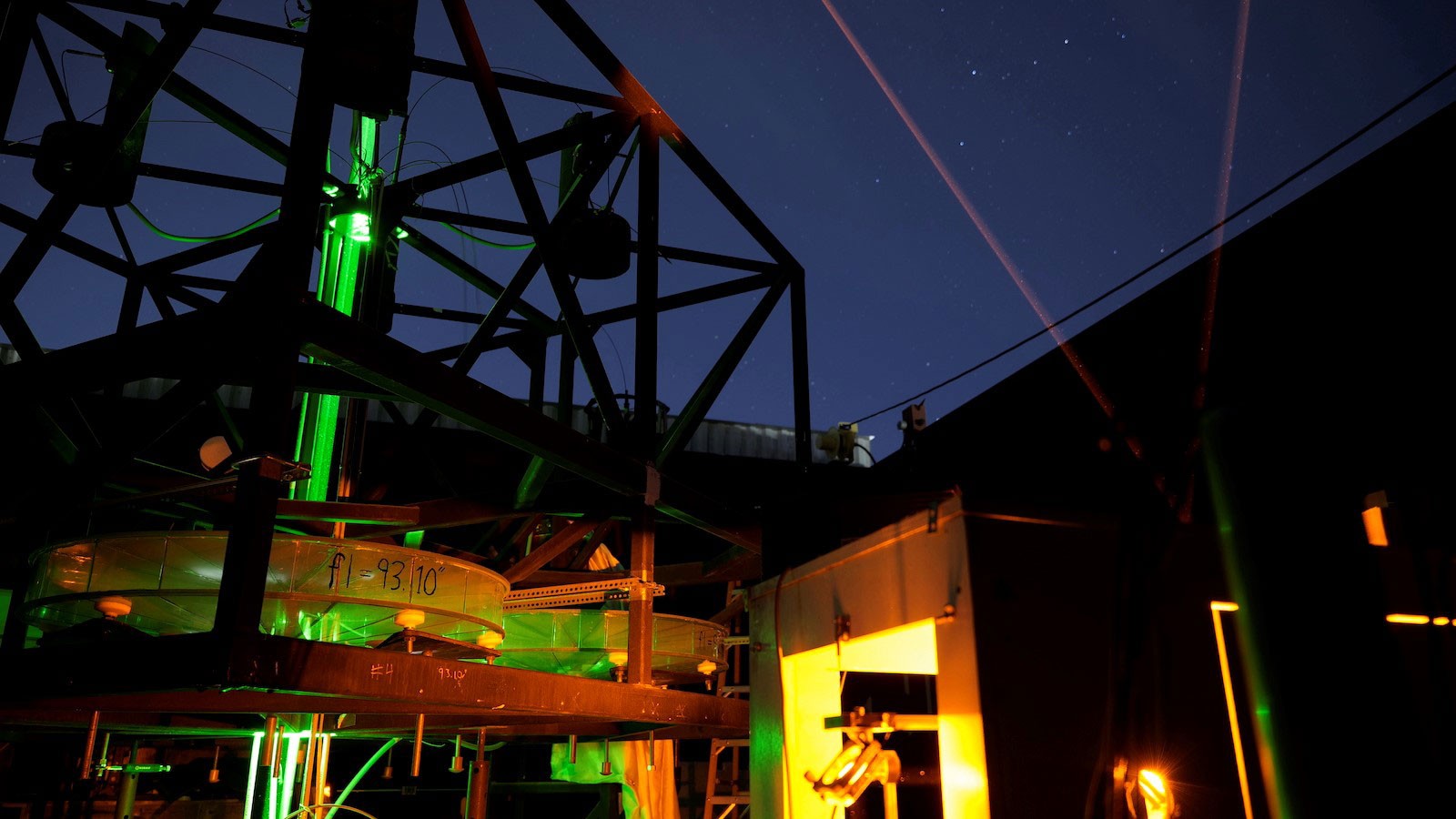 Utah State University physics professor Vincent Wickwar, an early pioneer in the field of aeronomy — the study of the upper atmosphere — died unexpectantly at his Logan, Utah home Sept. 27. He was 79.

Wickwar joined Utah State’s Department of Physics faculty in 1988, and was an active member of the university’s Center for Atmospheric and Space Sciences. He achieved an impressive career, with international collaborations in academia, government and the private sector, that spanned more than 50 years.

One of Wickwar’s most widely known USU endeavors was directing the research of the university’s Rayleigh Scatter LiDAR in Physics’ Atmospheric LiDAR Observatory. The LiDAR system, known as the “Green Beam,” emits a bright green ray of light from campus into Cache Valley’s night sky and has been a source of fascination for local residents for nearly 30 years.

“Our LiDAR system measures temperatures, densities and waves in the mesosphere, the layer of Earth’s atmosphere about 30-50 miles beyond the planet’s surface,” Wickwar said in a recent interview.

The observatory, along with his aeronomy research, were among Wickwar’s passions, says USU alum Jonathan Price (BS’15, PhD’21, Physics), who joined Wickwar’s research group as a postdoctoral fellow in August 2021.

“Vince loved discussing the LiDAR, his research and physics in general with his students, colleagues and any science enthusiasts,” Price says. “He was very excited about the future of the ‘Green Beam’ project.”

The iconic beam, which emanates from the LiDAR observatory atop the Science Engineering Research (SER) building, was established at Utah State in 1993. The beam had been shut off since 2015, and was restarted this past summer after a seven-year absence.

“By 2015, the LiDAR had some major maintenance issues the observatory didn’t have the funding to address,” Price says.

Wickwar and Price teamed with Virginia-based engineering company Leidos to secure a grant from the Defense Advanced Research Projects Agency (DARPA) to repair the USU LiDAR and resume research in May 2022.

“Vince, who I met when I was an undergraduate, was a great mentor to me,” Price says. “He introduced me to the LiDAR research. He was very down-to-earth, and guided me through the graduate school process.”

Physics Department Head Jan Sojka says Wickwar, in addition to bringing innovative research to Utah State, was an influential leader at the university and in the local community.

“Vince served two terms as president of the USU Faculty Senate and served as chair of the Cache Valley Democrats for a number of years,” Sojka says. “He was active in efforts to benefit the community and was a loyal Aggies football team supporter. Vince will be greatly missed.”

Born in New London, Connecticut, in 1943, Wickwar spent his formative years in New York City and Princeton, New Jersey. In Princeton, he occasionally crossed paths with Albert Einstein, who inspired his lifelong love of physics.

Wickwar completed undergraduate studies at Harvard University in 1965 and earned a doctoral degree in space physics from Rice University in 1971. His doctoral research included use of Puerto Rico’s famed Arecibo radar.

Wickwar is survived by his wife, Gina Wickwar, along with their children and grandchildren.

Wickwar’s former student Price, who is being considered for a USU faculty position, will continue his mentor’s Green Beam research.

“Phase I of our DARPA funding continues into 2023, and we had already begun the process of securing continued funding,” he says. “Our aim is to continue with Vince’s dream.”

A scholarship fund has been established to honor Wickwar’s memory. More about the professor’s achievements and legacy is described in his obituary. 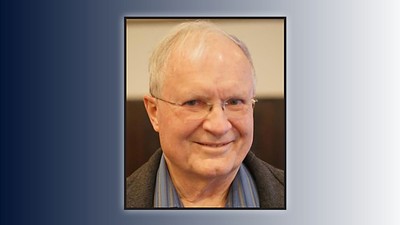 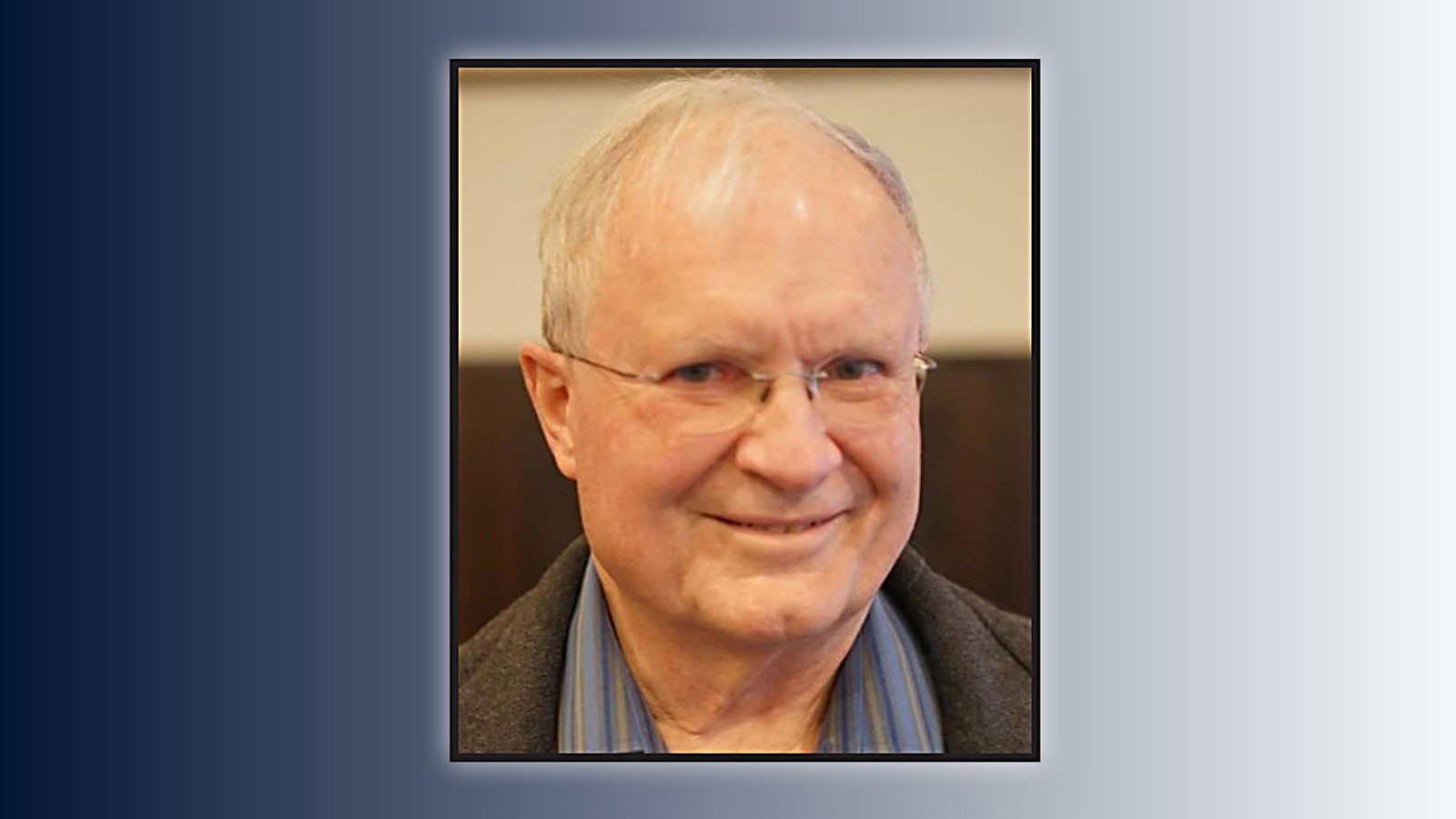 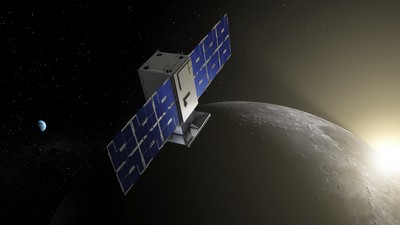