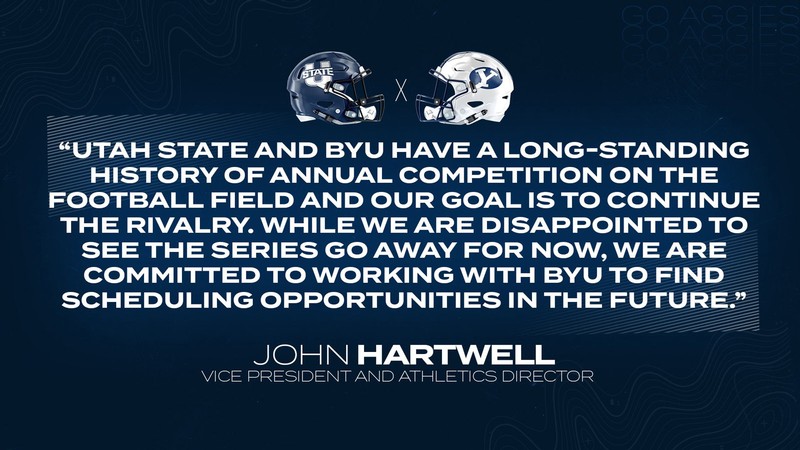 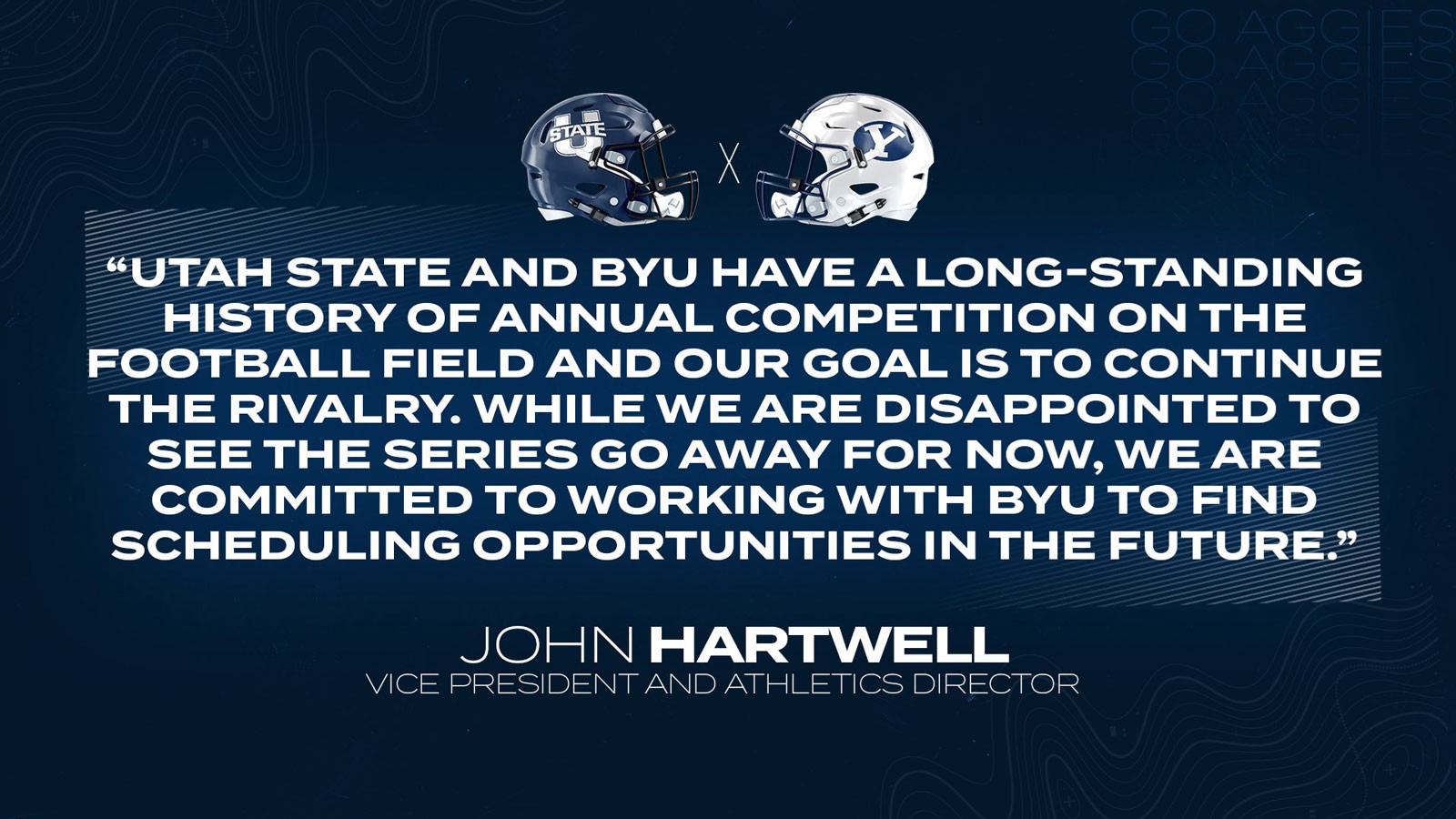 LOGAN, Utah – Utah State and BYU’s football game this fall, which is scheduled for Thursday, Sept. 29, in Provo, will be the last in the near future as the Cougars begin their affiliation with the Big 12 Conference in 2023.

The two schools were scheduled to face one another four more times through the 2026 season, but the contract contained language that would void the existing agreement based on conference affiliation.

“Utah State and BYU have a long-standing history of annual competition on the football field and our goal is to continue the rivalry,” said USU Vice President and Director of Athletics John Hartwell. “While we are disappointed to see the series go away for now, we are committed to working with BYU to find scheduling opportunities in the future.”

Utah State and BYU have met 90 times, which is the second-most played series in school history. The first game between the two schools was played in 1922.

The gift from Tom and Patty Willis will be used to help fund a new state-of-the-art full-length indoor practice facility. 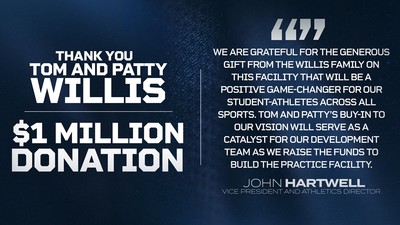 Utah State University held a ceremony Saturday night to officially induct its 2021 and 2022 classes into its Athletics Hall of Fame.