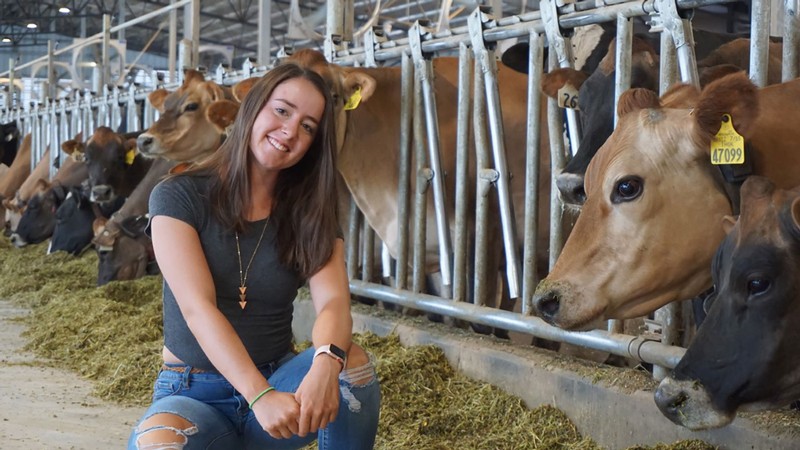 Lexie Padilla was recognized at this year's virtual meeting of the American Dairy Science Association for her research on incorporating palmitic acid in feed to regulate pH levels in the rumen. 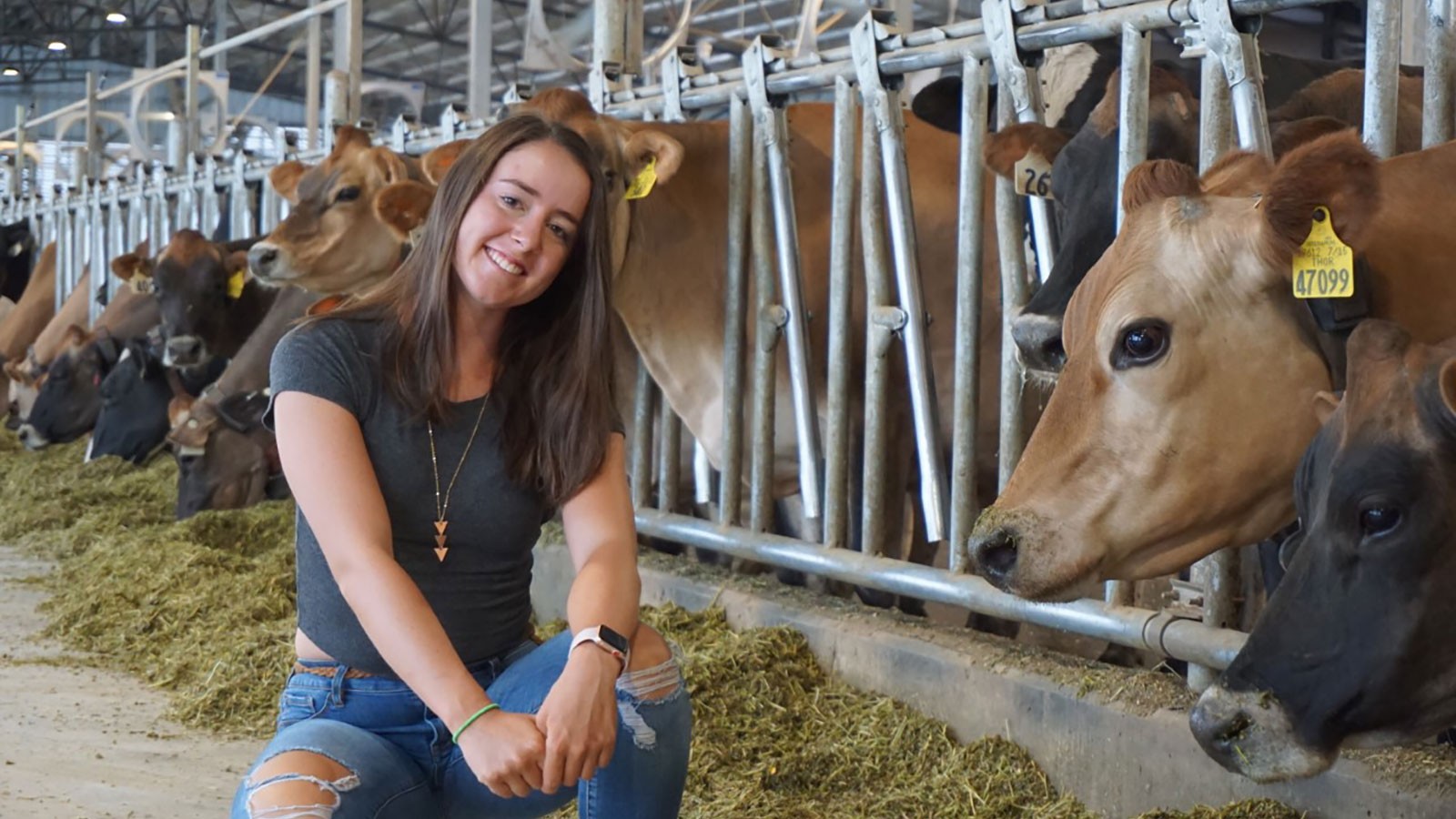 Master’s degree student Lexie Padilla and Assistant Professor Fernanda Batistel in Utah State University’s Department of Animal, Dairy and Veterinary Sciences study the function of the rumen to help livestock producers save money on feed and to improve the environment.

Cattle, sheep and other grazing mammals are referred to as ruminants because of their rumen — a specialized stomach that can break down tough foods like grasses. The rumen relies on a thriving colony of helpful microorganisms that break down the cellulose in plants, allowing ruminants to eat food entirely inedible to other animals.

Padilla recently placed second overall in the master’s division of the Purina Animal Nutrition Graduate Student Poster Presentation Contest. Padilla was recognized at this year’s virtual meeting of the American Dairy Science Association for her research on incorporating palmitic acid in feed to regulate pH levels in the rumen.

“I did watch a lot of my peers present and there was a lot of really good research, so that's mainly why I was surprised that I won,” Padilla said. “There were about 30 graduate student presentations, but Dr. Batistel and I worked really closely for a few months to get this presentation down.”

“I was very happy to hear that she won,” Batistel said. “She practiced a lot before the presentation, and she included a great overview because they had a question and answer section.”

In their recent experiment, Padilla and Batistel built on earlier research from Batistel and other graduate students involving palmitic acid, a type of fat commonly found in the fruit of oil palms such as coconut. Introducing dietary palmitic acid and regulating the rumen pH, the researchers found that palmitic acid improved fiber digestion at low and normal pH levels.

“This helps the cow to have a lower rumen fill, so that she's gaining more energy overall from the same amount of feed, and then releasing less of that energy that could have been captured,” Padilla said. “We know that a one-unit increase in fiber digestibility can get up to a quarter kilogram more of fat-corrected milk from them per day. It will really add up if we can increase their digestibility, as well as have the environmental impacts of decreasing methane, land use, and water use.”

Padilla graduated with a bachelor’s degree in animal science from California State University Chico. She began work on her master’s degree in fall 2019 and said that the opportunity to do ruminant nutrition research with Batistel motivated her decision to attend USU.

Moving forward, Padilla said, “I would like to do a similar experiment but instead look at the addition of saturated fatty acids, which is a component of the feed that you have to be really careful about because they can be toxic to the rumen microbes,” Padilla said. “They also can do a thing similar to pH and end up breaking the bacterial membrane in order to, hopefully, incorporate more palmitic acid. We can compare this experiment and my next experiment and see what the results will be.”

Producers may be able to introduce palmitic acid in feedstuff within a few years, according to Padilla. She plans to become an animal nutritionist in the future and said understanding the research that supports livestock production prepares nutritionists to recommend specific feeding strategies that aid animal health, producers’ profitability and the environment. 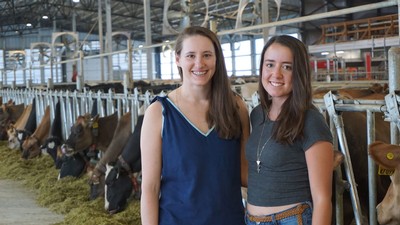 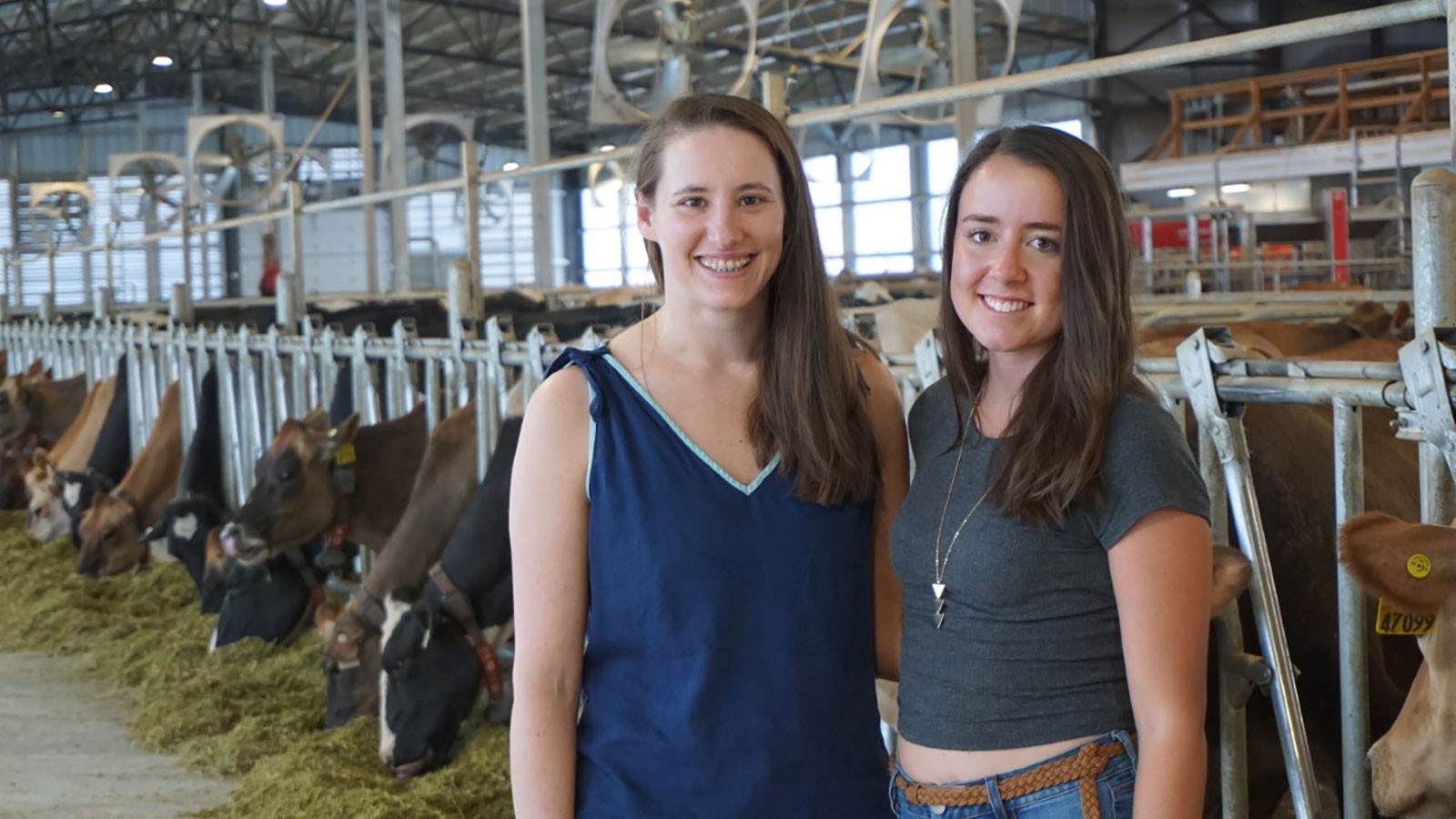 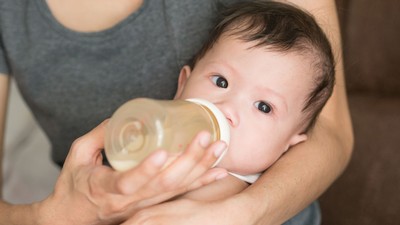