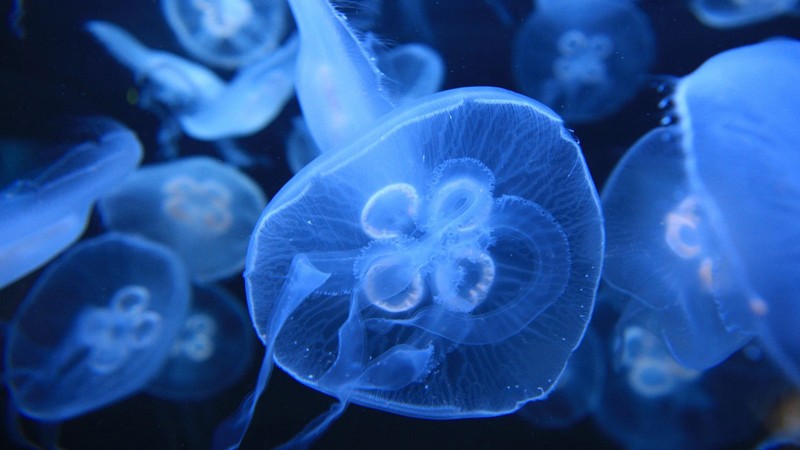 Abby Benninghoff said the messages she wants her career to convey are to be open to transformational opportunities, your own "close encounter with a jellyfish." (Source: Creative Commons) 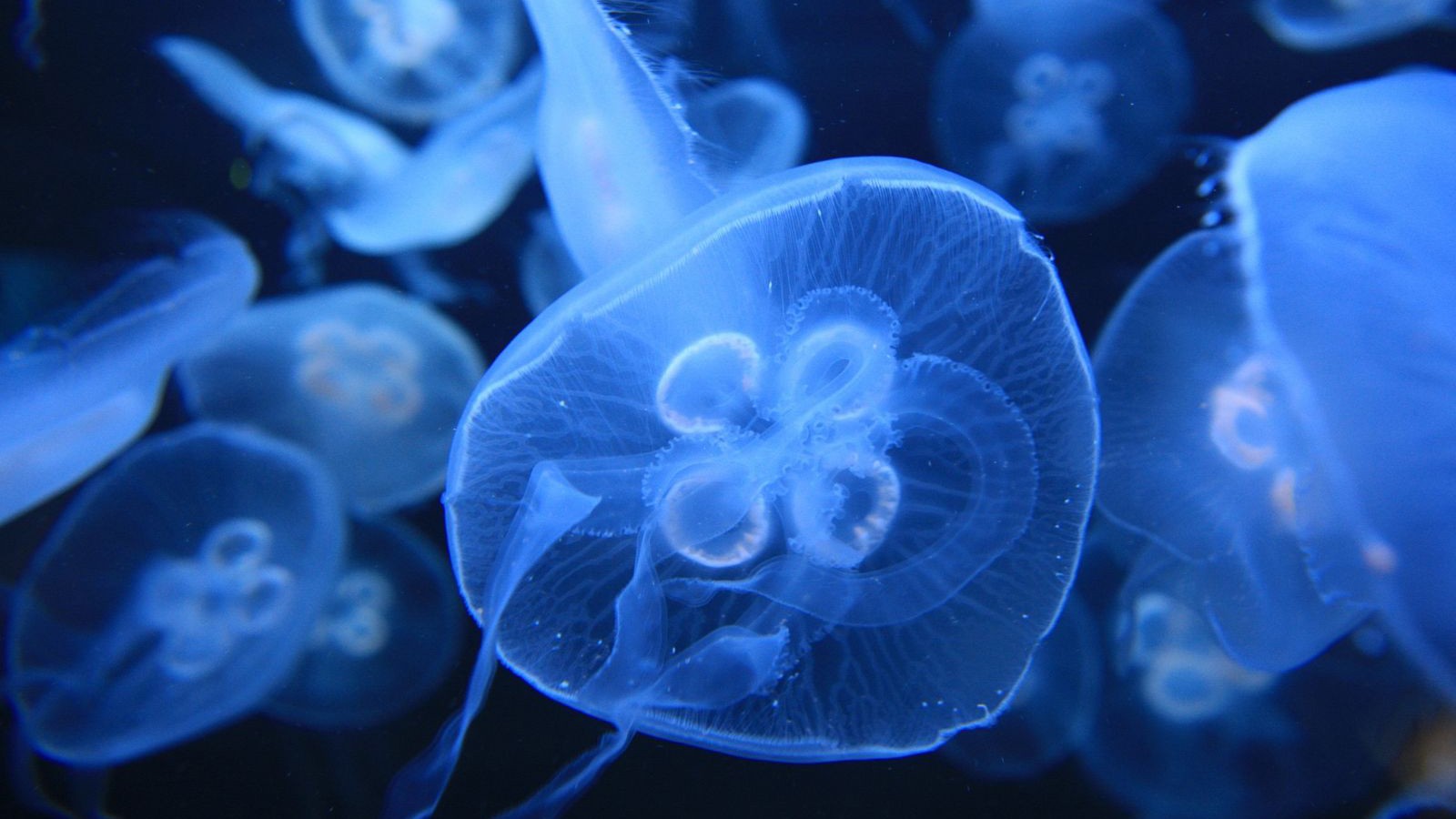 Beyond her own curiosity about the natural world, Utah State University professor Abby Benninghoff owes her career path choice to her mother’s insightful questions, and to a jellyfish.

She described her journey to becoming Professor Benninghoff in USU’s Department of Animal, Dairy and Veterinary Sciences and her research interests in toxicology, diet and cancer, and epigenetics at the Inaugural Lecture celebrating her academic promotion to professor. Benninghoff also serves as associate dean for research and graduate student services in the College of Agriculture and Applied Sciences.

Benninghoff grew up in East Tennessee with Smoky Mountain National Park as her family’s “backyard”, where they spent most weekends exploring and enjoying the changing seasons. In high school, she was a band kid and seriously considered music as a potential career.

“I spent much more time practicing flute than I ever did studying calculus or chemistry,” she said. “But my experiences in biology class turned me on to life sciences. I enjoyed science that wasn’t just about solving a formula for the right answer– the science that was all about the wonder of life from genes to ecosystems and the marvelous indiscernible complexity of it all.”

There was no question about where to attend college. The University of Tennessee was the place. She was invited to participate in a new undergraduate research program for biology majors and found she liked the challenge of troubleshooting problems, developing ideas, and even tasks like washing lab dishes and writing up data in her notebook.

She was hooked on research and felt she had found her calling, but with senior year and career decisions looming, Benninghoff was uncertain about what to do next. Her research mentor offered the option of continuing to work in his lab as a Ph.D. student and though the work was interesting, spending more years in the windowless, cinderblock laboratory was not appealing. The decision was weighing on her when she was home during the holiday break.

“For context, it’s important to know that my mom had only a high school education with virtually no experience in science,” Benninghoff said. “I often struggled to share my excitement about my courses or lab work with her, even though she was always willing to listen. I should also say that my mom was smart and meticulous and fantastic at solving problems. She would have made a brilliant scientist.”

Graduate school application deadlines were coming up soon and Benninghoff could take the easiest path and stay with the lab, close to home and all things familiar. But that choice didn’t feel right. She was deep in conversation with her mother and still unsure, but then everything changed.

“My mother asked perhaps the most important question anyone has ever asked in my life: ‘If you could go back and do more with one of your classes, take one more semester, which one would it be?’” Benninghoff recalled.

Benninghoff said her answer came quickly and unexpectedly and she found herself talking on and on about oceanography, an elective she had taken because she needed one more class and it sounded like fun.

“I proceeded to tell mom what I enjoyed about the course, its bigger science perspective, learning about climate and plate tectonics and the wonderful biodiversity of ocean ecosystems,” Benninghoff said. “And my favorite part of the class had been a field trip to Dauphin Island, Ala. We went to sea on a research vessel…to collect organisms from the water column and seabed.”

Benninghoff talked on and on with her mother about the experience and how the highlight of it all had been holding a moon jellyfish.

“I got to hold a jellyfish in my hand, to feel its sliminess and squishy consistency,” Benninghoff said. “I marveled that I could hold the moon jelly without being stung because they lack the powerful stinging cells of other species. The experience was just so cool!”

With her mother’s encouragement, Benninghoff found an open graduate position at the University of Texas at Austin Marine Science Institute and had traded cinderblocks for a lab on a pier on a barrier island along the southern coast of Texas, where her view was of the ocean, dolphins, sunlight, and moonlight on the water. Her biochemistry experience was a good fit in a large research group mentored by Dr. Peter Thomas, an expert in fish endocrinology. She recounted how, after frustrating months of troubleshooting a new approach for the culture of fish ovarian cells, she finally had a successful trial.

“I saw the printout roll off the dot matrix printer with proof of my success, and I jumped around and shouted,” she said. “Pete burst out of his office down the hall, out of alarm I think, then seeing the data indicating that the cells were pumping out estradiol as we had hoped, he jumped up and down like a kid as well. I think one of the greatest compliments I could offer Pete is to amplify his mentorship in the next generation of scientists.”

Post-doctoral work took Benninghoff to Oregon State University and to a realm of research she is still immersed in: investigating anti-cancer properties of bioactive compounds in certain foods. During her first year at Utah State, Benninghoff delivered a seminar about her ongoing National Institutes of Health-funded studies of compounds in cruciferous vegetables that may prevent cancer. USU nutrition scientists Korry Hintze and Robert Ward were there and asked some questions: “What if the mice in your studies were not already healthy and eating a good diet to begin with? What if they were fed the mouse equivalent of a Western diet?”

So began her collaboration with them and colleague Michael Lefevre, aimed at identifying functional foods and dietary bioactives that can block inflammation and prevent colon cancer. They are also interested in understanding the contributions of the gut microbiome to good and ill health. This work is just one facet of Benninghoff’s research as she has built collaborative programs with faculty in many departments and disciplines at USU.

Benninghoff said the messages she wants her career to convey are to be open to transformational opportunities, your own “close encounter with a jellyfish.” Also, to follow the threads from “what if…” questions, even when they take you out of your comfort zone.

“Pass on what you’ve learned and not just formulas and the math, the protocols and processes,” she said. “Pass on ways of deep thinking. Pass on empathy and compassion. Pass on wonder and marvel at the world in which we live and the creatures that inhabit it with us.” 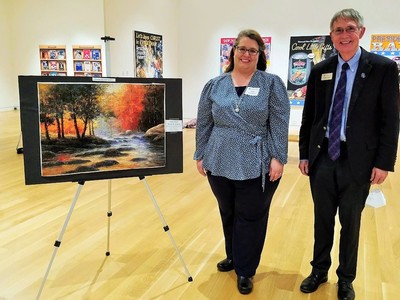 Professor Abby Benninghoff and USU Provost Frank Galey with a piece of needlework Benninghoff completed. She started work on the piece, which resembles a place near her childhood home in Knoxville, TN, just after her mother died from cancer in 2015. She completed the last of the 205,000 stitches just days before her Inaugural Lecture, which she dedicated to her mother's memory. 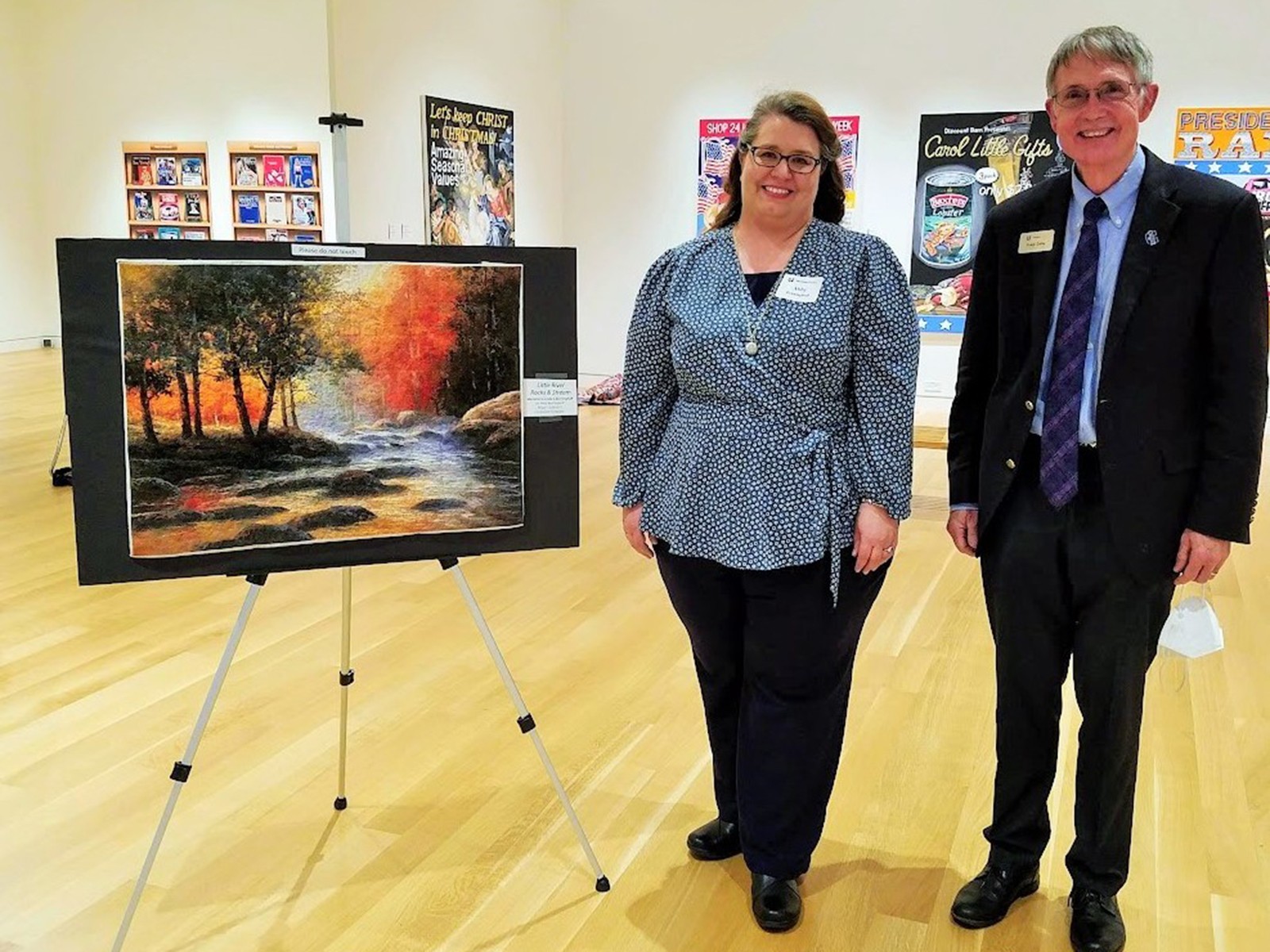