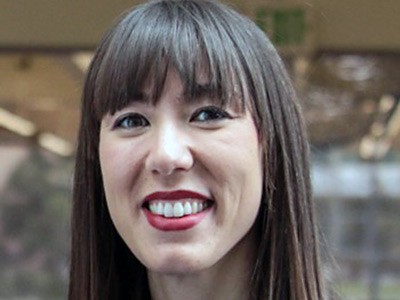 Dr. Sydney Schaefer is the sole author of an articles recently published in "Neuroscience."

A recent Neuroscience article sheds more light on how right- or left-hand dominance changes in mature adults — and it suggests that while that dominance changes over time, the reasons for that change involve more than a person’s chronological age.

Sydney Schaefer, a researcher from the Emma Eccles Jones College of Education and Human Services at Utah State University, is the paper’s sole author. She studied asymmetry between one-handed tasks performed with left and right hands by people aged 65 to 89. Her expectation was that the “young old” participants — those younger than 80 — would demonstrate more asymmetry than those who were older than 80. Instead, the difference between the two hands’ performance was not significantly less pronounced in the “old old” test subjects.

The findings shed more light on how the aging brain compensates for the loss of function. Other researchers have established that left- or right-handedness is less pronounced in aging populations, though to date the published research has only compared the performance of young adults to that of older adults. The theory is that as tasks become more difficult for an older person to do, the brain’s two sides cooperate more, and asymmetry between the two hands becomes less pronounced.

As they participated in simulated dressing and feeding tasks, the 44 healthy, right-handed adults aged 65 to 89 demonstrated less asymmetry than Schaefer would have expected. The “old old” adults also took longer to complete the tasks than the “young old” subjects. But the difference between the two hands’ performance remained fairly constant.

The reason may be that the test subjects were predominantly healthy, and their brains had less need to compensate for decreased brain function. The findings underscore the need to identify other means to quantify neural decline than just chronological age, Schaefer said.

Her article, “Preserved Motor Asymmetry in Late Adulthood: Is Measuring Chronological Age Enough?” appeared in the May edition of Neuroscience. Schaefer is an assistant professor in the Health, Physical Education and Recreation Department.

Are you among the minority of American families who eat at least one meal together every day? 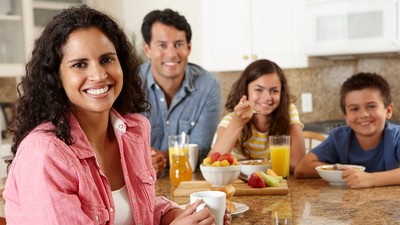 The first Annual Aggie Wellness Fair will be held on Thursday, Sept. 23, from 11 a.m. to 1 p.m., on the Legacy Fields, and will focus on different aspects of wellness.