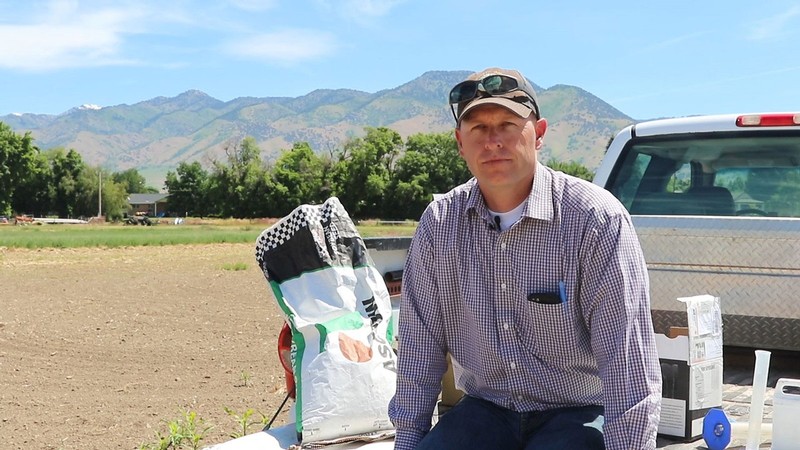 Earl Creech told of his journey to becoming a professor and USU Extension agronomist at a virtual Inaugural Professor event. 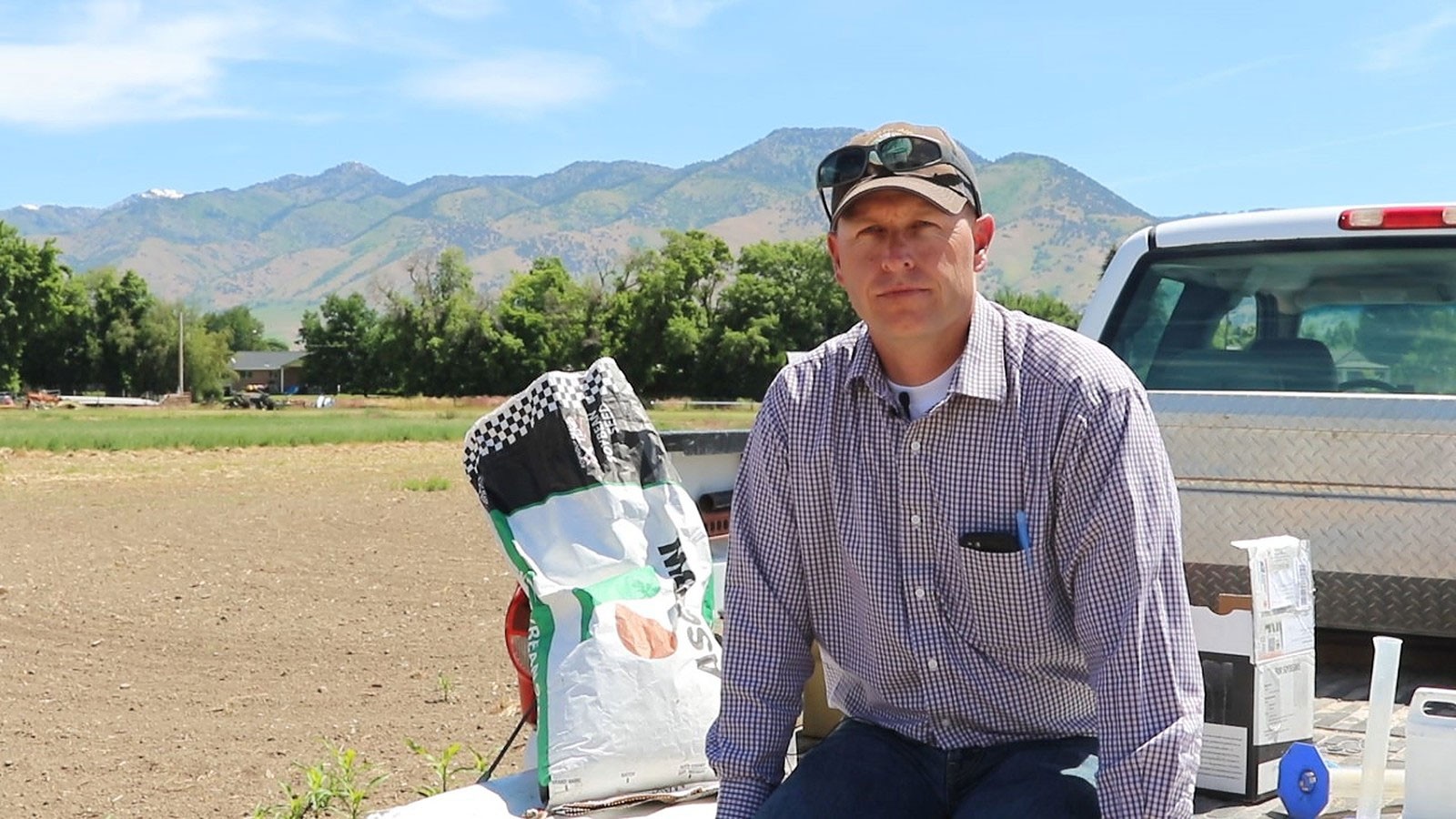 Although Earl Creech grew up on what his father called a “true” family farm — no hired help from outside the family and no one doing an off-farm job for income — he didn’t know until he was in college that being a scientist who helps farmers could be a job. He didn’t know that being an agronomist would become the career he would pursue and love.

Creech was promoted to professor in 2020 in the Department of Plants, Soils and Climate, and many of his friends, colleagues and family members gathered virtually to celebrate with him and hear about his path to becoming an Extension agronomist.

Creech recounted how billionaire businessman and politician Michael Bloomberg once told an audience at Oxford University that he could “teach anybody to be a farmer. … You dig a hole, you put a seed in, you put dirt on top, add water, up comes the corn.”

“An interesting take,” Creech said. “Then he (Bloomberg) said for a job in the 21st century you have to have ‘a lot more gray matter.’ So this really made me feel warm and fuzzy and most ag producers probably felt like that quote resembled a cow pie.”

Creech said Bloomberg demonstrated ignorance about agriculture that is shared by most people in developed countries who don’t realize that efficiency in agriculture makes it possible for them to focus on other vocations because they don’t have to produce their own food. He decided Bloomberg’s statement could be viewed as a compliment because science, technology and producers’ skills can make agriculture look easy. Creech said people in agriculture are like great athletes or musicians who make excellence look easy, but there is always a lot of hard work going on beneath the surface.

Creech learned about the rewards of all that work from his family, especially his two grandfathers who were big influences in his life and shaped his love of agriculture and Utah State University. His maternal grandfather, LaRon Flaslev, farmed, worked at USU’s physical plant for 37 years, and was an avid fan of Aggie athletics. Grandfather Orville Creech came to Utah to attend the Utah Agricultural College because of the strong reputation of its dairy program. He farmed at the northern edge of Cache Valley, but as Professor Creech has worked with agricultural producers around the state, he’s learned that his grandfather’s knowledge and skills were admired by people throughout Utah.

Running the Creech farm was a whole-family effort. Earl learned a lot from his grandfather and emulated his preference for growing corn, his grandfather’s favorite crop, and planted in meticulously straight rows. He also learned that the only way to get out of work on the farm was to play sports and Creech gravitated to baseball. He accepted a baseball scholarship at Heston College in Kansas, but it was a biology class there that may have helped set a path for his future.

“I had a lab mate and he told me when he graduated he was going to transfer to Kansas State and become an agronomist,” Creech said. “I had never heard the term agronomist. I had no idea what it was. He told me an agronomist works for a company, they give you a truck and a four-wheeler and you go out and visit farmers and talk about crops.”

That sounded like a great job, and Creech filed that new information in his memory and continued to work toward a chemistry degree that he determined would be his foundation for medical school. He transferred to USU to complete his bachelor’s, and an “absolutely spectacular” soils class was the next thing that brought him back to agriculture. He completed a bachelor’s degree in chemistry and added a minor in agronomy. After work on a master’s in weed science introduced him to rigorous research and Extension work, Creech and his young family packed their belongings into a horse trailer and moved to Indiana where he earned a doctorate at Purdue and was exposed to new crop systems, weeds, plant diseases and soil conditions.

He became the first Extension weed specialist at the University of Nevada, Reno, where most of his work was on rangeland and non-cropped land and focused on controlling noxious and poisonous weeds.

“The first year I was there, less than half an inch of rain fell in Nevada and because of that no weeds grew,” Creech said. “I thought maybe just my presence was enough to cure Nevada of its weed problems. Of course, the next year we had more rain, the weeds grew, and that theory went down the tubes.”

He liked the work and felt it was gaining momentum in Nevada when the Extension agronomist position opened at USU. Creech was torn about what to do, but the economic downturn in 2008 caused a hiring freeze at USU so he was able to work a few more years in Nevada before returning to northern Utah.

Explaining his work, Creech described how plant geneticists and breeders develop seed varieties and then an agronomist deals with learning and teaching others “what to plant, how to plant it and how to nurture that growing plant so that it can reach its full genetic potential.”

His research and Extension outreach involves trials of many different kinds of crops grown in Utah. He tests different species of pasture plants to see how they do in different environments in the state and what kind of forage they produce for animals. There are trials of corn, wheat, barley and alfalfa that help save growers’ effort and money by determining how best to grow them.

Saline soils and water stunt plant growth in places around the world, so variety trials Creech and his colleagues conduct help determine which varieties are most salt tolerant. Creech said that so far, top on his list of research accomplishments is demonstrating that rotating corn onto land that produced alfalfa the year before saves farmers from having to apply 150-200 pounds of nitrogen fertilizer to their corn each year, a huge savings of money and effort and means less nitrogen runoff from fertilizer going into groundwater and waterways.

Creech teams with plant scientists and looks for crops that could provide new opportunities for Utah growers. Most recently that included oilseed crops called canaryseed and Nyjer that have not previously been grown here, but could be valuable…if he can determine efficient ways to keep them from being overtaken by weeds.

His work with graduate and undergraduate researchers has been inspiring because students come with new ideas, questions and curiosity.

“I’m going to keep planting seeds,” he said. “Seeds as a researcher, as a farmer, a scientist. I’m going to plant seeds in my Extension work and with the students I have the privilege to train.” 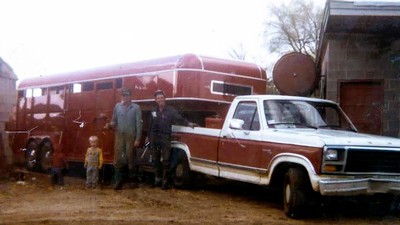 A very young Earl learning to work the family farm with his father and grandfather. 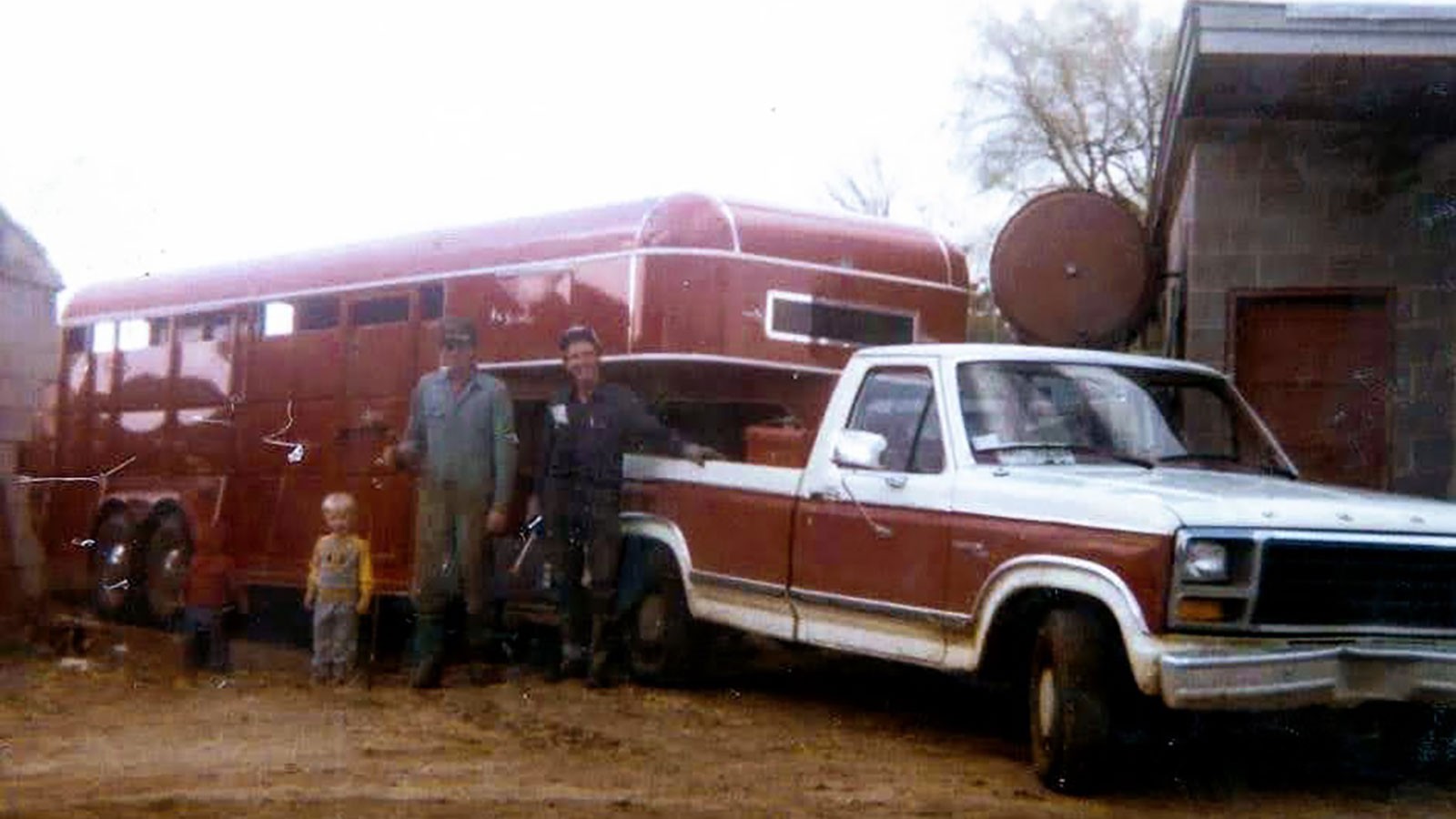 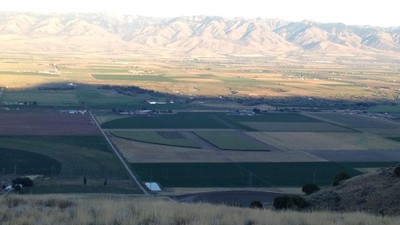 A view of the Creech family farm on the Utah/Idaho border. 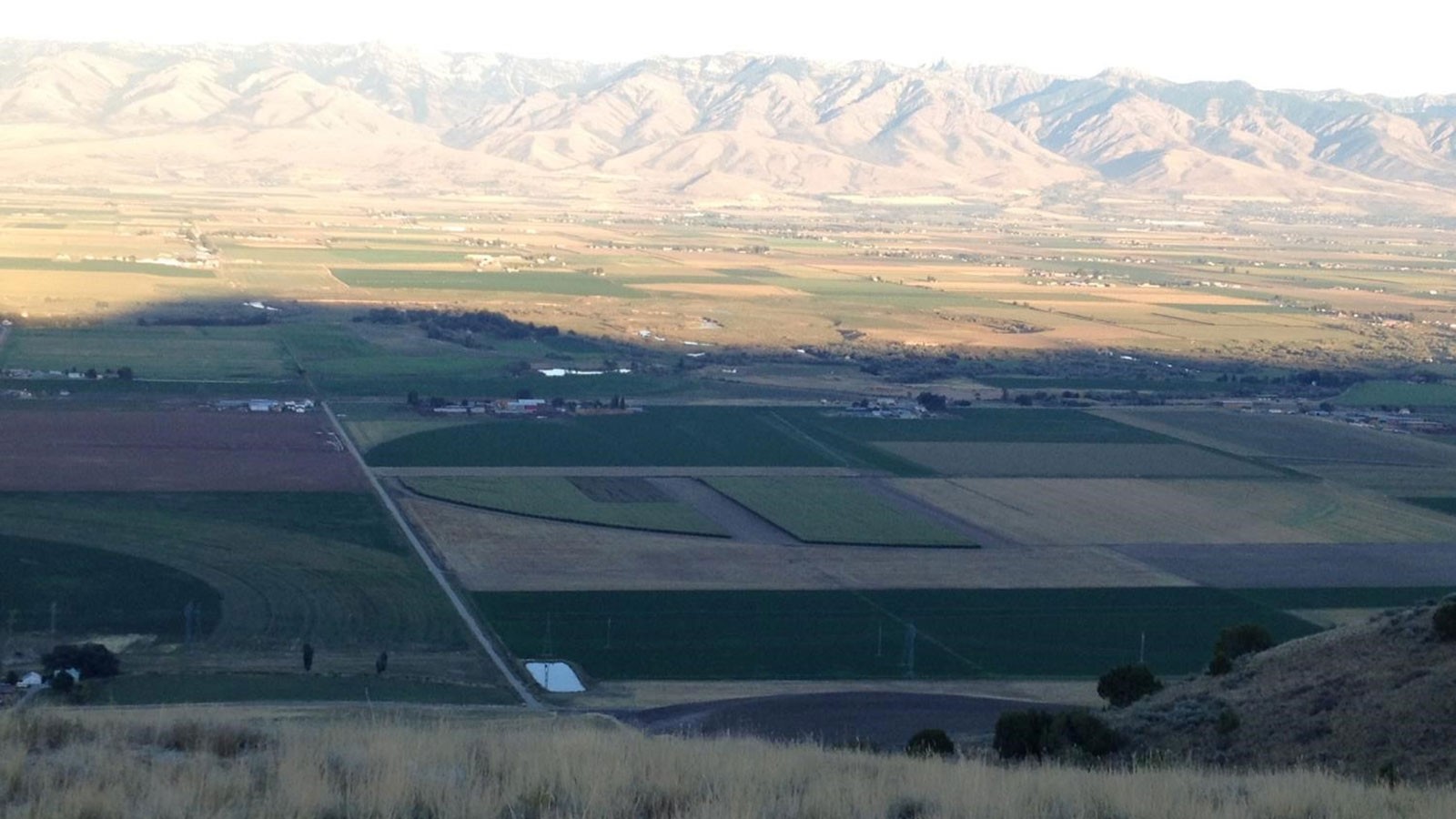 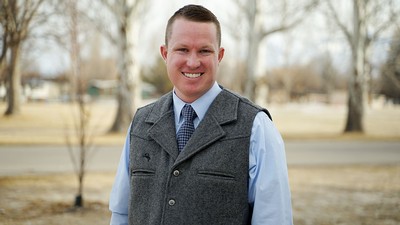 Turns out that events akin to "these unprecedented times" actually have happened before.