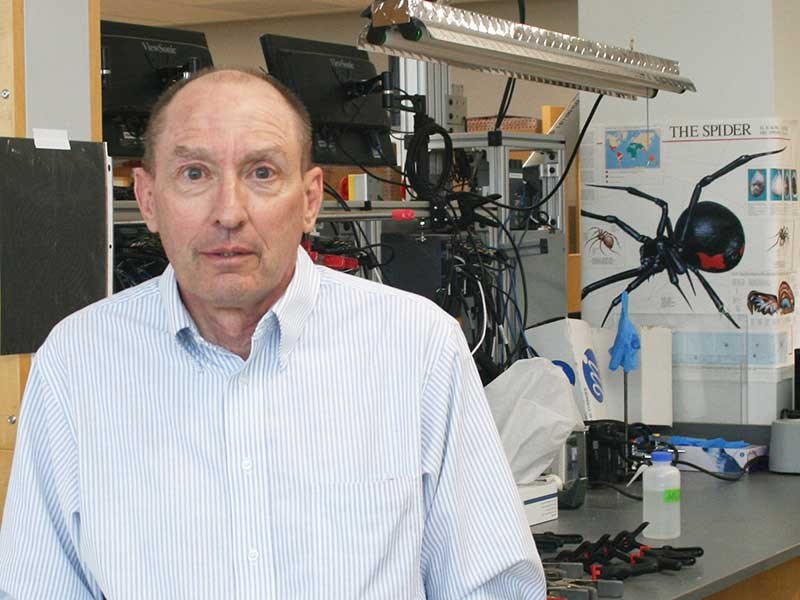 USU Biology Professor Randy Lewis, renowned for his synthetic spider silk research, was named to Caltech's Athletics Hall of Honor. He’ll be formally inducted in a May 2018 ceremony.

Utah State University professor Randy Lewis has achieved international renown for his pioneering efforts in producing synthetic spider silk. But the Aggie biologist, who graduated from the California Institute of Technology in 1972, can add excellence in athletics as another claim to fame.

Lewis was named to the fifth Caltech Athletics Hall of Honor Class in recognition of his achievements on the school’s wrestling team. He’s among five athletes who’ll be inducted at the institute’s annual scholar-athletes awards banquet May 20, 2018, in Pasadena, California.

“Lewis captained a brilliant, three-year run of the Southern California Intercollegiate Athletic Conference Championship title for the wrestling squad as a three-time individual champion and a four-time National Association of Intercollegiate Athletics District 3 medalist, including a runner-up finish as a rookie at 126 lbs.,” reads a Caltech press release. “One of just two three-time champions in program history, Lewis is the only Caltech Beaver to win SCIAC titles at different weight classes (126 and 137 lbs.) He was a two-time recipient of the Thomas W. Latham Trophy for ability, attitude, improvement and performance and was named Caltech’s Outstanding Athlete of 1972.”

“What my teammates and I achieved – conference championships three years in a row – had never been done before and has never been done since at Caltech,” Lewis says. “We had people who were pretty darn good wrestlers in every weight class.”

A native of Powell, Wyoming, Lewis started wrestling in high school and placed third in state during his senior year. After arriving at Caltech as a freshman, he sought out the wrestling coach and asked to join the Beaver squad.

At a school known more for brains than brawn, participation as a scholar-athlete wasn’t a done deal, Lewis says.

“If a professor felt your athletic participation was interfering with your studies, even if you were earning good grades, you could be suspended from athletics,” he says.

That never happened to Lewis, but he admits juggling Caltech’s academic demands and a busy athletics schedule was difficult.

“One thing that helped was Caltech didn’t offer a lot of social activities; the focus was on academics,” he says. “And most of my professors were very supportive. One even allowed me to take a final early during my senior year, when finals week conflicted with nationals.”

After graduating from Caltech with a bachelor’s degree in chemistry, Lewis earned master’s and doctoral degrees in biochemistry from the University of California, San Diego. At UC San Diego, he served as a graduate assistant wrestling coach and competed for the U.S. Olympic trials in preparation for the 1976 summer games in Montréal.

Alas, his Olympic dream didn’t pan out, but Lewis has no regrets.

“The guy who beat me advanced to the Olympics and he beat me soundly,” he says. “If we’d wrestled 100 times, he would have beat me 100 times.”

After completing a postdoctoral fellowship at the Roche Institute of Molecular Biology in New Jersey, Lewis joined the faculty of the University of Wyoming. It was there he began his pioneering research in transferring silk-producing genes from spiders to goats, in an effort to enable commercial-scale production of synthetic spider silk for a wide variety of uses.  Lewis joined USU as a USTAR professor in 2011.

“Participation in athletics was a welcome break from academic intensity,” says Lewis of his Caltech years. “Wrestling helped my ability to concentrate and my ability to complete what I set out to do.” 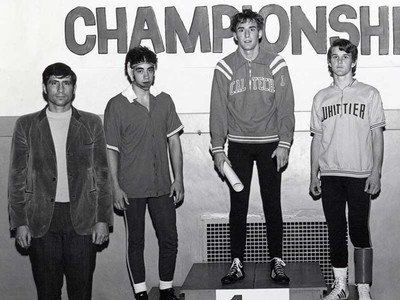 USU biologist Randy Lewis, second from right, on the first place podium at the 1971 Southern California Intercollegiate Athletic Conference Wrestling Championship. Lewis was an outstanding student-athlete at Caltech from 1968 to 1972. 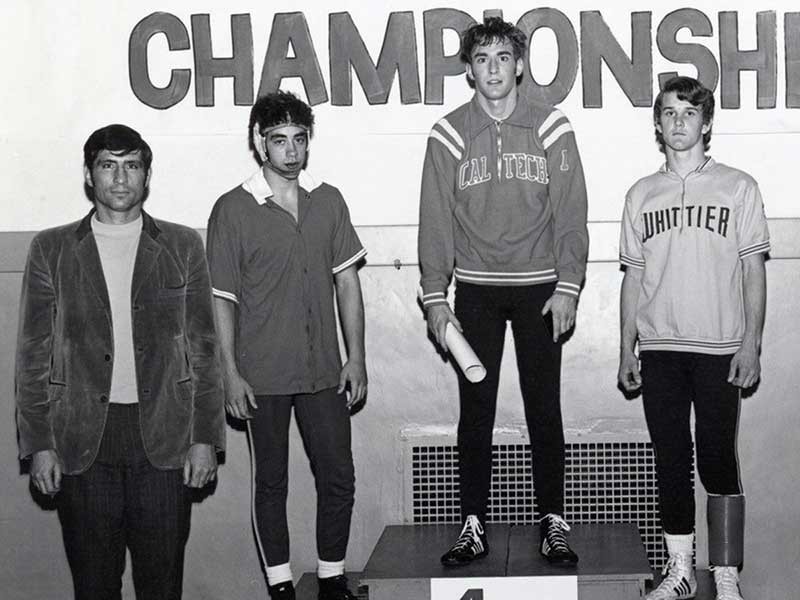 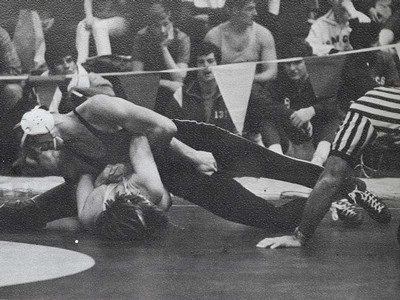 Lewis, top, in a photo from his undergrad years at Caltech, captained a three-year run of the SCIAC Championship title for the wrestling squad as a three-time individual champion and a four-time NAIADistrict 3 medalist. 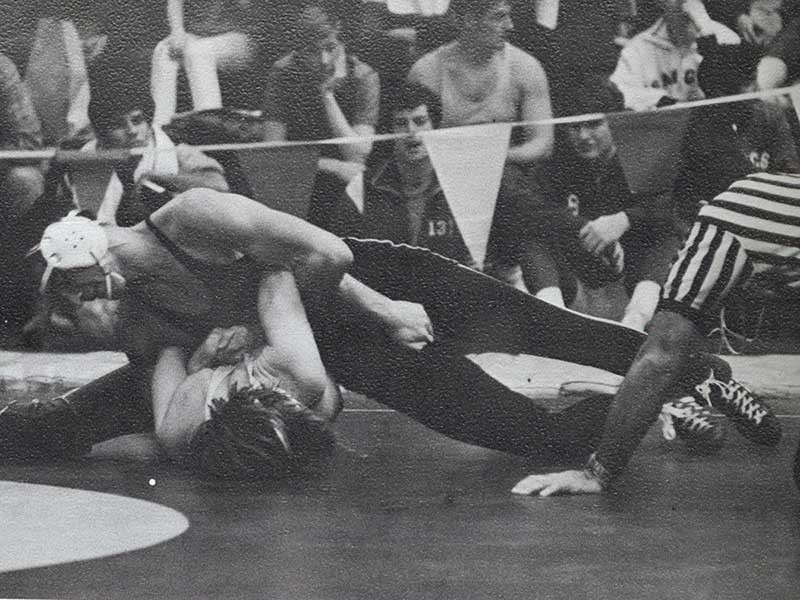 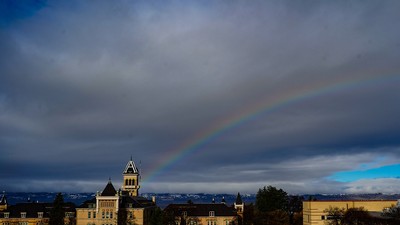