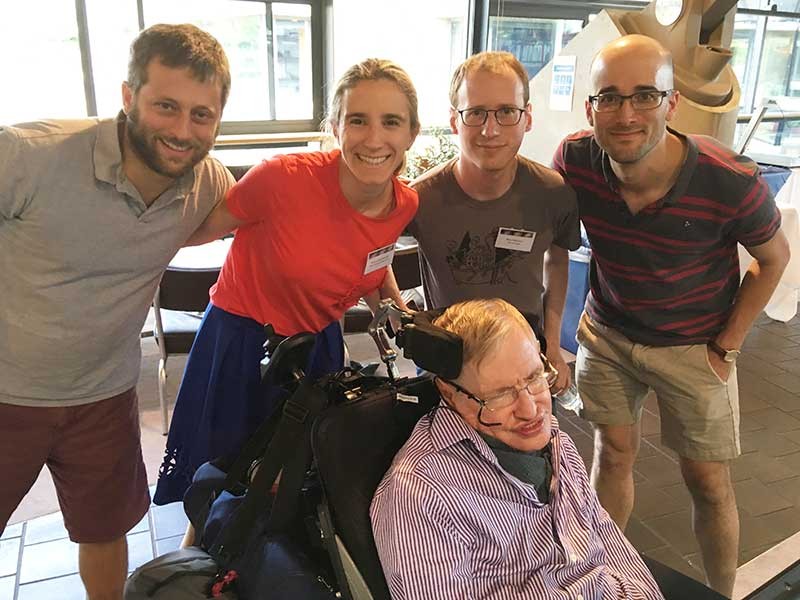 On this Pi Day 2018, Utah State University physicists and other Aggies, along with people around the world, are mourning the loss of Stephen Hawking. The pioneering British physicist died March 14, at his home in Cambridge, England. He was 76.

“I’m very surprised and shocked by the news,” says Maria Rodriguez, assistant professor in USU’s Department of Physics. “He was one of the leading scientists of our time; perhaps of all time.”

Rodriguez had the opportunity to meet Hawking last July, while attending the International Centre for Theoretical Cosmology Conference in the United Kingdom. The conference, entitled “Gravity and Black Holes,” was an elite gathering of less than 100 scientists involved in gravitational waves research.

To Rodriguez’s delight and surprise, she and her husband Oscar Varela, also an assistant professor in USU’s Department of Physics, were invited by Hawking to a small celebration at his home in honor of his 75th birthday.

“We were thrilled,” she says. “The invitation read ‘an evening with friends.’”

“Dr. Hawking welcomed us into his personal quarters and I was touched by his humility,” she says. “He was a very gracious host.”

She dared not ask for a photo with her hero at the party, she says, but had an opportunity later during the conference to join Hawking and colleagues for picture.

“He was so kind and I’m very touched by this image.”

Rodriguez says many are surprised Hawking never received a Nobel Prize in recognition of his accomplishments.

“A Nobel Prize in science usually marks some kind of measureable conclusion,” she says. “Hawking was a theoretical physics and his innovative theories have yet to be tested. I think, in the future, we’ll appreciate Hawking’s genius even more.”

In honor of Hawking, Rodriguez is devoting a class this week to one of the scientist’s early papers on black holes from the so-called “Golden Age” on research in the 1960’s and 1970’s.

“He wrote gorgeous papers with spectacular physics,” she says. “Yet he explained very complex issues in ways everyone can understand. I think my students will enjoy his work.”

She adds that theoretical physicists need to share their work through writing and travel.

“It’s amazing that Hawking, in spite of his debilitating illness, strove to travel throughout the world and connect with as many people as possible,” Rodriguez says. “He left us with an invaluable gift.” 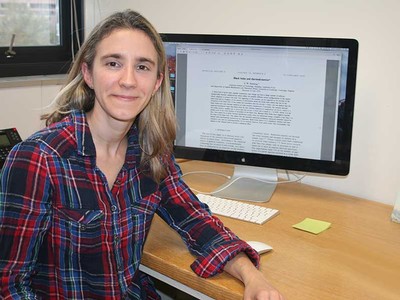 USU Physics faculty member Maria Rodriguez displays a pivotal paper by Stephen Hawking she plans to share with her students this week to honor the renowned scientist. 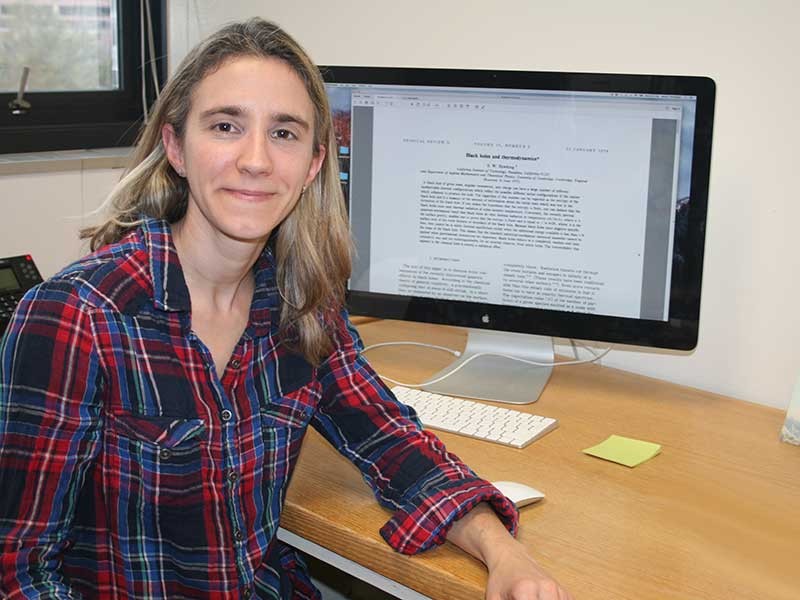 In the wake of the Coronavirus Pandemic, many individuals and families have sought support from Utah State University's Student Nutrition Access Center (SNAC) to meet their food needs. 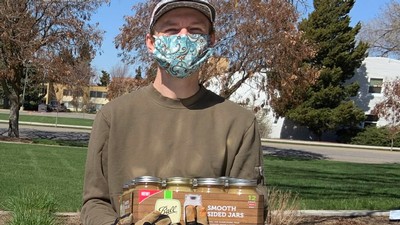 Utah State University is preparing to resume in-person classes and face-to-face experiences for students this fall.