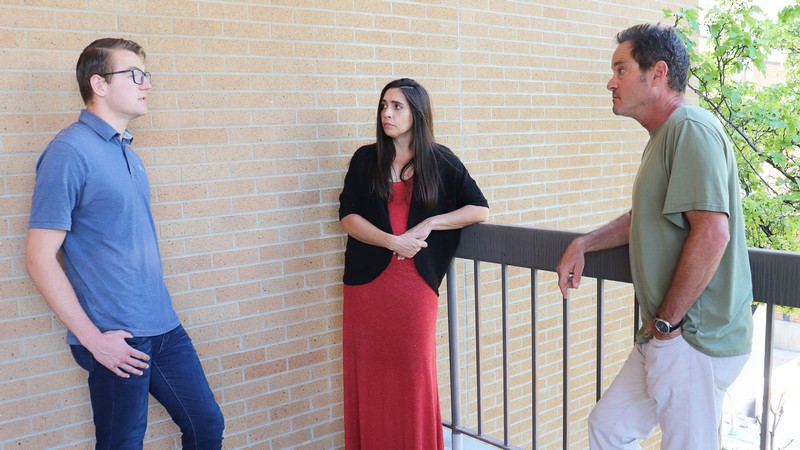 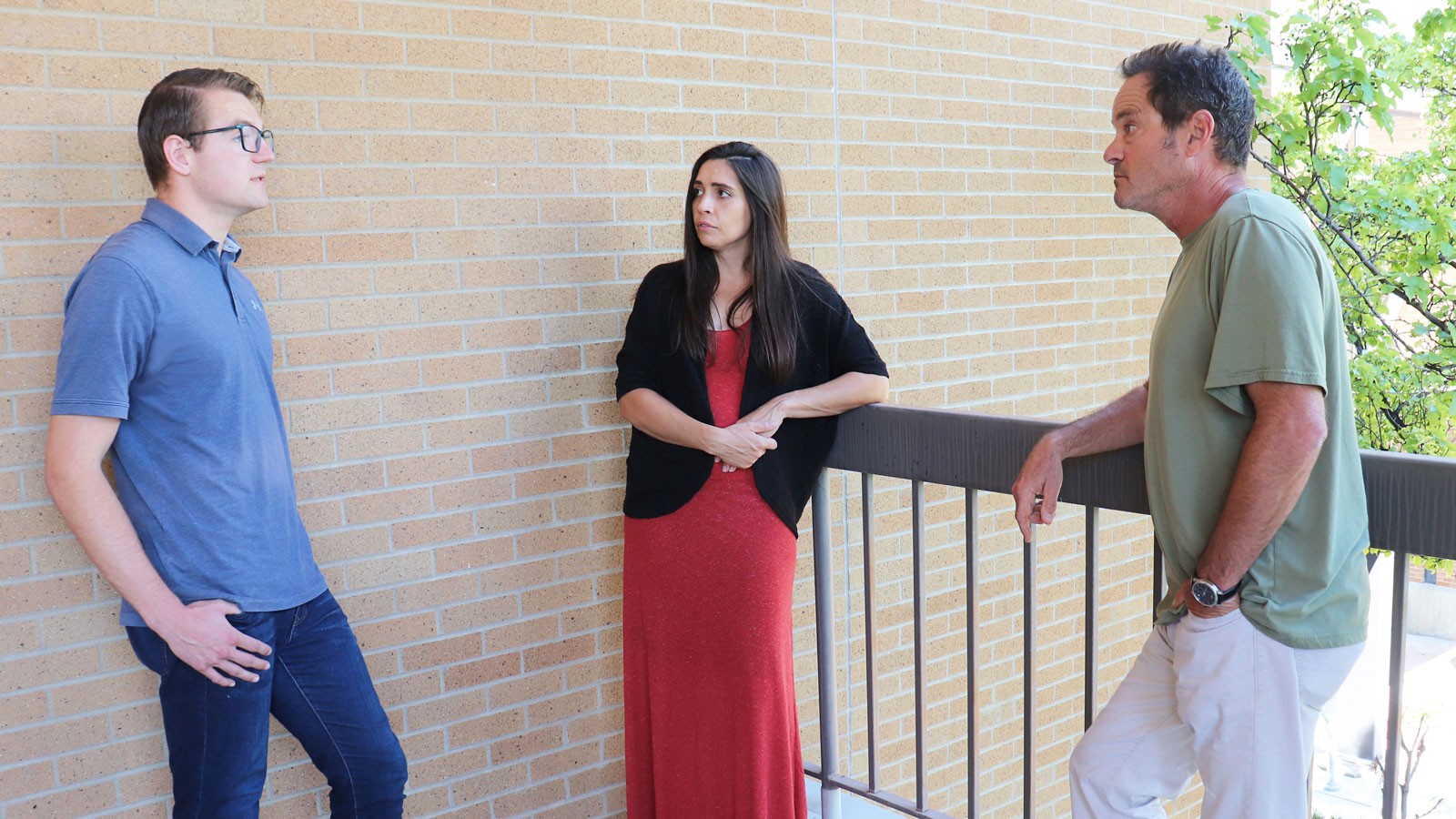 Utah State University undergraduate researcher Zachary Zito spent much of his summer in lively discussion with two faculty mentors, as each of the trio scribbled, erased and revised lengthy mathematical equations on a large whiteboard. What were they searching for? A hint: The incessant ticking of the clock on the conference room wall was no help.

Zito, selected as one of USU’s 10 participants in the 2022 Peak Summer Undergraduate Research Fellowship program, is striving to describe time. With guidance from mentors Charlie Torre, professor in USU’s Department of Physics, and philosophy postdoctoral fellow Brittany Gentry of USU’s Department of Communication Studies and Philosophy, the Honors student slogged through reams of academic literature, gleaned relevant insights, pondered heady questions and met regularly with his mentors to parse out some kind of meaning from his formidable pursuit.

“My conception of what we’d do with this project has changed considerably,” says Zito, a West Valley City, Utah native, who is starting his second year at USU with dual physics and philosophy majors. “We’re looking at the role time plays in current physics and philosophy theories, and we’ve honed in further on problems of time in quantum mechanics.”

He says physics and philosophy are not, as some might surmise, poles apart.

“Time is a concept thinkers — physicists, philosophers and scholars of other disciplines — have tried to nail down for centuries,” says the Undergraduate Research Fellow. “We’ve jumped into a really deep pool, but we’re finding interesting spaces.”

Combining physics and philosophy isn’t new, or unusual, to mentors Torre and Gentry. Torre also majored in the two disciplines as an undergraduate. Gentry specializes in philosophy of science, epistemology — the theory of knowledge — and metaphysics.

“I was excited to jump in when Zachary suggested this topic,” Torre says. “It’s not a subject I’d pursue with just any undergraduate, but I could see Zachary was up to the task.”

Zito says the confidence Torre and Gentry have shown in him has inspired him to soldier on.

“Time is a complex issue in a complex universe,” he says. “To explore it, we had to start with a simple model of the universe.”

He explains it was also necessary to “re-understand” mathematics, without reference to time.

“Looking at our model, we asked, ‘How would we derive, rather than assume, time? Where and when (in our model of the universe) would you introduce time?” Zito says. “Mathematics has been our most helpful tool. With math, you can ground the metaphysical statements step by step.”

A challenge, he says, is learning the math needed to tackle the project. Prior to this summer, the undergrad, who graduated from Cyprus High School in 2019, had not yet completed classes in the higher mathematics demanded by his research.

“I leapfrogged a lot of coursework to get started on this project, which meant spending time this summer teaching myself new concepts, but it’s been valuable preparation,” Zito says. “I’ll go into my differential equations, metaphysics and quantum mechanics classes this fall with a whole new attitude. I won’t just be earning grades; I’ll be further building the foundation I need to tackle hard things.”

Zito says meeting regularly over the summer with other Peak Fellows, as well as Caine Summer Art Fellows, has calmed his anxieties about doing research.

“We’ve talked about our projects and how it feels when you’re new at things and feel like you’re floundering,” he says. “We’re learning that research means becoming comfortable with uncertainty.”

Zito says he’s looking forward to the opportunity to meet with Drs. David and Terry Peak, who established the Peak Fellowship, and to presenting his project at USU’s Fall Student Research Symposium on Dec. 8, 2022.

“I’ve learned more than I thought I would through this summer project,” he says. “It’s altered the way I see the world.”