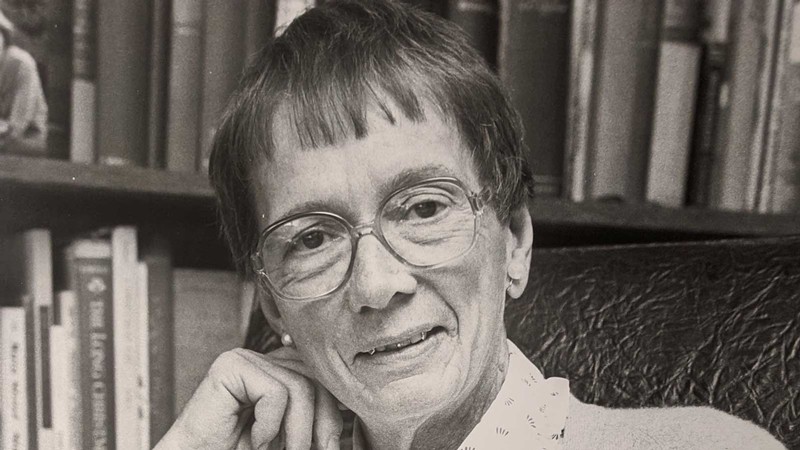 Professor Alison Thorne is known as a strong advocate for women and minorities. 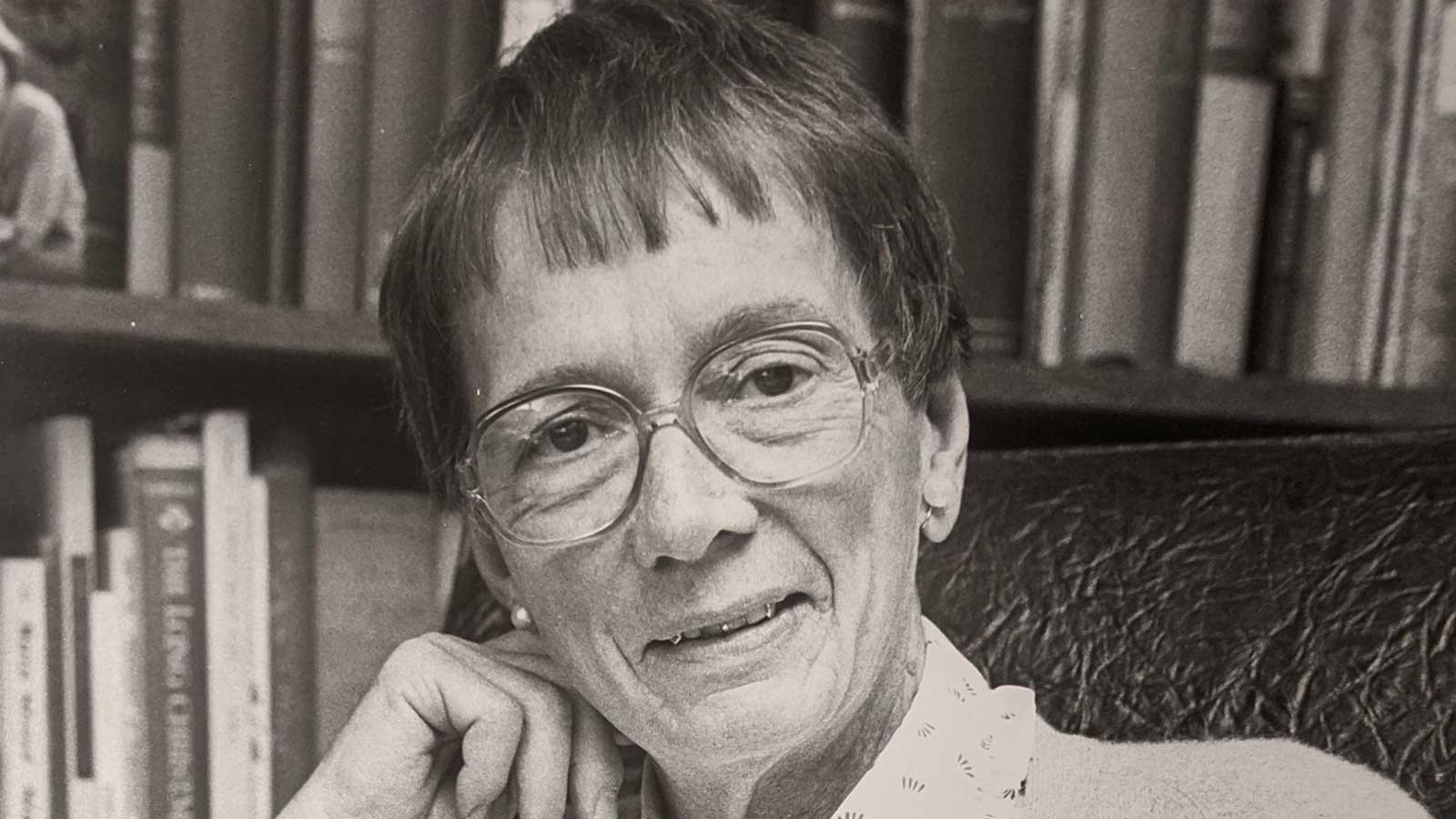 The United States past and present is full of female activists who have fought for change and reform. From the women at the Seneca Falls Convention to those who continue to push for women’s equality across the world, women are important influences in enacting change. Utah State University also has a rich history of women who have sought to change policy and social convention to make the university and the community a more accessible place for people from all walks of life. While we may not be able to recognize each voice individually, we acknowledge that every voice has something to share, no matter how big or small, no matter the race, and no matter the gender.

Alison Comish was born in 1914, the oldest of three children. Much of her childhood was spent in Corvallis, Oregon, where her father was on the Oregon Agricultural College faculty and her mother was engaged in civic activities. Alison’s lifelong engagement in education and community activism were anchored in her family’s values.

At age 16 during the Great Depression, Alison was fortunate that her family could afford to send her to college. In her time at Oregon Agricultural College (OAC), Alison’s only earnings came from grading papers at forty cents an hour. After two years, she transferred to Brigham Young University (BYU) in Provo, Utah, where she was elected president of the Associated Women Students, was on the women’s varsity debate team and on the staff of the Y News, the BYU newspaper. At the completion of her senior year, Alison graduated as valedictorian.

Alison began her pursuit of a graduate degree in consumption economics at Iowa State University, often in classes where she was the only woman; as a result, she felt fortunate to have two women as her major professors and mentors as she worked on her thesis. In 1938, Alison was the first woman to receive a Ph.D. in Economics from Iowa State University, at age 23.

While at Iowa State, she met and married fellow graduate student Wynne Thorne, an agronomist, and the two of them moved to Logan, Utah in September 1939. Although both partners had doctorate degrees, Alison could not pursue a faculty position at the Utah State Agricultural College (USAC) because of the anti-nepotism policies that prohibited both husband and wife serving on the faculty. Instead, she became active in the Faculty Women’s League. She was known as Mrs. Wynne Thorne in the league until the late 1970s, when she began to be addressed as Mrs. Alison Thorne, but not as Dr. Thorne. In 1947, Alison was invited to by Dean Ethelyn O. Greaves to teach a class on consumer buying problems, an offer she accepted.

Even while her children were young, Alison took opportunities to learn and challenge herself intellectually. One of the challenges that she set for herself was to write a manuscript about homemakers’ values. Once completed, she titled the manuscript Let the Dishes Wait: A Philosophy for Homemakers. Alison sent the book to several publishers, all of whom rejected it. One publisher’s assistant suggested trying to publish the manuscript in smaller sections in a women’s magazine. Despite its being unpublished, many people heard about the manuscript and invited Alison to speak at PTA meetings, women’s clubs, and the Rotary Club.  During these meetings Alison encouraged women not to lose their sense of identity in an effort to become the perfect wife, mother and homemaker. She stressed the importance of personal hobbies and interests over making sure the windowsills were regularly dusted.

In 1959, still unable to get a professional position at USU, Alison successfully applied to fill a vacancy on the Logan school board. She subsequently won reelection twice, serving for eleven years. Mid-way through that service, Governor Calvin Rampton appointed her to the powerful five-person State Building Board, which oversaw building at all state institutions, including prisons, mental hospitals, and universities. She served in that capacity for 12 years, and was the only woman on both boards.

Dean Phyllis Snow very much wanted Alison on the faculty, and invited her to work on a research proposal with the head of the Department of Family and Child Development in 1963. Alison was awarded the title of assistant professor but due to anti-nepotism policies, with no salary. Two years later, after the Civil Rights Act of 1964 led to the demise of anti-nepotism rulings, she was offered a position teaching in the Department of Family and Child Development, but as a lecturer. She served as a lecturer for twenty years but feared she would suffer the fate of many long-term women lecturers, who had been summarily fired at age 70. So in 1984, at age 70, Alison submitted a dossier of her record of teaching and research, and successfully requested a promotion from Lecturer to Professor Emerita.

Throughout this time and in the ensuing years, Professor Alison Thorne was known as a strong advocate for women and minorities. As a member of the Cache Migrant Council in the 1960s, she helped pave the way for the education of migrant farm children by local public school districts. Her grant writing resulted in the creation of a Head Start Program in Cache Valley. She served on the Utah Governor’s Committee on the Status of Women and helped to organize and served on the USU Status of Women Committee. She was a fervent advocate for the Equal Rights Amendment, and established a women’s studies program at USU, in fact, teaching the first course in the program.

The mother of five extraordinary and successful children, Dr. Thorne was awarded an Honorary Doctorate from Utah State in 2000 for her long-time work for social justice, and especially for her work on women’s issues. Her son, Dr. Kip Thorne, a Nobel Prize Laureate, was also awarded an Honorary Doctorate in the same ceremony. Her book, Leave the Dishes in the Sink, which speaks to her championing creative, intellectual, and community engagement over housework, finally found a publisher in Utah State University Press.

Professors Christy Glass and Alison Cook have been working collaboratively for over 10 years studying women and racial/ethnic minorities in the workplace. Their work is widely cited as it sheds light on the what is called the “glass cliff” in the workplace, which asserts that nontraditional leaders are more likely than traditional leaders to be promoted to leadership positions in times of company struggle. Often, these women and minority candidates know that it is risky to take a leadership position at a troubled company, but they are more likely to accept these positions than traditional candidates because they feel this may be their “one chance” to prove themselves.

To combat this phenomenon, Glass and Cook suggest decision makers need to be more aware of unconscious bias against women and minorities. They have also suggested that companies need to make an effort to diversify corporate boards. Companies can benefit from having women as leaders, particularly as there is a growing consensus in the research that women are more ethical, transparent, and risk-averse than men, which makes for a more stable situation.

The two were named the 2016 Researchers of the Year for their respective colleges in addition to several other awards that acknowledge the impact of their work, which has appeared in prestigious journals in sociology and management.

In August of 2019, Glass was named as the interim director for the Center for Intersectional Gender Studies and Research at USU and will serve in this position for two years. She is also actively engaged in Real Women Run, an initiative to encourage more women to seek public office.

These women—past and present—are activists, seeking to make their communities and the world a better place through research and involvement.

Resources:
Kristen Munson
“Leave the Dishes in the Sink” by Alison Comish Thorne 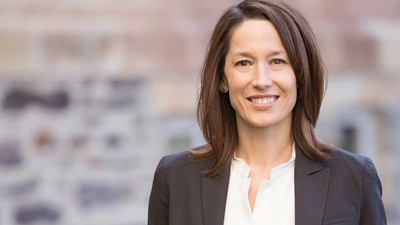 Christy Glass (pictured here) and Alison Cook have been working collaboratively for over 10 years studying women and racial/ethnic minorities in the workplace. 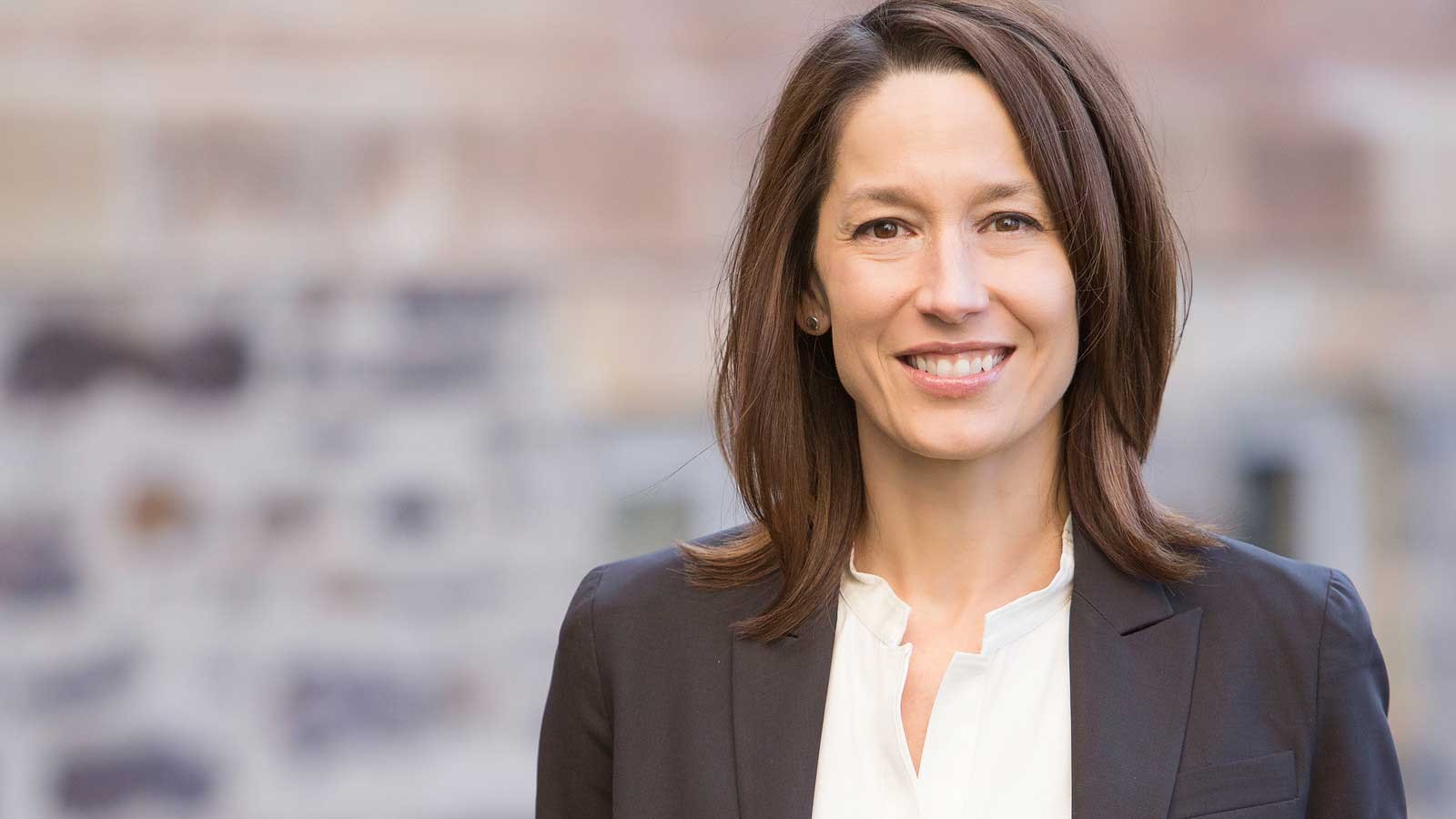