In 1916, several students from Salt Lake City founded the Beno Club. In 1916, the Benos erected their ýheadstoneý on campus, a "Block A," which was placed to the west of the Mechanic Arts Building.

In the late 1930s, the monument was moved to the front of the Library, at the east end of the Quad. When construction began on the Merrill Library in the early 1960s, the Block A went into storage. In 1967, past students, alumni, and older faculty members campaigned to have the Block A returned to the Quad, where it was erected atop Old Main Hill, just northwest of the Main Building.

The Block A has stood as a traditional monument to aggie spirit. Campus tradition dictates that only those who kiss while sitting on the Block A, under a full moon, can be "true aggies."

Divergent stories exist as to the founding of the Benos. One story claims that the Salt Lake City students, while still in high school, had approached their principal at West High about starting a club. The principal's response was that there would "be no" clubs. The experience stayed with the young men, and when they came north to attend the UAC, Carl "Stubby" Peterson, one of the students, suggested they use the name for a club on campus.

Another story involves student pranksters affiliated with one of the clubs on campus during the time period who greased the trolley tracks coming up 500 North to College Hill. The episode so infuriated President Widtsoe, that he reportedly told the student body that there would "be no more clubs."

Whatever its derivation, the Beno Club performed a conspicuous amount of service on campus. In 1926 the club affi liated nationally with the Intercollegiate Knights, adopting the motto of "service, sacrifice, and loyalty." 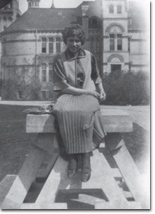