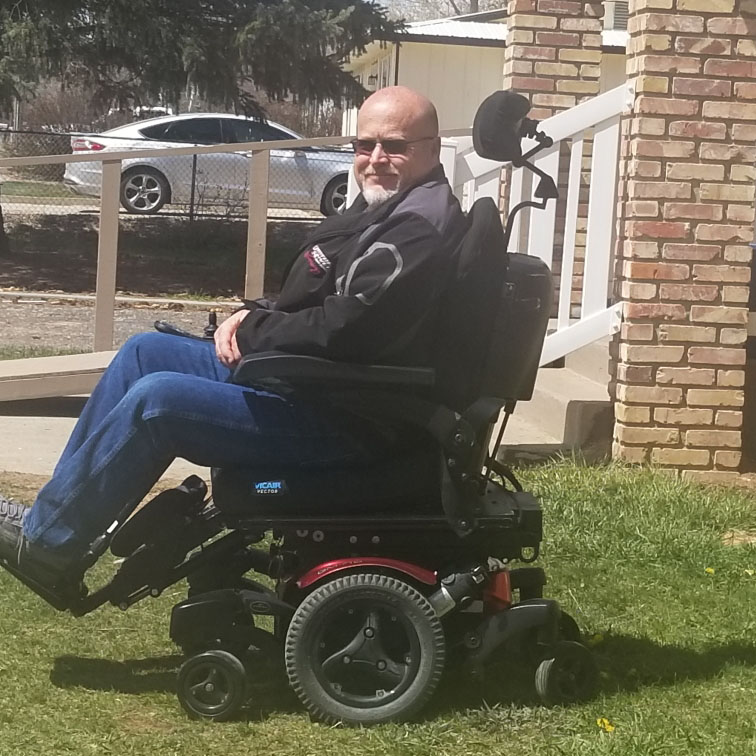 VERNAL--Alan Howell was a driving home to Vernal from Salt Lake City in January of 2020 when he was hit with a horrible headache. It was the first sign of a stroke of his spinal cord.

After an ER visit, a hospitalization and a battery of tests, he returned home hearing he would never work again. He was 55 years old.

“I found myself basically disabled overnight,” he said.

Then he met Mindy Mair, a UATP client who told him that assistive technology could help. She put him in touch with the Utah Assistive Technology Program in Vernal.

From there he met Cameron Cressall, the Uintah Basin coordinator. Cameron found a refurbished power chair for Alan.

“If it wasn’t for that, my mobility would be zero,” Alan said.

When Cameron learned that Alan lost his balance when he bent down to pick up things, Cameron found him a grabber and a walker. Cameron also evaluated Alan’s home.

“They were already on top of it,” Cameron said. He helped level a place in the floor to eliminate a trip hazard.

“The equipment that he has suggested and provided has helped me greatly,” Alan said. ”If it wasn’t for Mindy and Cameron and their help and advice, I would still be struggling with all of this.