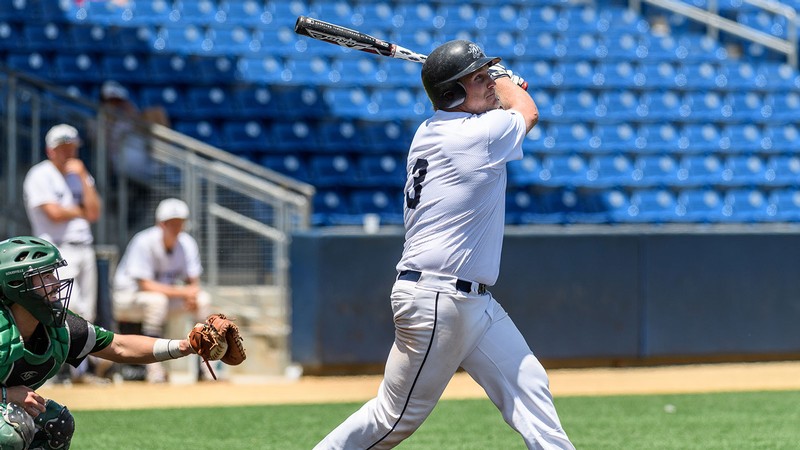 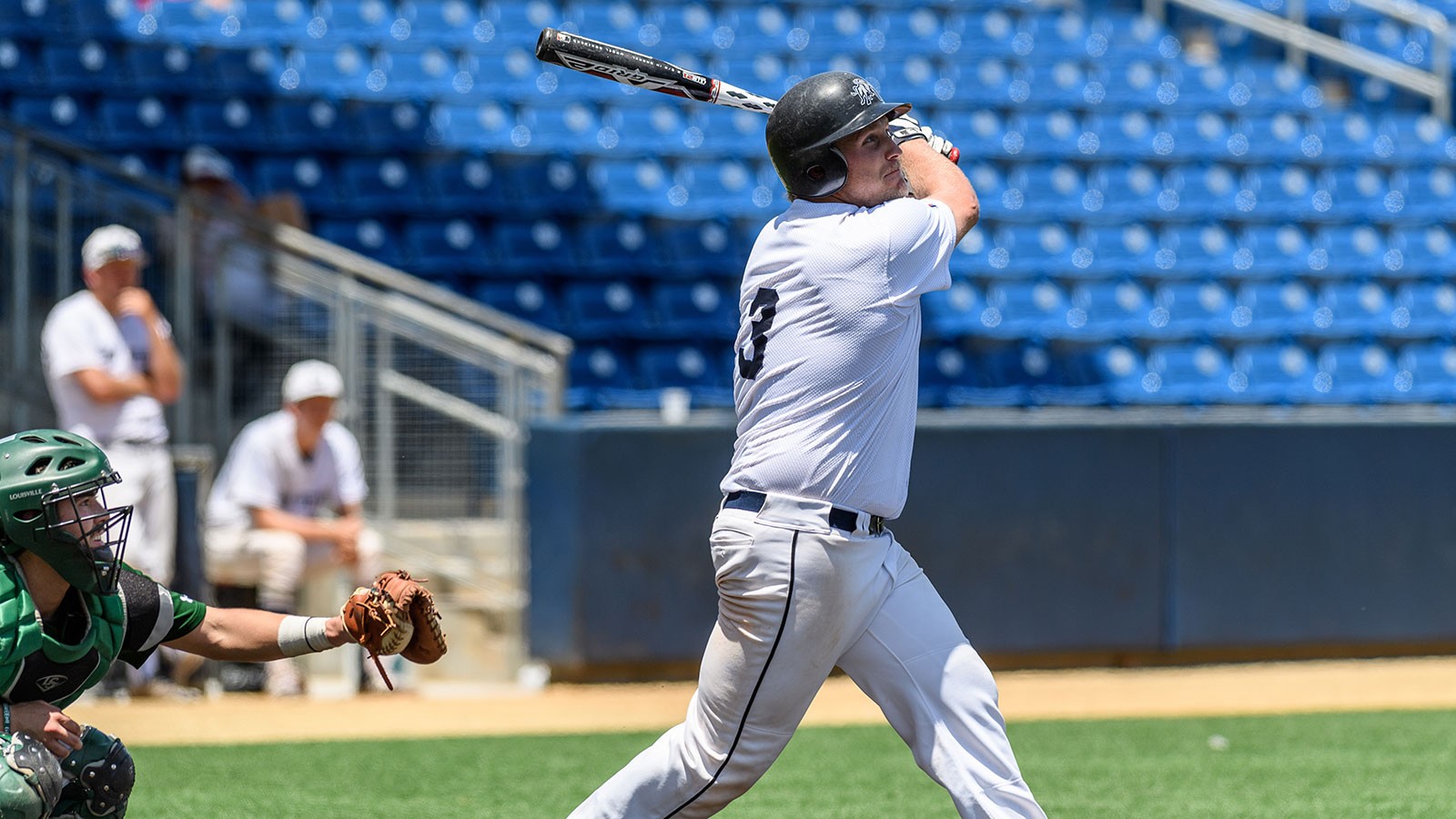 Norm Doyle was the head coach of Utah State’s club baseball team for three seasons and in two of those years, he led the Aggies to a pair of national championships in 2012 and 2014, respectively.

“My first thought was one of total shock and surprise,” said Doyle, when asked about the recognition. “I actually didn’t even know they had such an award, but I was so honored to have even been considered, let alone selected. Both Brad and Jake are extremely deserving of their honors, as well. I was so happy for both of them. Not only were they amazing baseball players for Utah State University, but they also were excellent representatives of the university. What an honor it is to be recognized with these outstanding young men.”

“When the last day of tryouts ended for us on Sept. 10 and I checked my phone, I saw a notification that the NCBA had released the All-Decade Team,” Anderson recalled. “I thought I would look it over and see the lucky recipients of the award. When I saw my name listed as the first baseman I was absolutely ecstatic, there is no other way to put it.

“I was standing around some of the players and I audibly said ‘I made it! It was like something out of a movie, to see my name listed on the All-Decade team announcement. I never thought it was possible, but I couldn’t be happier.”

Anderson was ecstatic for Doyle and Singer, as well.

“Seeing Norm and Brad on that list was incredible,” he said. “They have both given so much of their time, effort and energy into the Utah State baseball program and for them to get recognition brought me so much joy. My first year on the team was in 2014 when Norm was the head coach. I was lucky enough to get to play under him and learn from him during each game. I got to see firsthand how to lead a team, navigate a season and win a national championship. I got to see how to manage a team of young adults and how to navigate the wins and losses of a season.”

Singer made the NCBA All-Decade Team as a second baseman. He garnered second-team All-American accolades in 2011.

“I found out via text message from an old teammate and friend, Ryan Doyle, saying, ‘I’m proud to know the second baseman of the decade,’” Singer said. “I was confused at the text thinking he had sent a text to the wrong person, but then he shared the list with me. I was honored to be recognized. It will be a fun accolade to share with my family in the future.”

Of the 14 members on the NCBA All-Decade Team, Utah State has the most with three, followed by two from East Carolina and one each from Idaho State, Iowa, Marquette, Metro State, North Carolina, North Texas, Pittsburgh, San Diego State and UC Davis.

“I was more excited to see Jake and Norm’s name on the list,” Singer said. “Quite frankly, there should have been a few more names from Utah State on it. Jake put in a lot of time and effort to his game and I was happy to see it pay off. He could hit the ball a country mile and he deserves the recognition. Norm was a players’ coach. He organized the group and made sure we were accountable on and off the field. It is a testament to his leadership that Utah State baseball has had success.”

“As a club, you don’t enjoy some of the luxuries that sanctioned teams receive,” Singer pointed out. “However, that made our teams appreciate the opportunity more. We had to pay to play., use our own vehicles to travel to games, fundraise for ourselves, pay for uniforms, gloves hats, baseball, etc., on top of our tuition. We definitely faced obstacles, but I have never had a better experience in sports than I did with the Utah State club baseball team – definitely some of my fondest baseball memories.”

That includes coaching the team.

“There are always two things that come to mind when I think of my time coaching,” Singer said. “The first is the relationships with the players. To this day, when I see a former player it is always a happy moment and there is a special bond there. The second was winning the regional tournament in Boise to send us back to the World Series. We played on the Boise Hawks’ baseball field, which had a nice clubhouse under the dugout.

“After we won the final game, all the players were waiting for me in the clubhouse and it turned into a huge dance party with water and Gatorade spewing everywhere. That’s a moment I won’t forget. Someone recorded it on video and I watch it once a year, and it always brings a smile to my face.”

The Aggies ended Doyle’s first season at the helm on a 19-game winning streak, capped by their 14-3 victory over Colorado State in the championship game of the NCBA Division I World Series on June 1, 2012, in Columbus, Ga.

“I am so appreciative to the young men I had the opportunity to be with day in and day out for eight seasons of baseball,” said Doyle, who was an assistant coach for five seasons before taking over the reins of the program. “There were so many success stories along the way, so many trials and so much growth individually, and as a team. I feel like we really built something during those eight seasons. I remember the first year I was an assistant, we had maybe 11 players and only nine jerseys, so when we would make a substitution, the player coming out of the game would have to take off their jersey and pass it on to the next player.

“Nobody knew about USU baseball, but they do now, and the program is in great hands with Jake as the head coach. From the donors, to the parents, to the administration that has supported USU baseball over the years, I say, ‘Thank you.’ You were supporting so much more than just a baseball team.”

Utah State had to fight its way through the losers’ bracket to win its second national title in 2014. The Aggies lost their second game of the World Series, then reeled four victories in as many days to capture the crown, this time in Tampa, Fla.

USU beat Cal 6-3 in the championship contest of the World Series and ended the year with a 27-9 overall mark.

“Norm always did such a great job of making sure that our team was prepared for each opponent,” Anderson said. “He always had a strategy in place, and had each player well prepared and placed in both the lineup and field exactly where they needed to be. It was an honor getting to play for him, and learn from him.

“Right after winning the World Series, we were driving back in our rental car minivans. I was sitting in the front seat as Norm was driving and the players in the back seat were holding the NCBA World Series Trophy. I just remember seeing Norm look back at the trophy with the biggest smile on his face. You could just tell the price that he had in winning the World Series and the understanding of how much sacrifice each of the players, and other coaches, had made throughout the year to get to this point. That moment has stuck with me and drives me to be a better coach every single day so that hopefully someday I can have that same look on my face.”

Anderson took the 2015 season off after getting married, but returned to the diamond in 2016 and 2017, playing for Singer. Under his watch, Anderson has guided the Aggies to conference championships in 2018 and 2019. The 2020 season did not happen due to the COVID-19 pandemic.

“There are countless memories that I have with Brad,” Anderson said. “Having played alongside Brad, we also had a friendship that wasn’t just a player/coach relationship. We were good friends off the field. This one, however, does have to do with an in-game memory. I don’t know if he even remembers this as it probably doesn’t seem like a big of a deal. It was early in the season in 2016 and I was struggling a bit with hitting for a couple of games. Brad pulled me aside and told me something along the lines of, ‘This is your team, we win and lose with how you play, now let’s go win!’ Up until that point, I had never really considered myself a leader, I just played the game I loved, but after he said that it is like a switch clicked and I never looked back.” 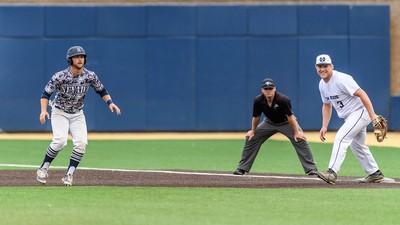 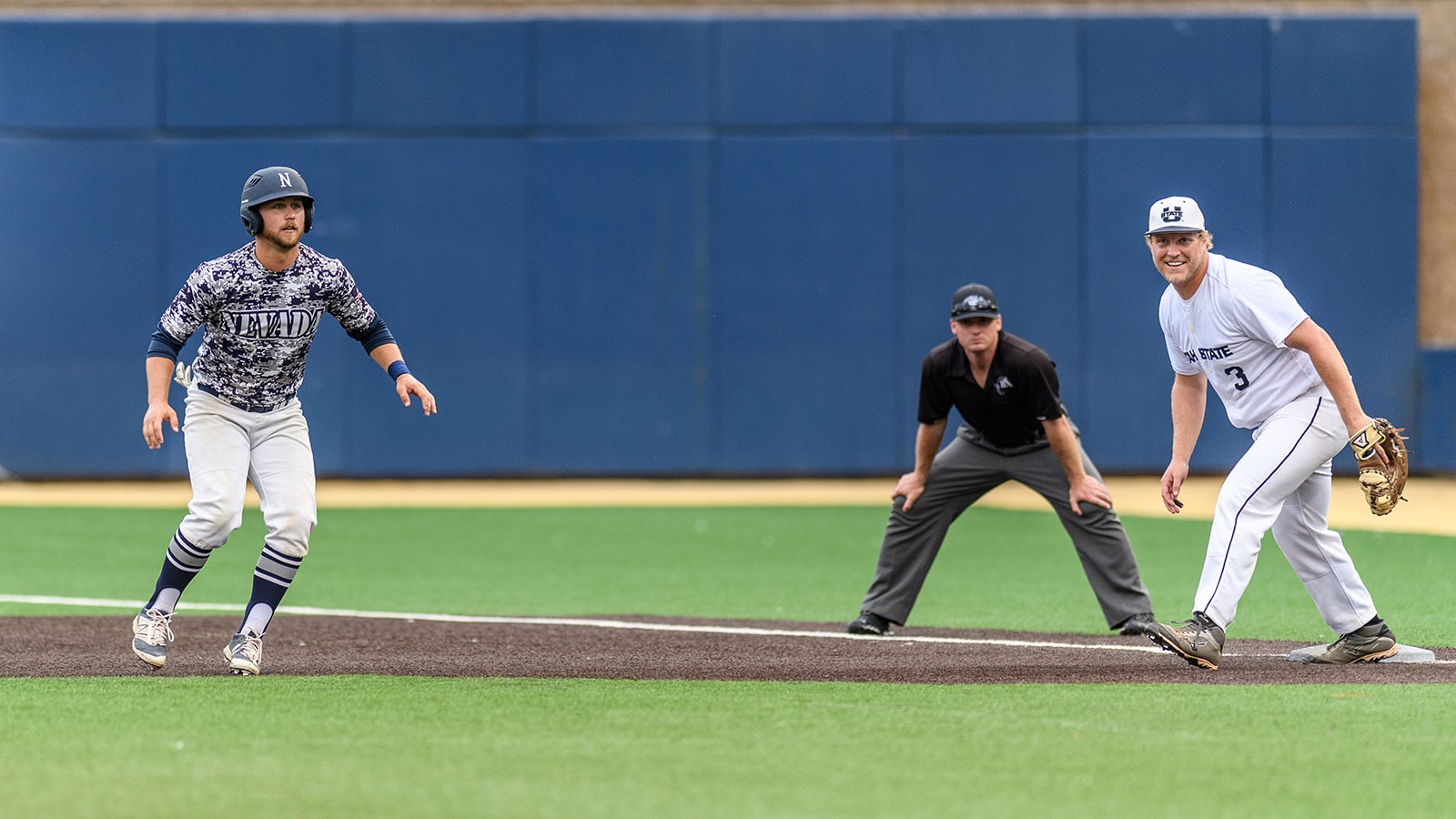