A group of bike commuters, students, staff, and community members gathered to discuss ways to attack the air quality problem in Cache Valley and launch a community bike program. This group changed a previously restrictive walkway policy on the USU campus that paved the way for the Aggie Blue Bikes (ABB) program. 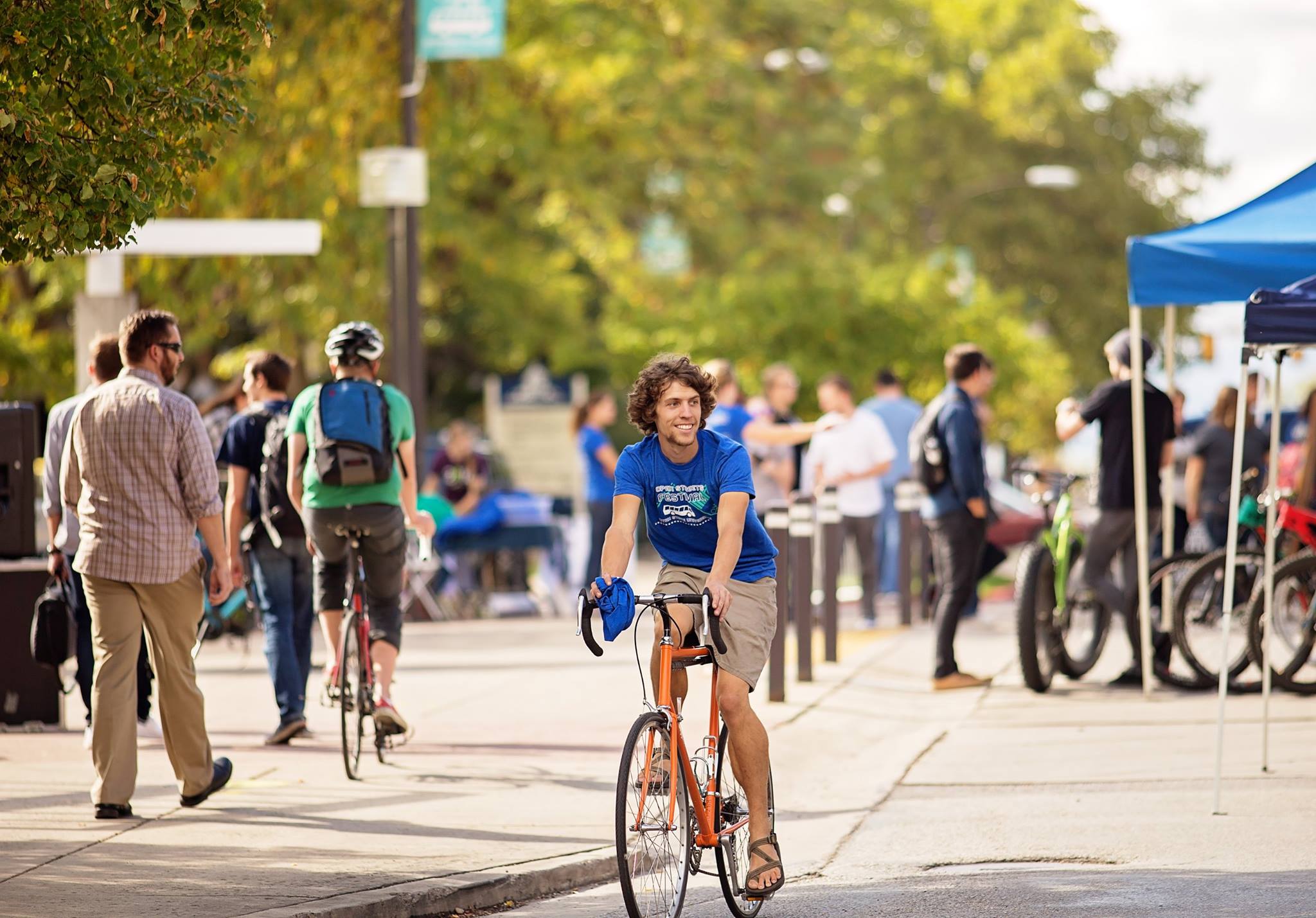 September 2005: ABB opened its doors with one employee (founder Adam Christensen) and a fleet of nine bicycles that were available for free checkout to the USU community. By the end of the year the fleet had grown to eighteen.

Bike fleet had more than tripled to 65.

Bike fleet had grown to about 120 bikes

ABB employees started an annual Friends of Santa program in which its employees collect donated children’s bikes and refurbish them to give to needy children in the community.

Spring 2007: ABB student employees realized they would not be able to serve the amount of students they desired because the demand for bikes far exceeded the supply. In response, ABB expanded the educational side of its services to include one-on-one tutorials, community weekly classes, and League of American Bicyclists classes. That year ABB also implemented student tool boards for students to maintain personal bicycles with ABB employees available to teach proper bicycle maintenance. The program also began reaching out to the greater community early on in its existence.

ABB employees started an annual Martin Luther King Day food drive that has been completely bicycle powered. Through these first years, the bike program was funded from various contributors throughout campus including the Provost’s Office, the Vice President of Student Services, and the Sustainability Council. These funds were leveraged with an AmeriCorps grant from ABB’s home department, Utah Conservation Corps.

ABB successfully applied for its own three year AmeriCorps grant.

ABB successfully gained a $1.25 student fee that dramatically increased the number of bicycles available to a level of 160 and allowed for the hiring of a program coordinator.

A fee increase of $1.00 was proposed to help fund the program coordinator position, making it a 75% time, USU staff position. This increase was voted on by the student fee board, and was passed.

A 75% time program coordinator was hired.

A $0.50 fee increase was proposed and was passed by the student fee board in order to fund additional staff mechanics.

ABB became the lead sponsor of USU’s Open Street Festival, and event that aims to promote active transportation on 7th North, by closing it down to vehicular traffic and opening it to active transportation. The event occurs every fall. In 2014, a $.50 increase was proposed to fund an hourly shop manager position. This increase was put in front of the student fee board and was denied.

ABB was awarded a $89,660 grant from the state (Utah Department of Transportation) in order to complete a comprehensive shop remodel. The remodel was completed in fall, 2015 in time for ABB’s ten year anniversary celebration. 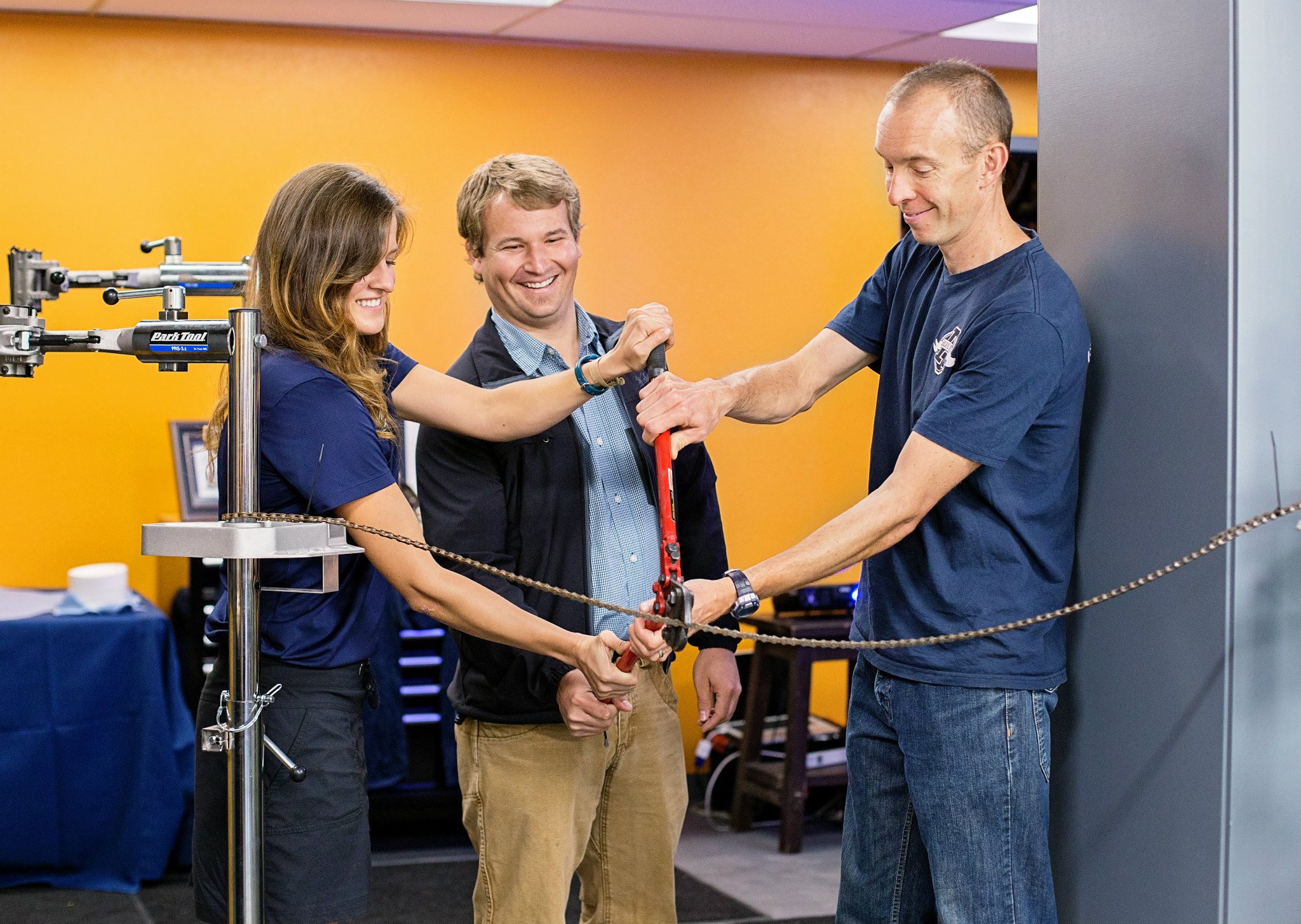 It was apparent that ABB three month checkouts were in such high demand there would be no way everybody could rent a bike so ABB began to research bikeshare programs. After much work, lots of collaboration and meetings it was decided that ABB would coordinate the launch of a dockless bikeshare system, Spin. This program was graciously run by Joyride Bikes. It was a successful pilot and proved that many people want to ride bicycles, they just need to access them. 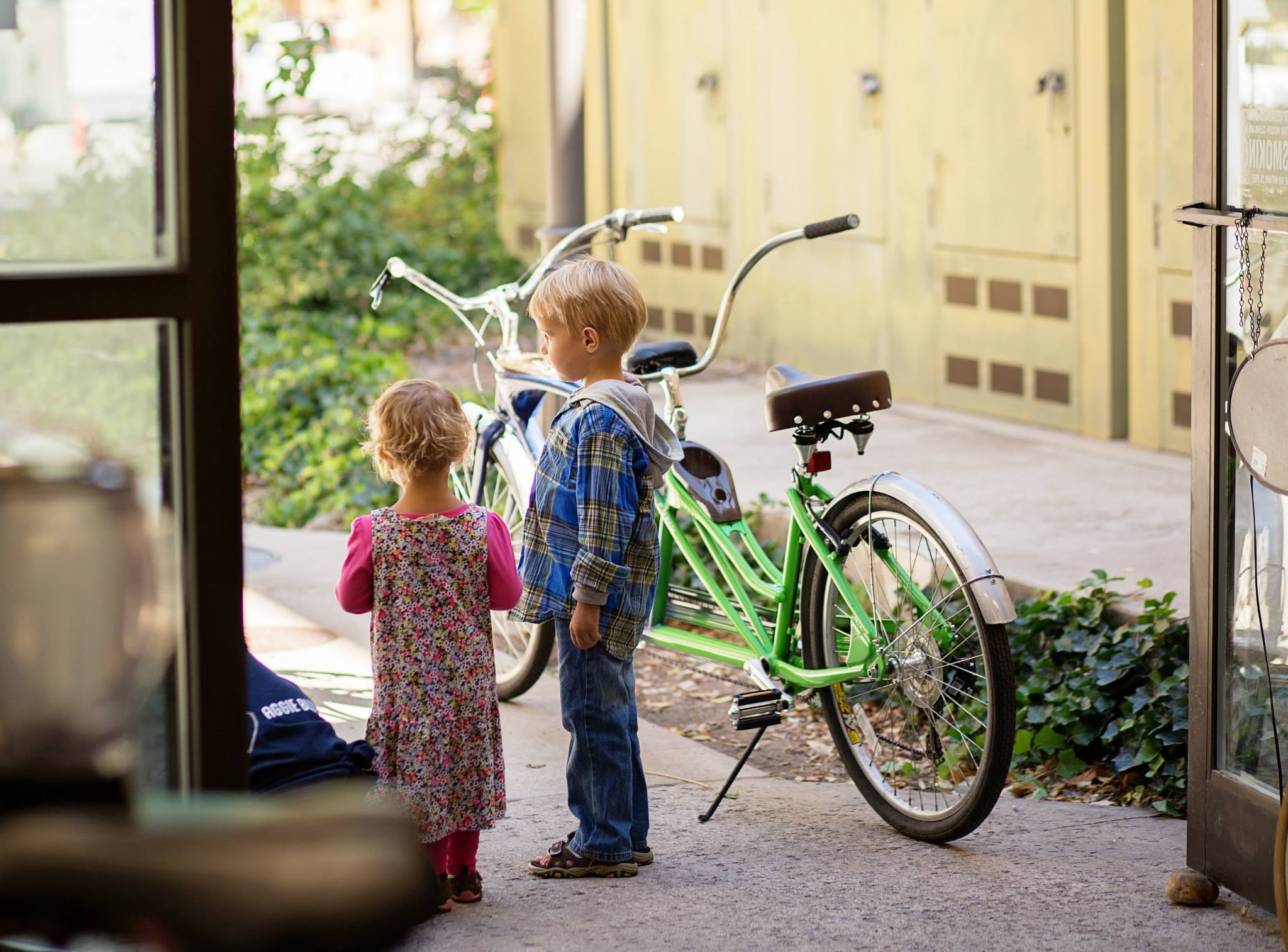 Summer 2018 The pilot program had concluded however we learned that modern bikesharing in our community works and have gathered data to get us an even better provider. We also created our first Alley Cat Bike Race, Bad Asphalt and participated in the national call to go bikecamping from Swift Bikes with a trip North to Maple Grove Hotsprings. ABB also began to try to reach out to our community more by hosting "Community Hours" (currently Mondays, Wednesdays and Fridays from 8-10 a.m.) where anyone can bring in their bike during special hours and get lessons on how to fix them up. If you just want to learn more about bikes, this is also the best time to volunteer with ABB.