What is Caterpillar Fungus?

How is it Used?

Traditonal Chinese medicines like the caterpillar fungus and ginseng are bought in Chinese drug stores. The price varies from $27 to $53 a pound depending on quality. The fungus fruiting body has been removed in the most expensive grade. Caterpillar fungi are also used as gifts. A large gift box costs about $400.

The use of this fungus was relatively unknown in this country until it was credited for the success of Chinese women athletes at the National Games in Beijing, in 1993. Three Chinese track runners set new world records during the Games at three different distances, 10,000 m, 15,000 m and 30,000 m. Their coach, Ma Zunren, attributed the runner’s success to intensive training as well as a stress-relieving tonic prepared from the caterpillar fungus.

If scientific research identifies the active ingredients produced by the fungus it may become very valuable in modern medicine. Scientists have already identified several isolated compounds that might be useful when purified as drugs to combat some types of cancer and lymphocytes [natural killer cells]. Scientists continue to visit other countries to collect and study traditional medicines hoping to discover new drug sources. 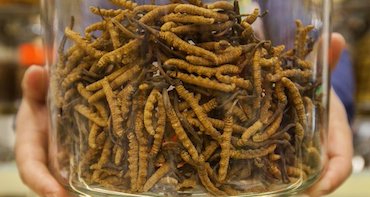 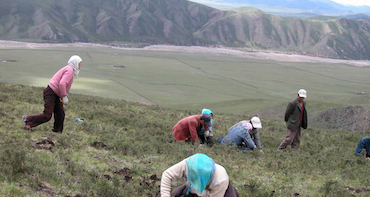 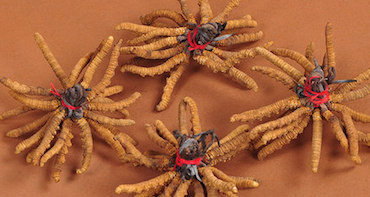