When the College of Utah (eventually Utah State University) was established as a Land Grant College in 1884, Physics was part of the first announcement of courses offered. Physics and Mathematics were combined as one department for many years.

The first Ph.D. Physicist was Frank L. West, University of Chicago, who came in 1908. The department had three Ph.D. professors by 1935 and a handful of Physics majors but was reduced to a very small group by 1940 due to the demands of impending World War II. The group was led by Dr. Willard Gardner, a world-famous soil physicist, and the efforts of the department were spent on military training programs. The first doctorate degree was given in 1950 despite these difficulties.

A program of upper atmospheric studies was initiated as an interdepartmental unit in 1969 as the Center for Research in Aeronomy (CRA), primarily involving the Departments of Physics and Electrical Engineering. The program expanded to become the Center for Atmospheric and Space Science (CASS) in the College of Science. The staff and programs expanded over the next 18 years, and in 1987 a new building for Science and Engineering Research was completed (picture above). It permanently houses the Department of Physics and CASS together with other University facilities.

The Department of Physics provides education at the BS level to about 100 undergraduate students and at the MS and Ph.D. levels to about 35 graduate students. We also provide service classes in introductory physics, general physics and astronomy to large numbers of non-majors. The department has active research programs in space physics, plasma physics, condensed matter physics, complexity, gravitation, field theory, and physics education. Our programs are supported by 15 tenure-line faculty positions, 13 research faculty positions, and a staff of four. 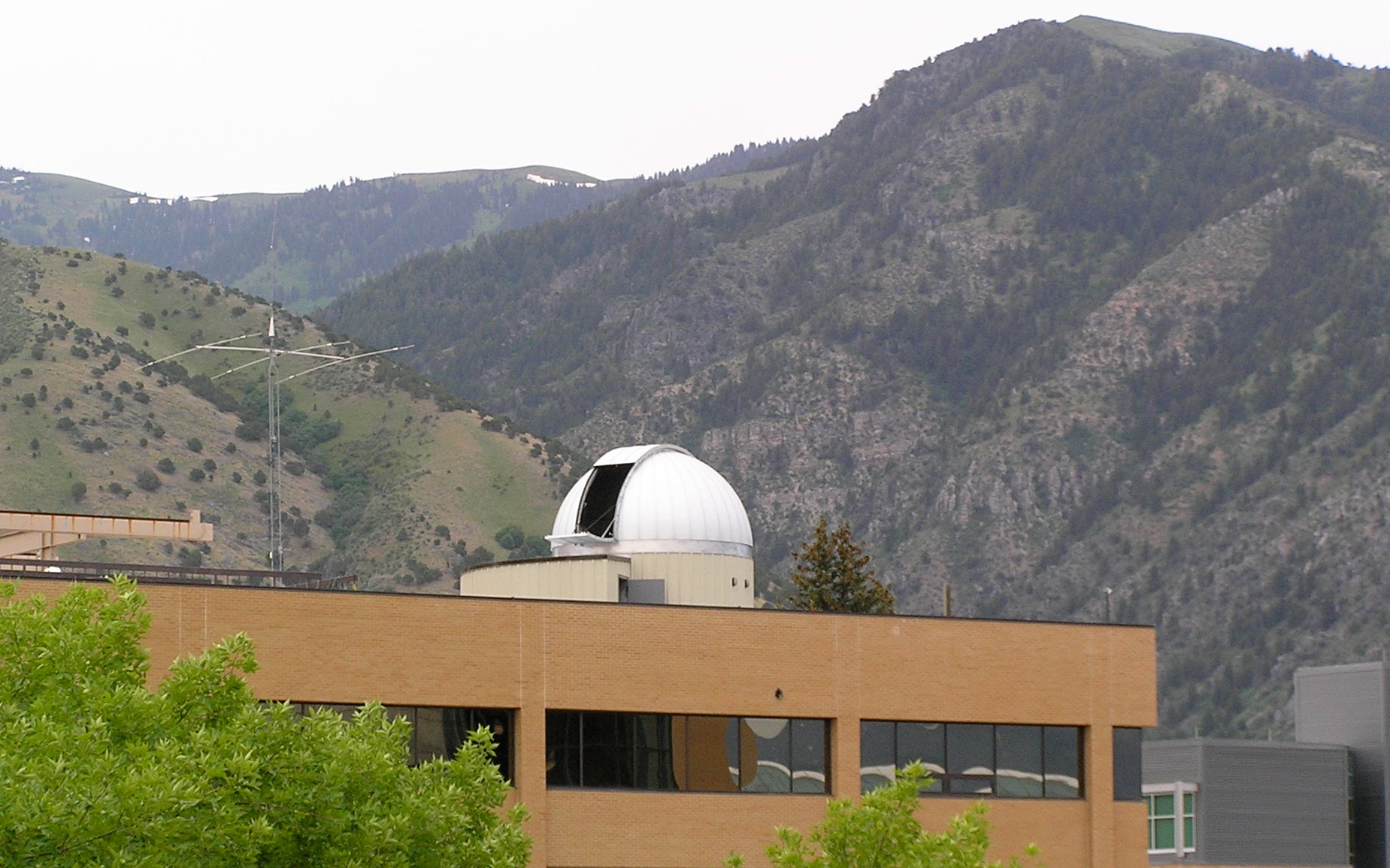 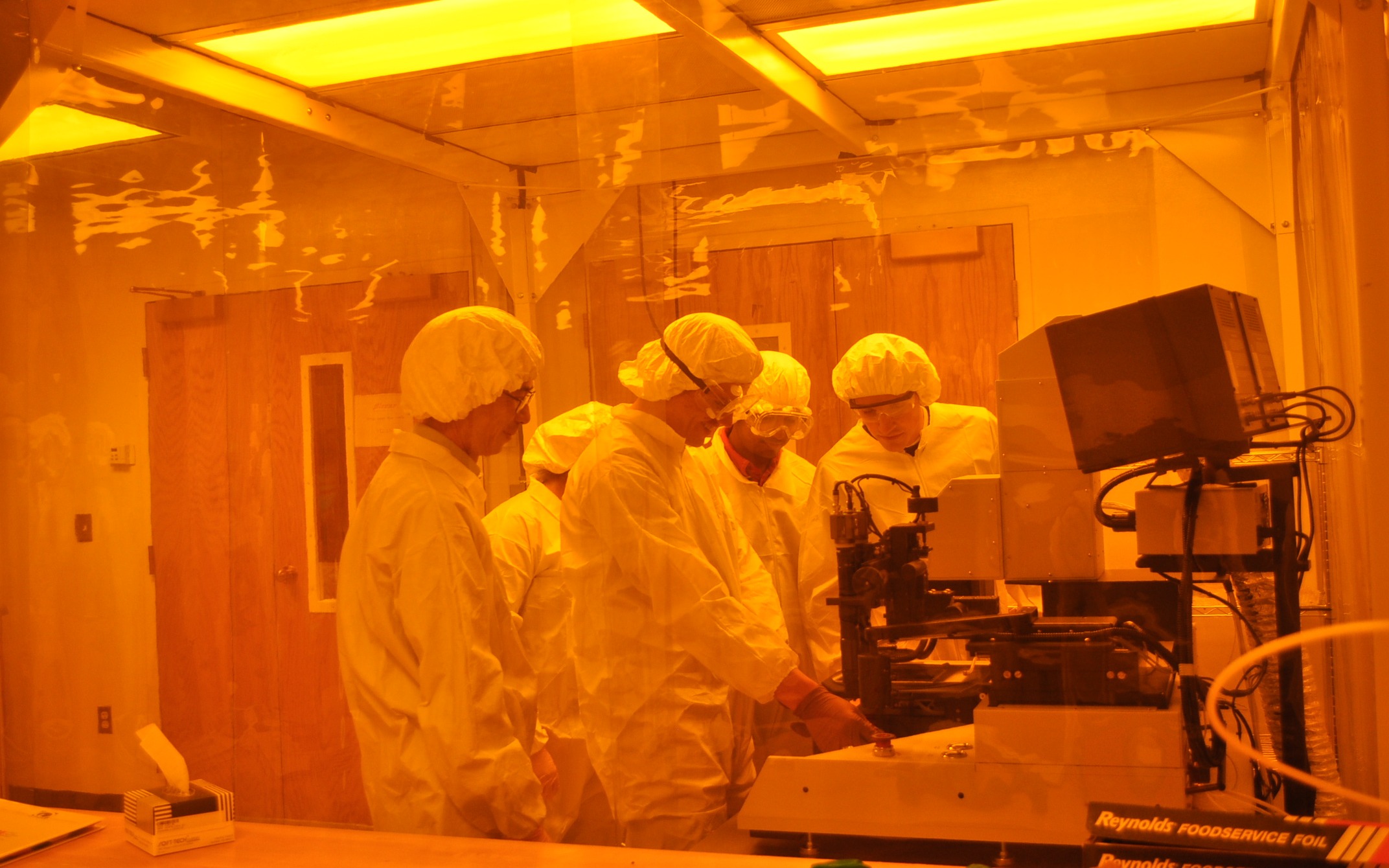 The Department of Physics has a wide variety of research laboratories actively involved in day to day science activities. A more detailed accounting of our many facilities can be found in our research links to the left. Some of the highlights of our shared use facilities are:

A physics degree represents more than a collection of courses. It is a coherent set of competencies and outcomes which emerge from a student's experience with the degree program. Using a process known as "tuning", initiated by a grant from the Lumina Foundation, physics departments throughout the state of Utah have determined a set of learning outcomes to which we all aspire. While we recognize that each institution has its own talents and methods for achieving these outcomes, we have agreed that a physics degree includes these outcomes at its core. Details can be found in the links below.

If you are considering USU Physics for an undergraduate or graduate degree, and you would like to visit us to explore what your student career at Utah State Unviersity might be like, please contact us.  We will arrange a tour of our facilities, interviews with faculty members, and time to talk with our current students about their experiences in the department.

The Department of Physics is located in the SER (Science Engineering Research) Building, which houses our faculty, research laboratories, and instructional laboratories. The SER building also houses the Center for Atmospheric and Space Sciences (CASS), Computer Services, as well as instructional, computer, and research laboratories. SER is connected to the Dean F. Peterson Engineering Laboratory Building and is adjacent to the Merrill-Cazier Library.