The ground snow load values (in pounds per square foot and kilopascals) represent 50-year ground snow load estimates for a particular site at the interpolated elevation from the given latitude and longitude. The statistical basis for these values are consistent with the requirements of ASCE7, with a 2% probability of exceedance. The grid used in the map is 3350 ft by 3350 ft. Elevations for these grid cells were obtained by aggregating data from 100ft by 100ft digital elevation models as obtained from the National Map (https://nationalmap.gov/elevation.html). These predictions are calculated using an adaptation of PRISM, which is a weighted linear regression model that uses elevation to calculate ground snow load at a local level. Details regarding the input dataset and model development can be found in “Predicting Utah Ground Snow Loads with PRISM” as published in the Journal of Structural Engineering, the final report and presentation to the SEAU. Validation of the dataset, statistical analysis, and spatial mapping were externally reviewed by MetStat, Inc.

The “Get Ground Snow Load” button is then pressed for the snow load values. A report title may be entered and a report printed for your records.

Predictions given by the statistical basis for determining ground snow loads are bounded by an upper and lower limit. The lower limit is 21 psf to meet ASCE 7 minimum guidelines. The upper limit, however, is not as easily determined. Since values are extrapolated rather than interpolated, the estimated values for snow loads at elevations significantly higher than nearby stations sometimes lead to unreasonably high snow load estimates. To mitigate this "peak effect", the predictions in the map are not allowed to extend beyond the highest 50-year station ground snow load, which is approximately 429 psf. The regions where the map is “capped” by the upper limit of 429 psf maximum prediction are indicated in black on the map overlay. In other locations, elevations over 9,000 ft are also considered less accurate due to the limited number of stations at these elevations, and sometimes produce overly-conservative values. Locations where the results are considered less accurate and/or the load has been capped by the upper limit will include a warning note on the report.

While great efforts have been made to ensure these predictions are as accurate as possible, designers must use expert judgement to ensure that such predictions are appropriate for their particular project. The SEAU and the authors cannot accept responsibility for prediction errors or any consequences resulting therefrom. 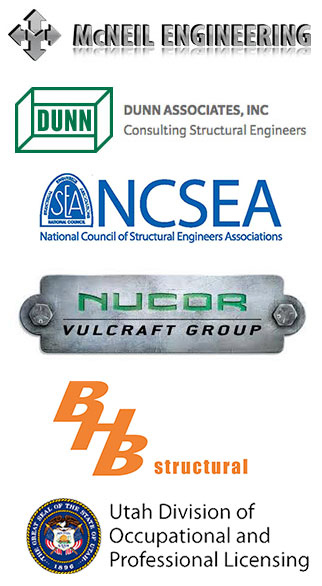 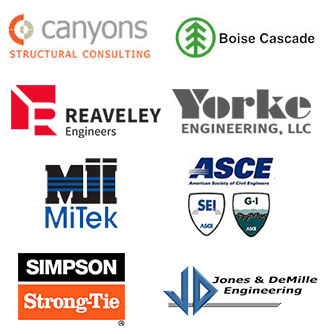 We appreciate the contributions of our sponsors, those listed above and our Silver level and confidential sponsors, without whose support this would not have been possible.