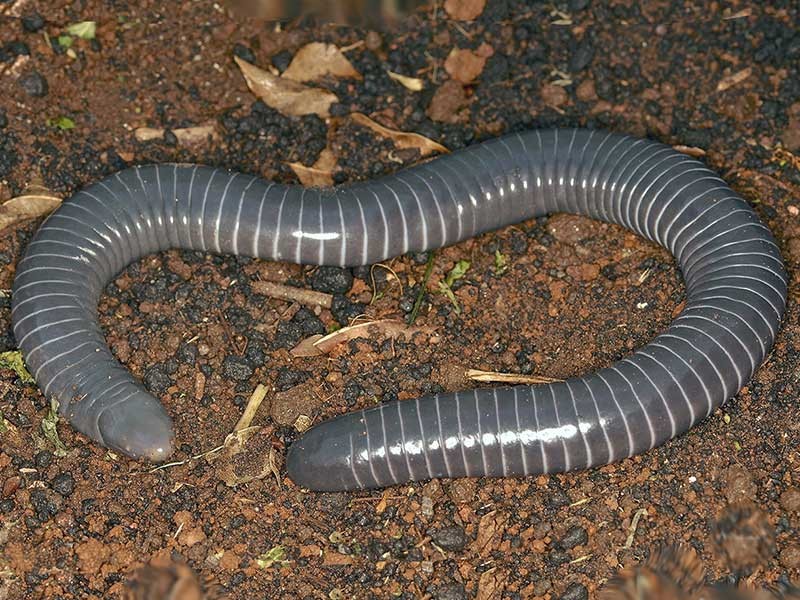 Caecilians are serpent-like creatures, but they’re not snakes or giant worms. The limbless amphibians, related to frogs and salamanders, favor tropical climates of Africa, Asia and the Americas. Most live in burrows of their own making; some are aquatic.

With colleagues from Brazil, Utah State University ecologist Edmund “Butch” Brodie, Jr. reports caecilians feature greatly enlarged poison glands at each end of their bodies, which appear to have evolved from different selective pressures – the ability to tunnel into the ground and to defend oneself from predators.

The team’s research, supported by the Brazilian National Council for Scientific and Technological Development, focuses on Siphonops annulatus, a caecilian species found throughout Brazil.

“My Brazilian colleagues noticed the burrows made by this species were lined with a shiny, slick substance,” says Brodie, professor in USU’s Department of Biology and the USU Ecology Center. “We didn’t think it was a secretion from the poison glands, so we decided to investigate.”

The Brazilian caecilian, grayish in color and measuring about 18 inches in length, is a surprisingly rapid burrower, he says.

“When caecilians burrow, they force their snouts into the ground and essentially dive into the soil,” Brodie says.

As suspected, the team discovered all the skin glands in the serpentine creatures’ head region were greatly enlarged, tightly packed mucous glands – not poison ones. The slippery lubrication enables the caecilians’ rapid, subterranean escape from predators, especially coral snakes.

“We know of no other amphibian with this high concentration of mucous glands,” Brodie says. “In other terrestrial amphibians, mucous is mainly related to the uptake of oxygen. Here, in caecilians, it’s obviously used in locomotion.”

Examination of the caecilians revealed further information. The mucous glands extend throughout the amphibians’ body, in gradually reduced concentration, and give way to poison glands concentrated in the tail.

“The poison glands, resulting from a different selective pressure, provide another defense from predators,” Brodie says. “In addition to chemical defense, the tail acts as a ‘plug,’ blocking the tunnel and further deterring predators.”

The eccentric amphibian, Brodie and colleagues write, is “really a box of surprises.” 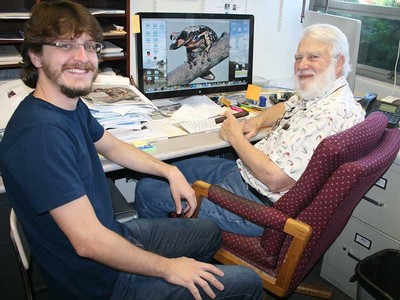 USU biologist Butch Brodie, Jr., right, and Pedro Luiz Mailho-Fontana of Brazil's Butantan Institute, are among authors of new findings published about the evolution of the amphibian Caecilian in the Feb. 23, 2018, issue of 'Scientific Reports.’ 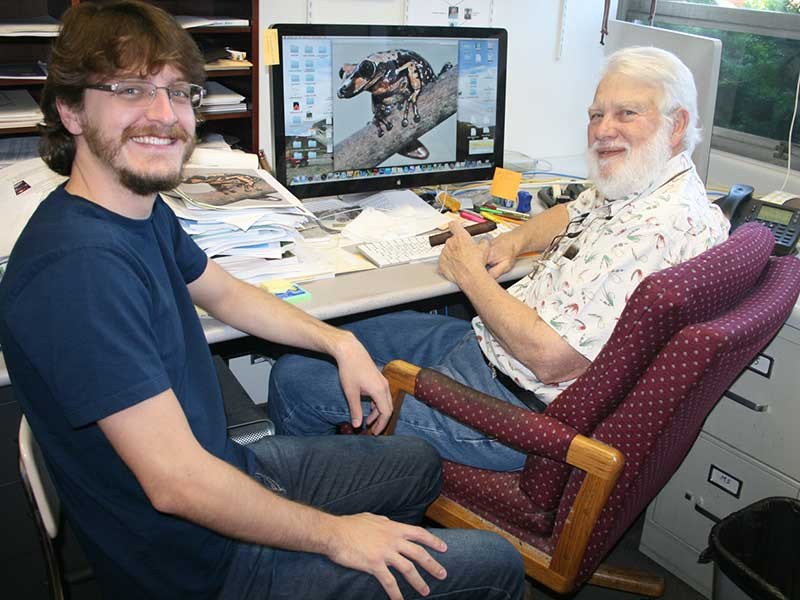