“Utah State University’s mission to be one of the nation's premier student-centered land-grant and space-grant universities remains as vital as ever. I am truly inspired by the generosity of our many donors and their belief in our institution as an intellectual and technological leader. The Aggie family has proven once again that USU has been and will continue to be a unique institution in the way that it serves the public through learning, discovery, and engagement.”
– Noelle E. Cockett, President, Utah State University

“I give because Aggies help fellow Aggies.” – FY21 Donor

Support From Every State 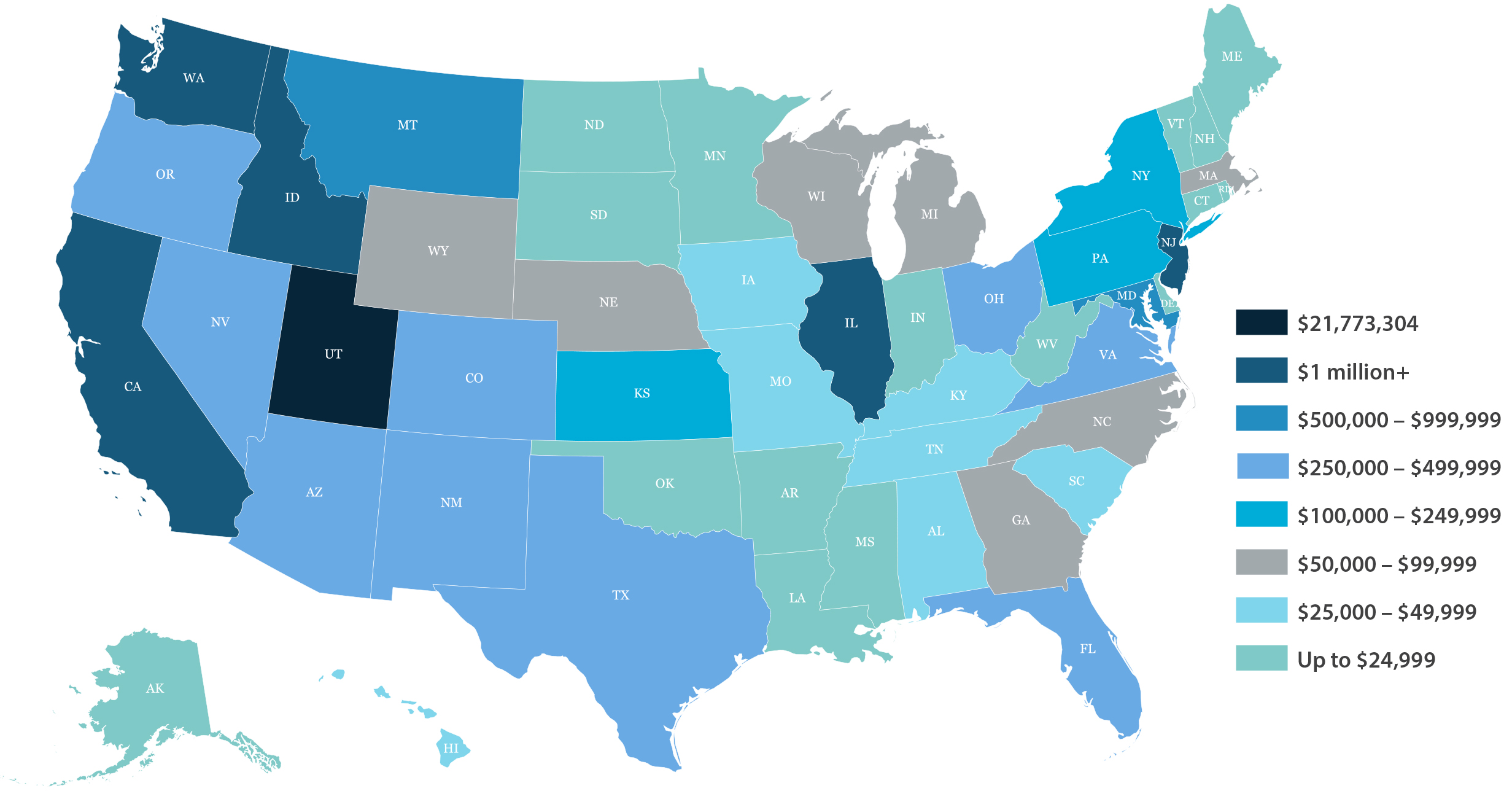 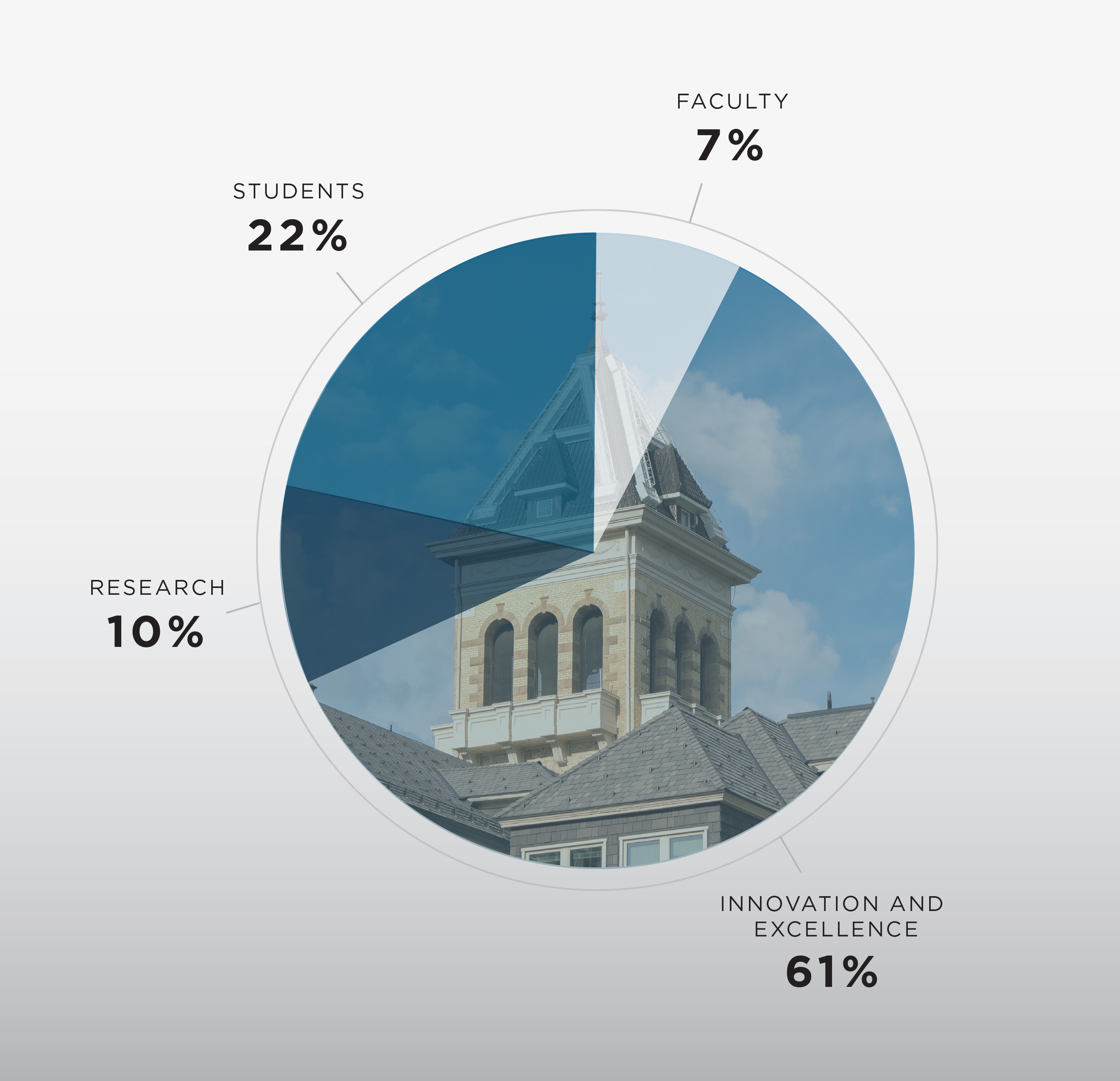 “Bob and I peppered USU with gifts in lots of different areas. You don’t have to be a millionaire to do some good. We each started by giving a dollar per paycheck, increased that amount, and let little bits accumulate.”
— Kathy Bayn, USU retired staff member, alumnus wife, and alumni mother

Read more about how Bob and Kathy Bayn made a big difference one gift at a time.

Below are just a few highlights from some of the many areas our amazing Aggies supported this year.

“I have personally been on the receiving end of the Emergency Hardship Fund, so now that I am in a better financial position, I felt it was only right for me to give back to the fund that helped me be able to stay in school and continue my educational journey.” – FY21 Donor

“This donation, although physically gone and put to its purpose, will forever remain with me. When people speak of COVID-19 in the future, I will not think of the hardships that I faced, nor will I think of the surrounding elements that are taking their toll on society. I will think of the person that, although they didn’t have to, decided to act and help. I will remember the person who does not know me and decided to help me regardless. I will remember you, and I truly hope to be given the chance to thank you personally someday.” – Colton, Student

“Students, hang in there and don't give up even though times are tough! You can do it!” – FY21 Donor

The Aggie Family Endowed Scholarship Program is a matching gift initiative that allows the impact of a gift to grow through the generosity of others. A $30,000 donation is matched dollar-for-dollar with an originating donor’s $25,000 to create an endowed scholarship. The additional $5,000 includes $1,000 a year for five years for immediate student impact. The scholarship becomes endowed (self-sustaining) after five years, and it is awarded each year from the investment income earned. This program enables motivated students to attend the university, regardless of their financial circumstances. Since the program began in 2018, $3.4 million has been raised and 61 Aggie Family Endowed Scholarships have been created.

Incredibly, USU garnered enough gifts from additional generous Aggie Family donors to have every dollar matched within one day of the matching gift announcement!

Inspired by news of the initial Aggie Family match, John Lewis Needham ’97, an active Aggie alumnus, established the Cleo Christensen Smith Aggie Family Scholarship in 2018. The endowment was named in honor of John’s grandmother, commemorating Cleo’s 100th birthday and celebrating her career as a pioneering educator in Cache Valley.

“Within hours of receiving word from Utah State about this matching gift initiative, I rallied my cousins to join in, and persuaded them to help me create the Cleo Christensen Smith Aggie Family Scholarship in our grandmother’s name. We couldn’t have done it without the generosity of the donor we matched.”