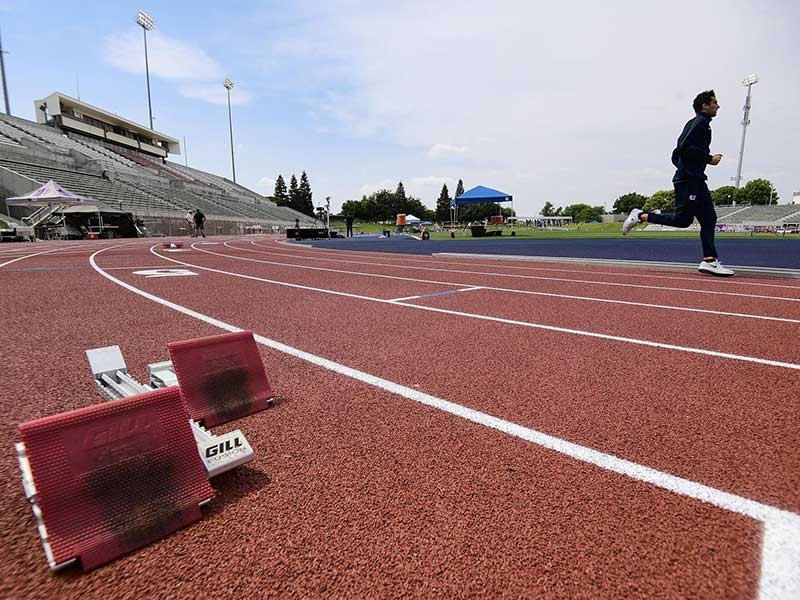 All-conference selections were awarded to the top-three finishers in each event of the 2019 MW Outdoor Championships, which were held May 8-11, at Veterans Memorial Stadium in Clovis, Calif.

Utah State senior Brenn Flint earned two all-conference honors as she defended her shot put title with a season-best throw of 16.55 meters (54-3.75), and earned bronze in the discus, recording a personal-best throw of 53.47 meters (175-05), which ranks second all-time in outdoor program history. Flint has now earned nine indoor and outdoor all-conference accolades in her career.

Junior Kyle Brost recorded all-conference honors in the triple jump as he earned gold with a school-record mark of 15.47 meters (50-9.25) on his first and only attempt of the day.

Sophomore Tyler Lloyd placed second in the 400-meter hurdles with a time of 52.74, and fellow sophomore Stokton Smith took third in the 3,000-meter steeplechase, clocking in at 8:54.99.

On the women's side, senior Cierra Simmons-Mecham finished second in the 3,000-meter steeplechase with a time of 9:56.58, and fellow senior distance runner Alyssa Snyder placed third in the 10,000-meter run with a time of 34:52.58

In the field, freshmen Jenny Bitner and Audrey Garrett both earned all-MW accolades. Bitner placed second in the javelin with a mark of 42.69 meters (140-01), while Garrett captured third in the high jump with a leap of 1.71 meters (5-7.25).

Utah State's outdoor track & field teams will continue their season next week as qualifying student-athletes will compete in the first round of the NCAA Outdoor Championships, May 23-25, at Hornet Stadium in Sacramento, Calif. The Aggies sent a school-record 22 student-athletes to last year's NCAA West Prelims.

The NCAA Outdoor Finals will be held June 5-8 at Mike A. Myers Stadium in Austin, Texas.