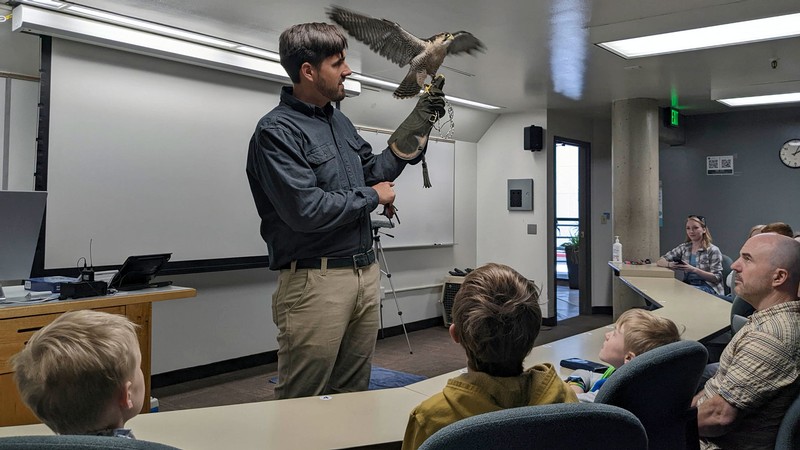 Bird trainer Nick Harris gave students and members of the community an in-person look at captive raptors in a recent wildlife presentation sponsored by the Berryman Institute. 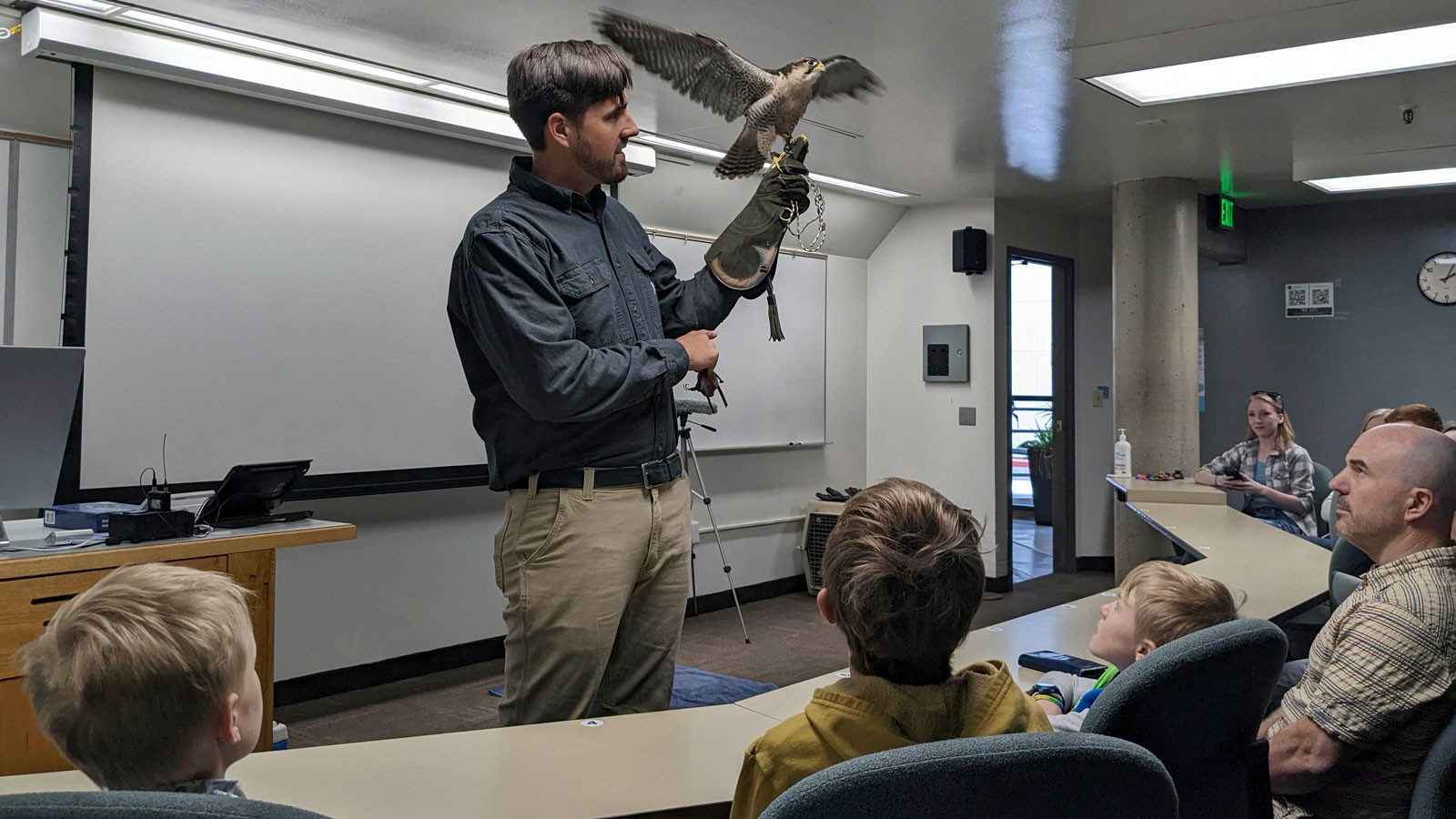 From his perch astride the leather-gloved arm of his trainer, a fluffed Eurasian eagle owl scoured the perimeter of the dim classroom, wide, orange eyes scanning for the jittering lump of quail flesh being offered on the opposite perimeter.

The owl swiveled his head, disregarding a sea of student faces and cell-phone cameras trained on him with anticipation. Then he spotted the food and launched, aiming low enough to miss the fluorescent light fixtures but high enough to avoid strafing the heads of the crowd, mostly.

While the owl enjoyed his well-earned snack, trainer Nick Harris asked the group if they’d noticed that the flight had been almost completely silent — an adaptation, he said, that owls acquired to let them drop in on prey from directly above without alerting them to their presence.

Harris was visiting at the invitation of Jessica Tegt, engagement and outreach coordinator for the Berryman Institute in the Quinney College of Natural Resources. Harris is a bird trainer and owner of Long Wing Inc., a group that cooperated for decades with the avian showcase at Hogle Zoo. The classroom event was designed to give QCNR students the chance to learn about the impact of human-raptor interaction and to see several of these impressive birds up close. Harris brought along three animals, each illustrating different ways birds of prey move through their environments.

“These guys are incredible hunters,” he said, indicating the trim African Lanner falcon now perched on his arm. “They fly at their prey from behind, or come up from underneath, grab them with sharp talons and quickly disable them with the strong tomial tooth on their beak,” he said … and then chuckled as the falcon fluffed feathers and burbled comfortably, looking anything but fierce for the crowd of students, faculty and members of the community.

The Berryman Institute sponsored the program to promote dialogue concerning human-wildlife interactions and to educate people about the important role these animals play in the health of our ecosystems. The group’s mission is to provide a forum to inform public perceptions of conflicts, responsibility and science-based management options.

Harris’ last guest was an impressively tall 36-year-old American bald eagle named Liberty. The bird had been sitting, hooded, on a perch in a corner of the classroom with seemingly infinite patience — which turned out to be a nap — and Harris spent a few moments nudging him awake before facing the audience. As a juvenile, Liberty was injured during an encounter with electrical lines in his home territory of Montana. His left wing hadn’t ever healed enough to let him fly again, so he continues to make a comfortable long-term home at the avian rescue.

Bald eagle conservation in the United States is a success story, Harris said. From a dangerously low population, the species has made impressive gains through captive-breeding programs, reintroduction efforts, vigorous law enforcement and habitat protection over the past decades. For other raptors, there is still a long way to go, he said.

“People care for things they value, and these kinds of encounters with animals can really cement the importance of species for people,” Tegt said. “For humans and wildlife to co-exist in a world where human population growth is increasingly encroaching, we have to build a cohort of people who actively care and are willing to engage in active conservation efforts. This kind of event is exactly how that begins to happen.” 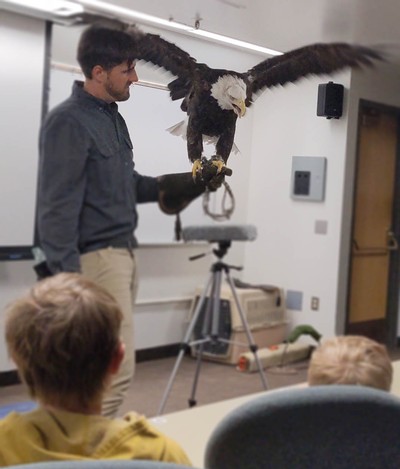 Nick Harris, owner of Long Wing Inc., gave students the chance to learn about the impact of human-raptor interaction and see several of these impressive birds up close. The event was designed to provide a forum to inform public perceptions of wildlife conflicts, responsibility, and science-based management options. 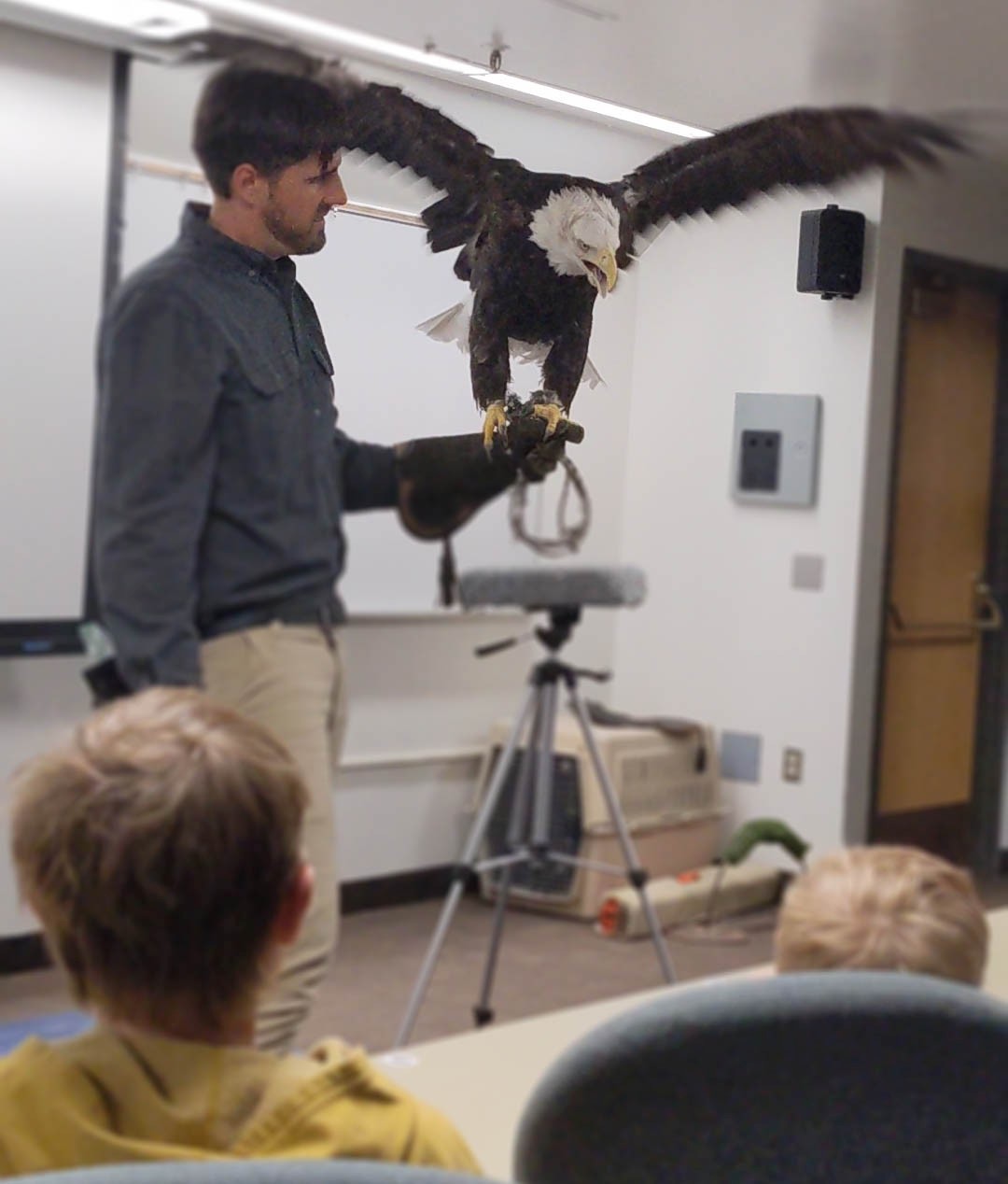 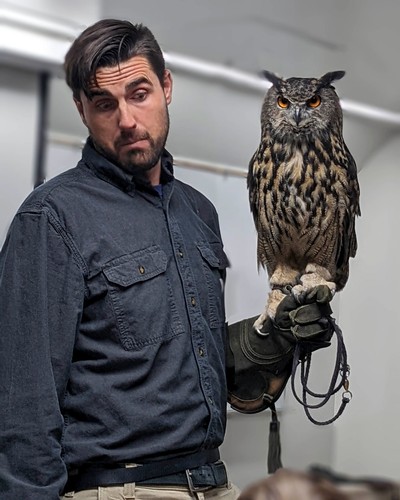 An owl perches on Nick Harris's gloved hand during a demonstration at Utah State University. 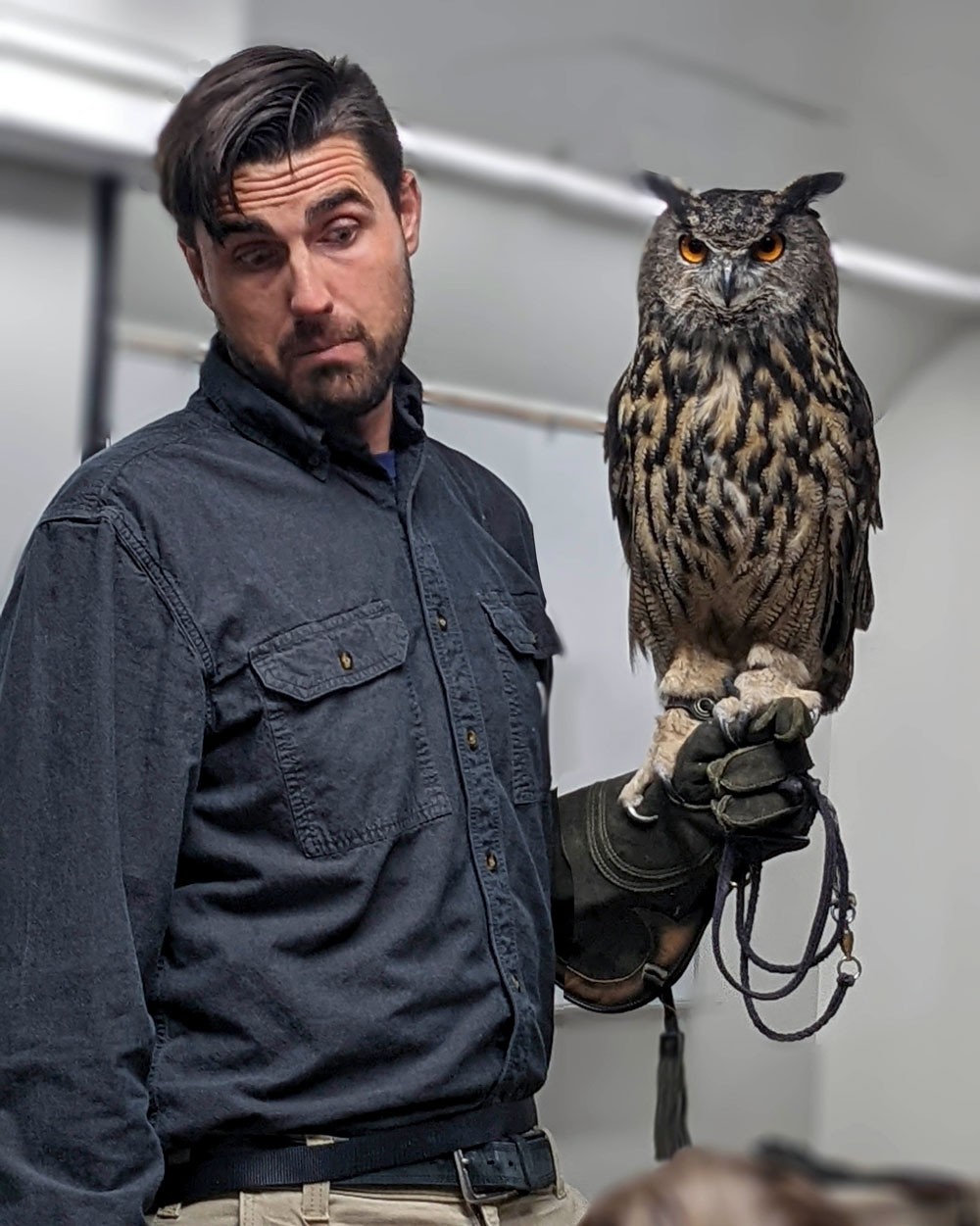 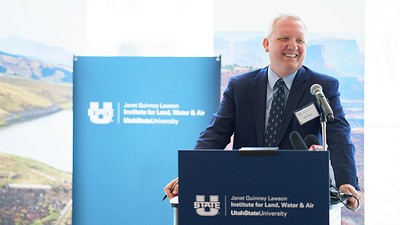 Using the eyes and ears of public volunteers can stretch the reach of science, according to a new analysis from Erica Stuber from the Department of Wildland Resources and the Ecology Center.