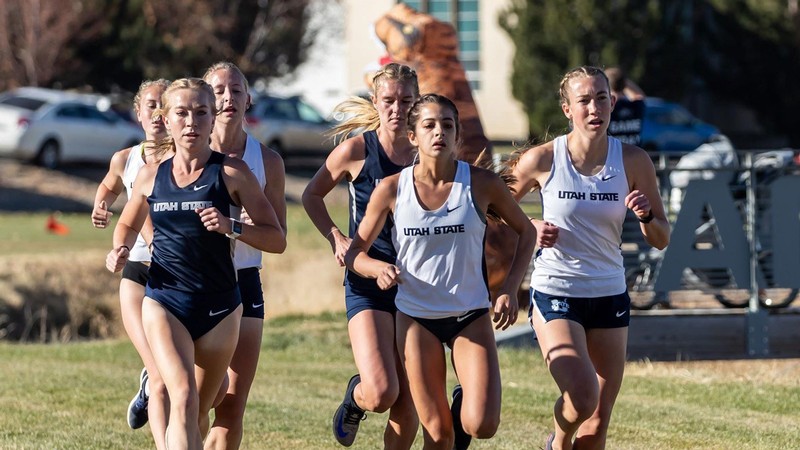 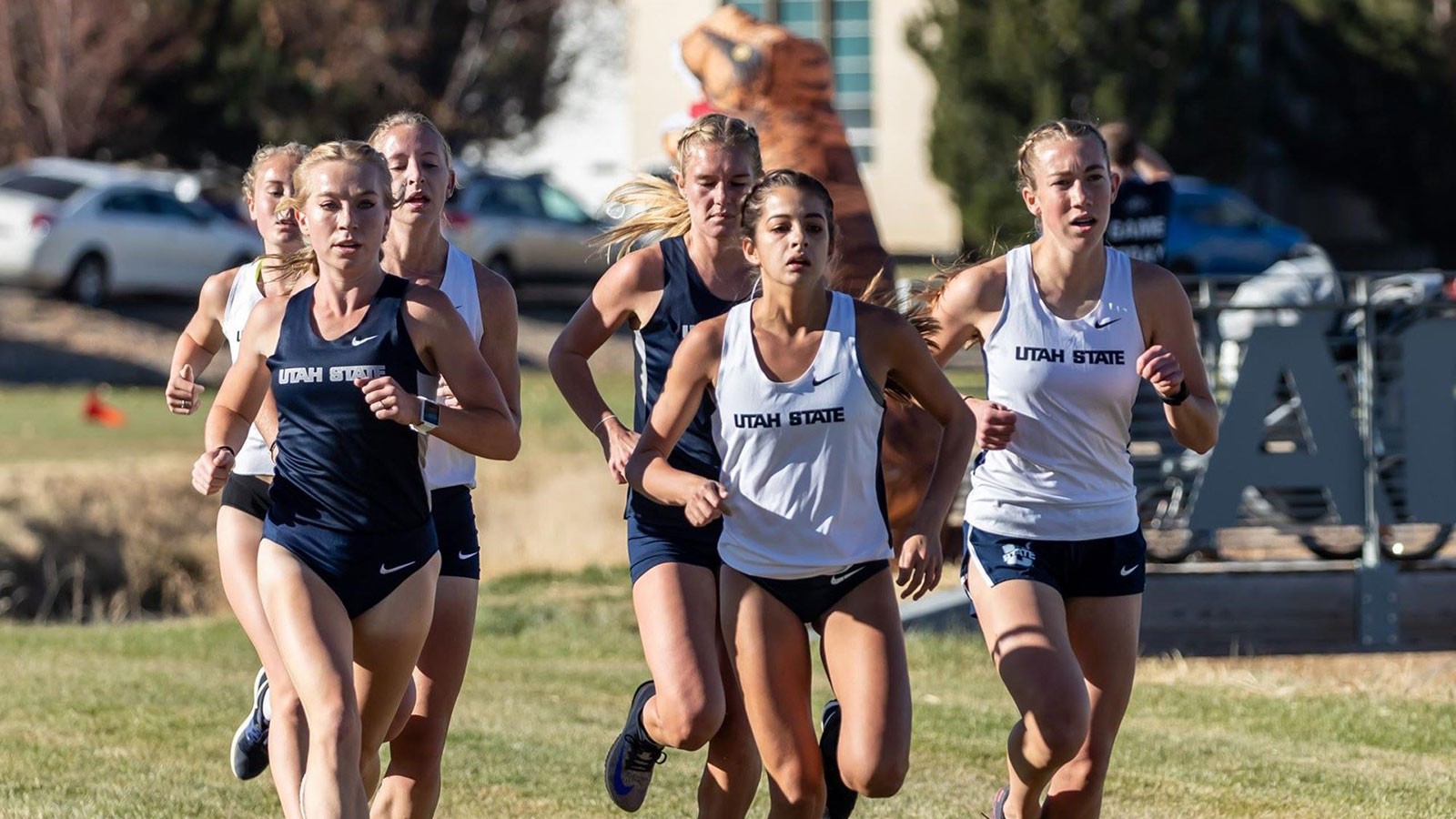 Four of Utah State's fall sports competed in a Blue-White Challenge over the Halloween weekend, bringing unity and friendly competition to those teams that had their seasons postponed until 2021 due to the COVID-19 pandemic.

The overall outcome between the four sports was a 2-2 tie between the Blue and White squads, proving that both colors were equally as strong during the two days of competition.

On the soccer pitch, Utah State divided into a pair of six-man teams and scrimmaged on a short field. The teams played three, 12-minute periods, with the Blue side taking the first period 4-3 behind goals from freshman Kenli Coon, senior Imelda Williams and sophomore Christiane Sundstrom. The teams then battled to a 2-2 draw in the second period before White erupted for four goals in the final period with senior Ashley Cardozo, junior Taylor Garza-Freeman and junior Marli Niederhauser finding the back of the net. White also held Blue scoreless over the final 12 minutes, resulting in a deadlock between the two squads.

Following the soccer scrimmage, attention was turned to the Wayne Estes Center as the Aggie volleyball team split into two for its intrasquad scrimmage. Team Blue took the win, sweeping Team White (25-19, 25-21, 25-21), including two come-from-behind wins. Junior middle blocker Corinne Larsen led both teams with 13 kills, while four other players recorded eight each. Freshman libero Abby Peterson made a strong showing in her first full scrimmage, tallying a match-high five service aces and 15 digs. She was one of five Aggies to record double-digit digs.

The men's and women's cross country teams wrapped up the challenge on Halloween morning as the men ran a 7K race, while the women competed in a 5K race.Despite having the top overall finisher in the men's race – sophomore Camren Todd placed first overall with a time of 20:57.39 – the White team (29 points) came up short against the Blue team (27 points).

On the women's side, the White team (23 points) defeated the Blue team (32 points). Leading the way for the White was freshman Mattie Geddes as she crossed the finish line first with a time of 17:32.48. Fellow Team White member, junior Mica Rivera, placed second with a time of 17:33.15.

Team White claimed the fifth and sixth spots in sophomore Bailey Brinkerhoff (17:46.18) and freshman Morgan French (17:53.77). Sophomore KaryLee Taylor rounded out the scoring for the White as she finished ninth with a time of 18:35.56.

Based on White's large margin of victory in the women's race, the White team captured the overall title with 52 points, while the Blue finished with 59 points.Fans can follow the Utah State athletic program at twitter.com/USUAthletics or on Facebook at Utah State University Athletics.

Aggies return to the poll after climbing as high as No. 15 a season ago. 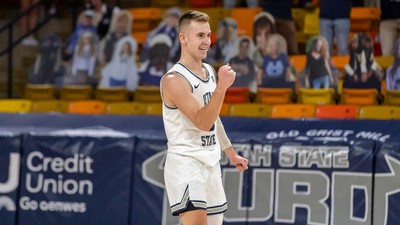 Chuckie Keeton, one of the most recognizable names in Aggie football history, is returning to his alma mater as Utah State's running backs coach, it was announced January 4, by Aggie head football coach Blake Anderson.