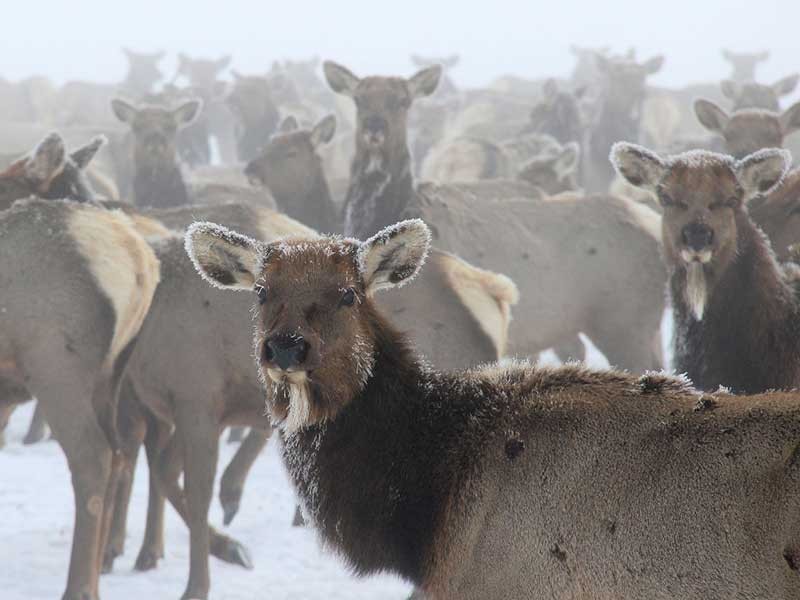 For decades researchers have known that a bacterial disease in elk, bison and cattle in the Greater Yellowstone Ecosystem causes periodic abortions in these animals and chronic illness in humans drinking infected cow’s milk. The disease, called brucellosis, poses a financial concern for dairy producers and cattle ranchers, but its effects on the wild elk population have generally been considered minor.

In recent years, however, elk pregnancy rates have become the subject of controversy. Various researchers claim that stress caused by fear of wolves and nutritional deficiencies caused by drought can explain low pregnancy rates in specific elk herds, but until now the effects of brucellosis on elk pregnancy have not been scrutinized.

Utah State University researchers Gavin Cotterill and Johan du Toit report that by mid-winter, elk that test positive for brucellosis are less likely to be pregnant than healthy elk, independent from the abortions caused by that disease later in the year. Cotterill and du Toit, along with colleagues from the Wyoming Game and Fish Department, U.S. Geological Survey Northern Rocky Mountain Science Center and University of California Berkeley, discuss their findings in Ecology and Evolution, published October 28.

“Mid-winter elk pregnancy rates are often seen as an indicator of an elk herd’s health and viability,” says Cotterill, a doctoral candidate at USU and lead author of the paper. “If we’re interested in figuring out the effect that predators or climate are having on elk we need to also account for disease.”

“We found that the disease causes a substantial decline in the probability of pregnancy among young adult elk and the effect is weaker in older animals, but it’s still unclear what the mechanism is that’s causing this to happen,” said du Toit.

The results are not a cause for alarm but are a signal that this disease, which came to the area in infected cattle, has previously hidden consequences for the wild elk population. Quantifying this effect is important, particularly as brucellosis is spreading through the elk population, so that the effects of other factors influencing elk reproduction may be estimated more accurately.

“Elk numbers in most of the region are high, and we don’t expect that to change because of brucellosis,” said Cotterill. “It’s one more factor that researchers and managers need to keep in mind moving forward.”

Identifying which landscapes are preferred by outdoor recreationists has gotten easier with digital help, according to a recent published study 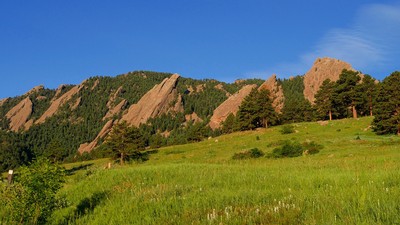