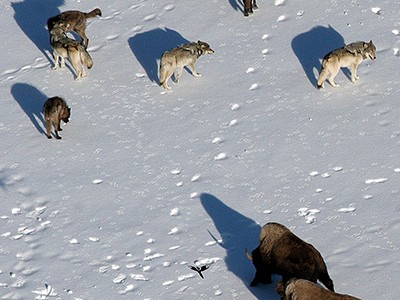 Ecologists have long observed predators pursue disproportionately more of a plentiful prey species, and less of scarce prey, but change to the latter if it becomes relatively more abundant. Known as “prey switching,” this phenomenon is ecologically important, because it helps to stabilize wildlife populations. But what if the more abundant prey is more dangerous?

Utah State University researchers Aimee Tallian and Dan MacNulty report Yellowstone wolves seldom hunt bison, though plentiful, and, instead, pursue elk, a scarcer, yet safer target. Tallian and MacNulty, along with colleagues from the Yellowstone Center for Resources, the University of Montana and Oregon State University, discuss findings gleaned from long-term data collected from northern Yellowstone National Park in the April 11, 2017, issue of Functional Ecology.

“Prey switching has been observed in natural systems, where prey are small and generally helpless when attacked by a predator,” says Tallian, who completed a doctoral degree at USU in 2017 and is lead author of the paper. “Imagine, for example, a lynx preying on snowshoe hares and squirrels.”

But the playing field becomes decidedly unlevel for wolves in their pursuit of much larger bison. An adult male bull, after all, typically weighs nearly a ton.

“Our data reveal wolves maintained a strong preference against bison, even when bison were twice as abundant as elk,” says MacNulty, associate professor in USU’s Department of Wildland Resources and the USU Ecology Center.

“Hunting is hazardous business for wolves,” says MacNulty, who’s witnessed wolves kicked, gored and stomped to death by bison and other large prey. “Wolves minimize the risk of injury by focusing on more vulnerable prey, which are generally rare.”

For this reason, he says, risk-averse wolves spend a lot of time on the move searching for the safest target. Any injury that slows them down may eventually kill them.

“Wolves seldom hunted bison because their hunting success was limited to a narrow set of conditions, including larger wolf packs chasing smaller bison herds with vulnerable calves,” she says. “Instead, wolves tended to scavenge bison carrion and did so more frequently as bison abundance increased.”

“The ability of wolves and other predators to shift between hunting and scavenging is an under-appreciated behavior that may play an important role in the dynamics of ecological communities with dangerous prey,” she says. 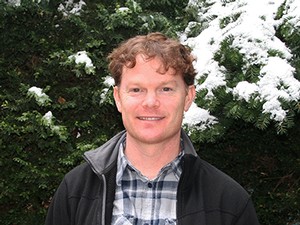 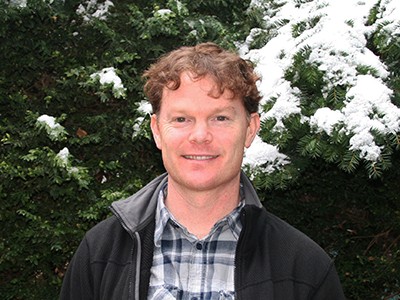