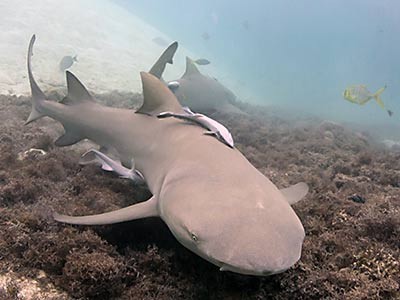 Media reports of shark attacks on humans quickly garner top headlines, spark widespread fear and propel efforts to curb the fearsome carnivores’ numbers. Other marine predators, such as crabs, lobsters and large fish are popular cuisine for humans and vulnerable to over-fishing. Still other predators, such as seals and sea lions, are threatened by loss of habitat and viewed by some fishermen as unwelcome competitors.

Yet Utah State University scientist Trisha Atwood says these animals, especially those at the very top of the food chain, deserve greater credit for their role in maintaining healthy marine and coastal ecosystems and a sustainable planet.

“Sharks and other apex marine predators continue to be harvested unsustainably throughout the world,” says Atwood, assistant professor in USU’s Department of Watershed Sciences and the USU Ecology Center. “We’re learning the loss of these animals could have far-reaching consequences on carbon cycling and, by implication, our ability to counter climate change impacts.”

Atwood, lead author on the paper, says the world’s vegetated coastal habitats, including salt marsh, seagrass and mangroves, capture a disproportionately large amount of carbon — known as “blue carbon” — for their size.

“Biosequestration in these habitats is emerging as one of the most effective methods for long-term carbon storage, yet is not yet well understood,” she says. “There is growing evidence that trophic downgrading, which is the disproportionate loss of species high in the food chain, can have far-reaching negative effects on the ability of these ecosystems to sequester and store carbon.”

Atwood says coastal ecosystems store some 25 billion metric tons of carbon, making up about 50 percent of the world’s carbon sequestration in the ocean. Because the ocean is our greatest carbon sink, she says, large reductions in the amount of carbon it sequesters will have dramatic effects on climate change.

“If the carbon in vegetated coastal habitats were released as carbon dioxide, it would amount to an astounding 91 billion metric tons of carbon dioxide,” she says. “The result would be catastrophic, speeding up and worsening climate change impacts, such as rising sea levels and warming air and water temperatures.”

Atwood says marine predators help protect carbon stored in coastal ecosystems by keeping populations of herbivores and bioturbators — organisms that disturb soils — in check. If these predators are lost, she says, plant-eater and bioturbator populations can explode, causing large-scale damage and loss of carbon stored in marine vegetation and soils.

“Intact predator populations are critical to maintaining and growing blue carbon stocks,” Atwood says. “Our study reveals the urgent need for further research, along with policies and management that conserve these animals. Marine predators may be the gatekeepers for the preservation of our planet’s current climate.” 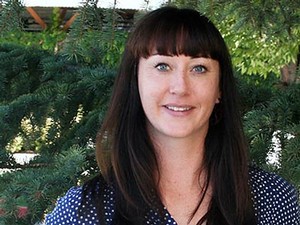 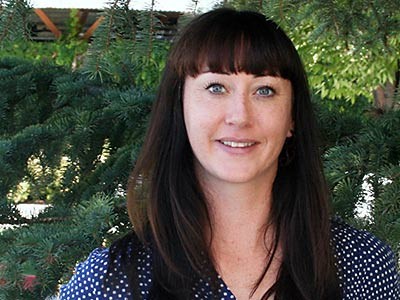