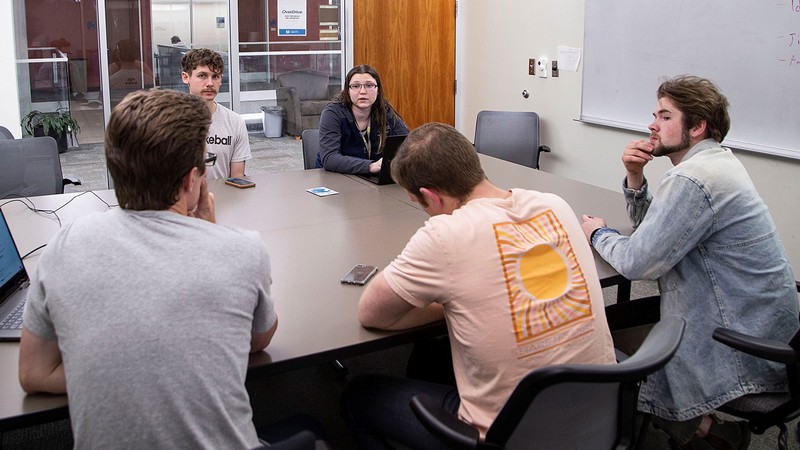 Mykell Johnson, top right corner, and Canyon Bryson, bottom left corner, meet with their team of app ambassadors as part of their effort to build the user base for the new event app they are creating. Johnson, Bryson, and Kollin Murphy have been working for nearly a year to launch BluJay Events as a way to help students find things to do on campus and in the surrounding community. 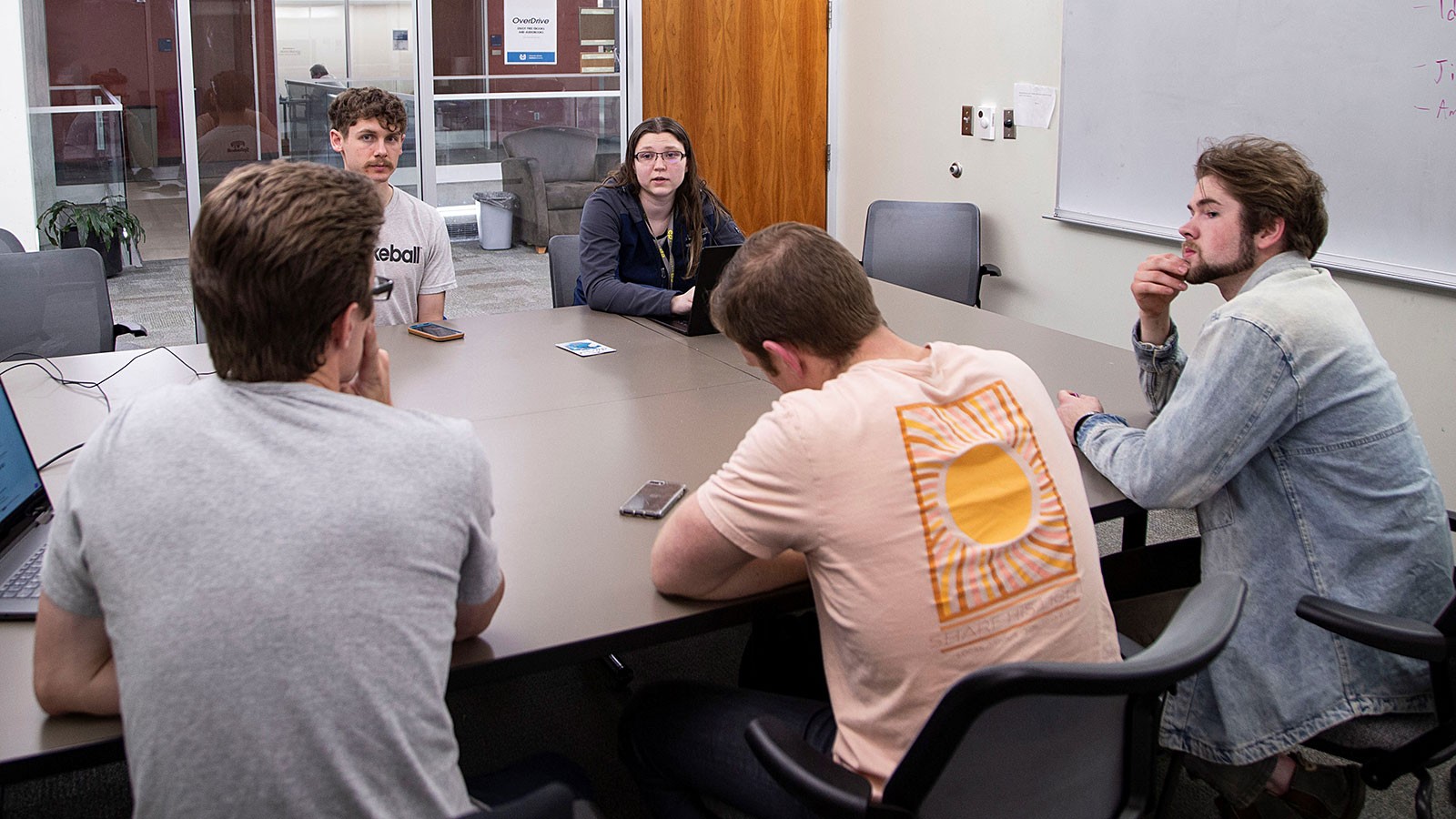 A Utah State University engineering student is part of a team creating an event calendar app aimed at USU students.

Mykell Johnson, a master’s student in mechanical engineering, partnered with Canyon Bryson and Kollin Murphy, both computer science students, to create the BluJay Events app. The purpose of the app is to gather events happening throughout Cache Valley into one place to make it easier for Utah State students to discover new things to do.

“I feel like right now if you want to know what’s going on, you have to go check seven different resources to see if there’s something you want to do this weekend,” Johnson said.

Johnson began considering the idea for an app like this when she was taking an entrepreneurship class a few years ago. She later connected with Bryson and Murphy, and the group began developing the app last May. Johnson is taking care of the business side of the app while Murphy and Bryson took the lead on coding it.

The app’s event calendar is created from submitted events. Johnson and her team have been manually entering events they know of, but event hosts can submit their events to the calendar as well. The group hopes that as the user base grows, they will be able to monetize the app as an advertisement tool for event hosts.

Johnson said she and her teammates have enjoyed the process of making their idea real. For her, one of the most exciting moments was when she downloaded the app.

“We’ve had an internal test app for maybe four to six months at this point, but downloading it from the App Store was exciting,” Johnson said.

Bryson said the experience of applying what he is learning in class has been his favorite part.

“I’ve liked the whole process of building the app and learning the stuff I need to know to build a really functional app,” he said.

The team is aware that other attempts have been made over the years to create a Logan-centric events calendar and that many of those calendars haven’t lasted. They hope to navigate that issue by being mindful of user data and being prepared to pivot as needed.

You can download the app from the Apple App Store here and the Google Play Store here.