The Old Lyric Repertory Company at Utah State University presents The Odd Couple as part of the 2013 season at the Caine Lyric Theatre in historic downtown Logan.

“Written by Neil Simon, one of the greatest comedic writers of all time, this play is a classic American comedy,” said Richie Call, director of the show and assistant professor in the Caine College of the Arts at USU.

Thanks to the popular television series, based on the successful stage play, the setup for the story of The Odd Couple is well known — When neurotic clean freak Felix Ungar is thrown out by his wife, he is forced to move in with his friend, Oscar Madison, the slob. Sparks fly as the two opposites learn to live in the same apartment.

“This show is about friendship and helping each other through the good times and the bad, with plenty of laughs along the way,” said Lego Louis, who plays Oscar Madison in the show. “With some of the best written comedy by an American playwright, the audience is sure to have a good time.”

Louis, a longtime OLRC favorite is back again this summer after appearing last year as Jim in the popular production of Big River. He was also an audience favorite in Lend Me a Tenor.

Sharing the stage with Louis is William Warren, another OLRC veteran, in the role of Felix Unger.

Opening June 13, The Odd Couple will run on selected dates through Aug. 10.

This year’s OLRC season also includes Nunsense, The Drowsy Chaperone, James and the Giant Peach and The Woman in Black. A special 100-year celebration performance will be held July 29 to commemorate the Caine Lyric Theatre’s 100-year history. A complete summer schedule is online.

For tickets or more information on the 2013 Lyric season, visit the Caine College of the Arts Box Office located in room 139-B of the Chase Fine Arts Center on USU’s Logan campus, call 435-797-8022 or see the college’s Production Services website. The box office is open Monday through Friday from 9 a.m.-5 p.m. Tickets can also be purchased at the Caine Lyric Theatre, located at 28 W. Center Street, Monday through Friday 1-4 p.m. and one hour prior to curtain on performance dates. 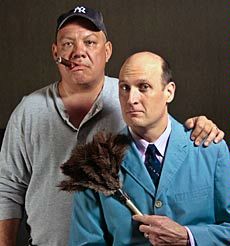 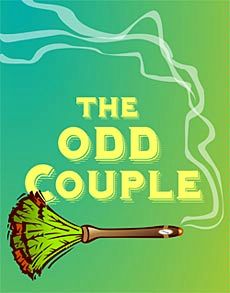