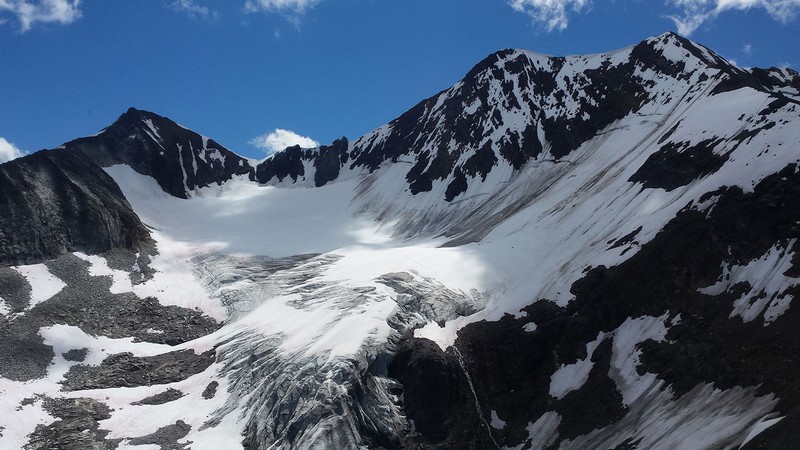 Glaciers in western Canada are disappearing at a rate nearly twice the global average, leaving major ecological disruptions in their wake. Janice Brahney and her team are investigating what that means for the ecosystems the glaciers support. Credit: Janice Brahney. 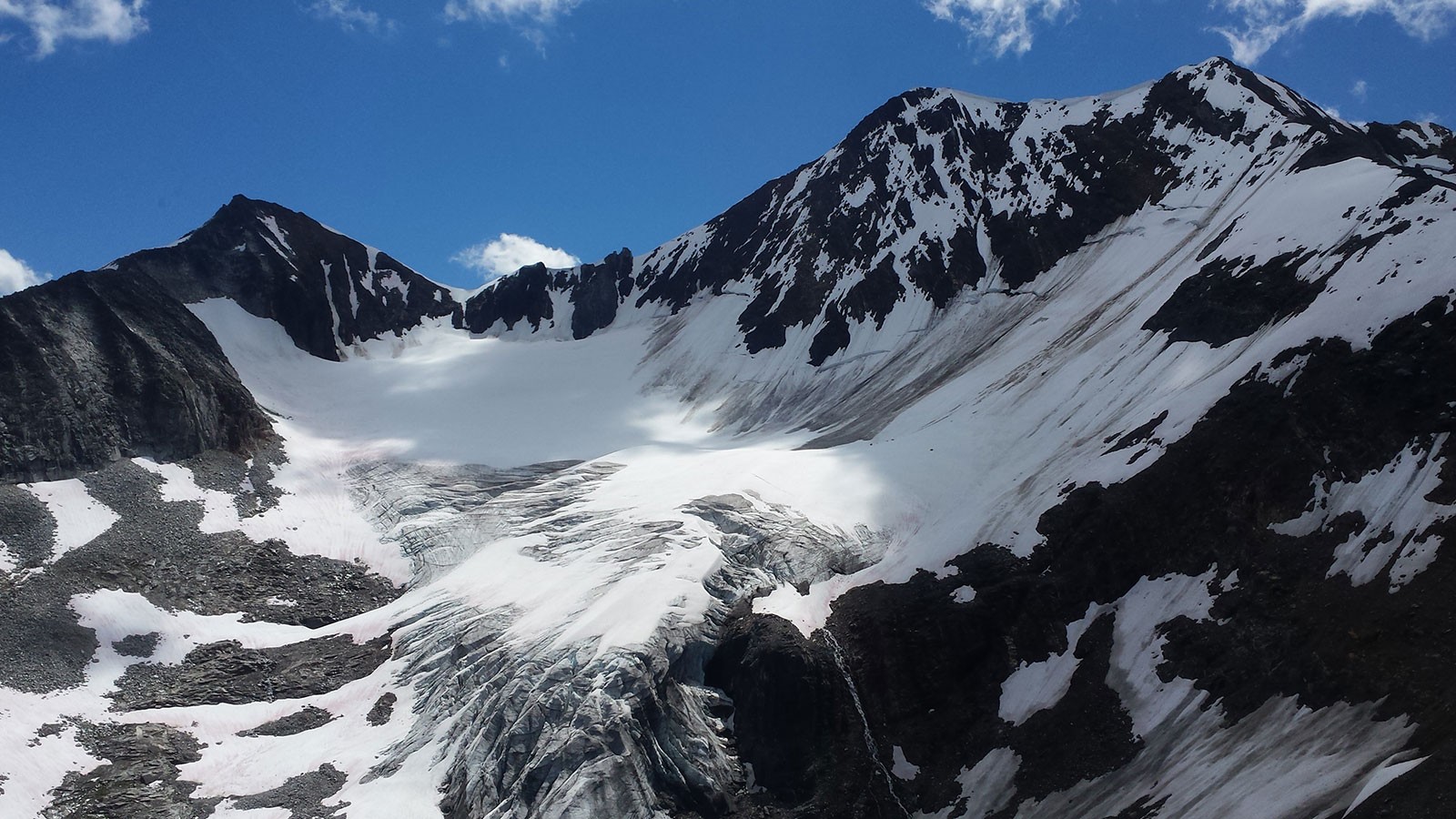 Glaciers in western Canada are headed into a slow-motion disaster—these ice fields are disappearing at a rate that’s nearly twice the global average thanks to climate change, and major ecological disruptions follow in their wake.

One unexpected consequence of the glaciers’ demise is an invasion of sorts, of algae, into high-mountain streams. Janice Brahney from Utah State University’s Department of Watershed Sciences and her colleagues found that reductions in the cold, sediment-rich glacial waters from mountain streams may be enough to trigger an onslaught of algal growth, throwing an already unbalanced system even further out of whack, in newly published research.

Glaciers in western Canada are anticipated to retreat 60 to 80 percent by the end of the century.

“This kind of decline will certainly trigger widespread changes in the ecosystems they anchor,” said Sarah Null, coauthor from the Department of Watershed Sciences.

Glaciers feed cold, mineral-rich water into mountain streams consistently over the season, and act as a buffer when other sources of natural water taper off and during years with poor snowfall. This steady source of water helps to moderate variations in the water supply and to keep the chemistry of the water balanced. That’s going to change, and researchers are working to better understand what that means for the rest of the ecosystem.

The team tracked streams and rivers across the Columbia Basin with varying connections to existing glaciers. In their sample, they worked to duplicate changing dynamics that glacial-fed streams are likely to encounter in coming decades as their foundations shift away from glacial support. The researchers compared the chemistry and ecology of snowfed streams with glacial-fed streams and noted differences in seasonal timing, plant and algae growth and the flux of nutrients in the water.

Strikingly, rivers without a source of glacier water tended to be three to five degrees warmer than their counterparts, creating conditions more hospitable to Didymosphenia geminata, an aggressive algae commonly known as ‘rock snot.’ This species of diatom produces copious and stubborn nuisance growths in freshwater rivers and streams that have warmer temperatures in the summer and fall, earlier seasonal drops in turbidity (cloudy water) and lower levels of phosphorus. The loss of glacial water caused lower turbidity and nutrient levels in the streams, and caused them to peak earlier in the year, a timing mismatch that favored the slimy invasion.

“Half the global population relies on water resources from mountain environments,” said Brahney. “Understanding how and when these ecosystem services will change is crucial for developing new management and resource use strategies.”

As glaciers disappear, scientists will have to continue to decipher what the consequences will be for the rest of the ecosystem. 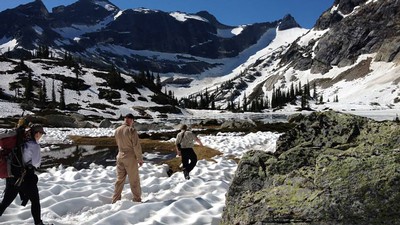 Researchers tracked streams and rivers across the Columbia Basin and found that changing ecological conditions may open the door for an a aggressive algae commonly known as 'rock snot.' Credit: Janice Brahney. 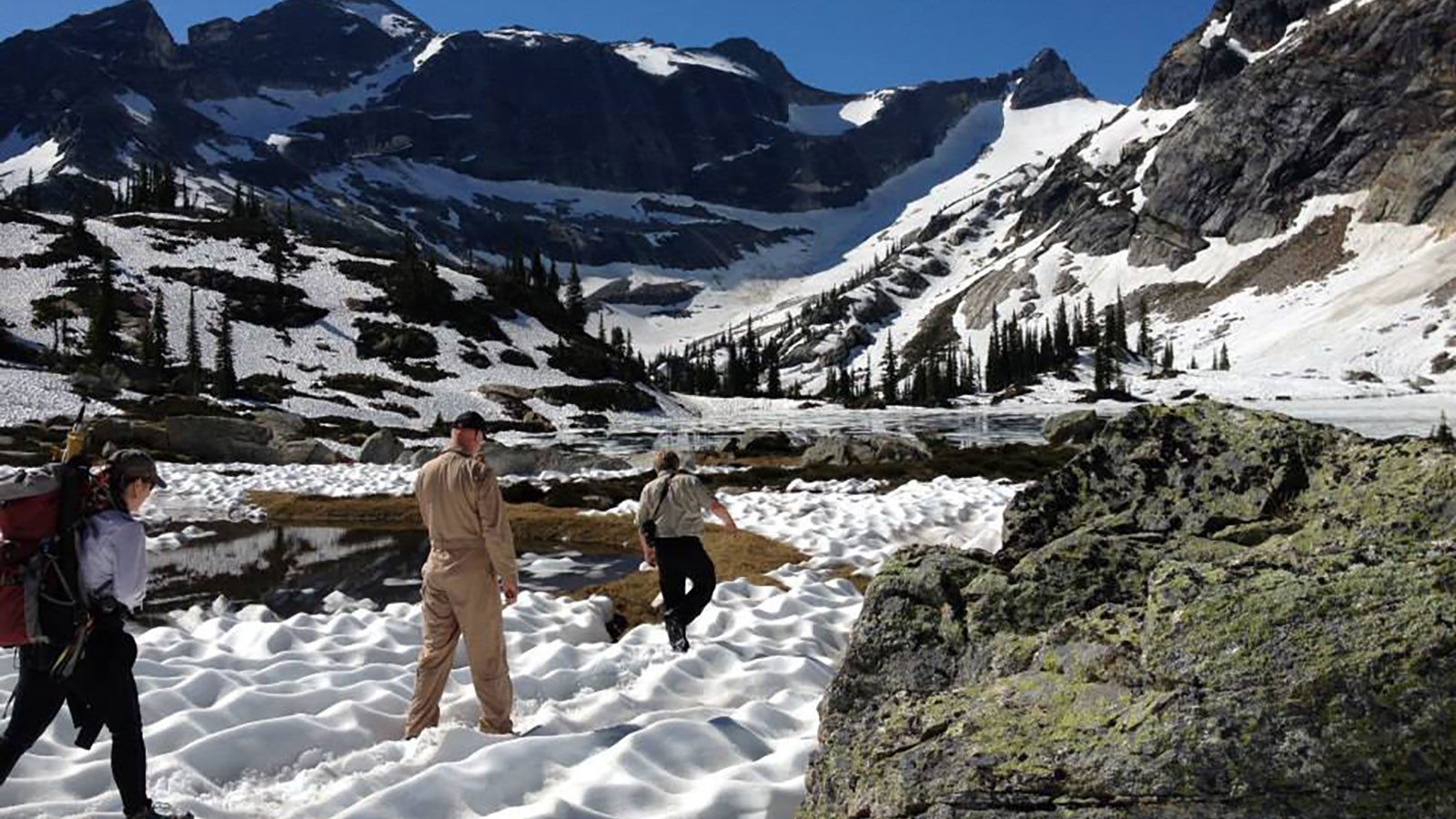