Lewis’ research focuses on the “ancient new” material of natural silks produced by spiders. In his presentation, Lewis will give an overview of his group’s work to reproduce those silks using a variety of different systems, including bacteria, goats, alfalfa and silkworms. Lewis will also discuss several new discoveries made since he came to USU in June 2011.

“We are working on ways to mass-produce innovative materials that are stronger than steel and stretchier than nylon,” Lewis said.

The innovative research has garnered press attention from around the world and commercial interest from numerous companies.

Lewis received a bachelor’s degree from CalTech and a master’s and doctorate from the University of California at San Diego. He was a postdoctoral fellow at the Roche Institute of Molecular Biology before he joined the faculty at the University of Wyoming in 1980 as professor of molecular biology. He also served as department chair for five years and as a special assistant to the vice president for research before coming to Utah State in 2011. Currently, Lewis is a USTAR professor of biology in the Synthetic Biomanufacturing Center.

Lewis’ group has published more than 130 papers in a wide variety of journals and has written 16 book chapters. It has seven issued patents and grants totaling more than $31 million. The research has also been featured widely in the press (National Geographic, Time) and on television (Discovery channel, Nova, CNN’s The Big I and CSI: NY).

USU’s Sunrise Sessions is a breakfast lecture series held quarterly and is designed to highlight timely and cutting-edge research conducted at Utah State University. The lecture is sponsored by Regence BlueCross BlueShield of Utah and is free and open to the public. 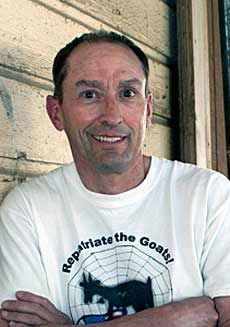