The health care problem is, in fact, multiple problems, not a single issue, according to Utah State University faculty member and researcher Roberta Q. Herzberg. Is legislation the answer, and how do we resolve the problem of the uninsured in Utah.

Herzberg is department head and associate professor of political science at USU, with a specialization in public policy, political economy and American politics. She is active in the Utah policy process and has served on several state policy committees and commissions.

“The notion that health insurance protects your health is incorrect,” Herzberg said. “It protects your wealth.”
A decided difference between the face of the uninsured and the face of the uninsurable exists, she said.
“Most of Utah’s uninsured are young and in good health,” she said. “They think insurance coverage is too expensive and there are too many other important items to spend money on.”
If a devastating health catastrophe hits members of this younger, uninsured group, the financial implications are not as serious — they have very few assets to lose in a possible bankruptcy. And, in many cases, someone steps in to pick up the tab, since no one is denied emergency services because of an inability to pay — the government provides subsidies to hospitals, or there is a cost-shift to other insured individuals.
“We should make the financial implications of not carrying insurance more serious,” Herzberg said. “A delinquent medical bill is often treated differently than other bad debt on a personal financial report. We should not be surprised then, that young people are willing to accept the low risk of being uninsured.”
But, the face of the uninsurable is very different. That is the face of the older, seriously ill person — the person none of us wants to become. They are frequently excluded from buying insurance because of pre-existing health conditions.
The question of the uninsured is a thorny one, she continued, but it is a problem that must be addressed.
The health insurance mandate in Massachusetts may provide good examples of the problems Utah could experience in rushing in to a comprehensive plan that contains many unknowns.
“The Massachusetts legislation mandates that all citizens of the state must have health insurance coverage,” Herzberg said. “Those who fall below the 300 percent poverty rate will be subsidized, and those above the 300 percent poverty rate will be responsible for proving to the state that they are insured.”
The concept is much like that of car insurance — if a citizen owns a car, proof of insurance must be provided.
The Massachusetts plan is a connector plan. The state will connect people to the proper insurance plans. The bottom line, however, is that it is the individual’s responsibility to obtain health insurance.
“The Massachusetts experience — if the state can carry it off — will provide good lessons,” Herzberg said. “So far, the results Massachusetts is finding during implementation differ dramatically from earlier estimates used to pass the legislation. It is quite possible, given these changes, that the mandate on individuals may never be fully implemented. There is no silver bullet. Mandated health coverage is expensive and no one wants to pay for it. A single payer, government-organized insurance program is frightening to many.”
Taking individual responsibility for health insurance is one important social value, but the freedom of choice issue is also important.
“The attitude of ‘no one is going to tell me what I have to do’ is very common and makes comprehensive policy change problematic,” Herzberg said.
One approach consistent with individual freedom is enhanced use of consumer-based plans such as health savings accounts and health reimbursement plans. Under these, consumers become more cost-sensitive in shopping for care. The more out-of-pocket cost, the more cost-sensitive a person becomes.
“The issues of health care, legislation and the uninsured present serious problems and there are no ready answers,” Herzberg said. “Being able to solve everything by implementing a government mandate is overly optimistic.”
Proposals, each with benefits and flaws, abound.
“With health care issues, we need to decide what society values most before we rush to put an expensive and failed policy in place,” Herzberg concluded.
Related links:
Political Science Department
College of Humanities, Arts, and Social Sciences
Contact: Roberta Herzberg (435) 797-1307, Bobbih@hass.usu.edu
Writer: Patrick Williams (435) 797-1354, patrick.williams@usu.edu 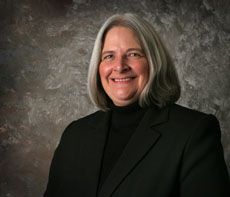