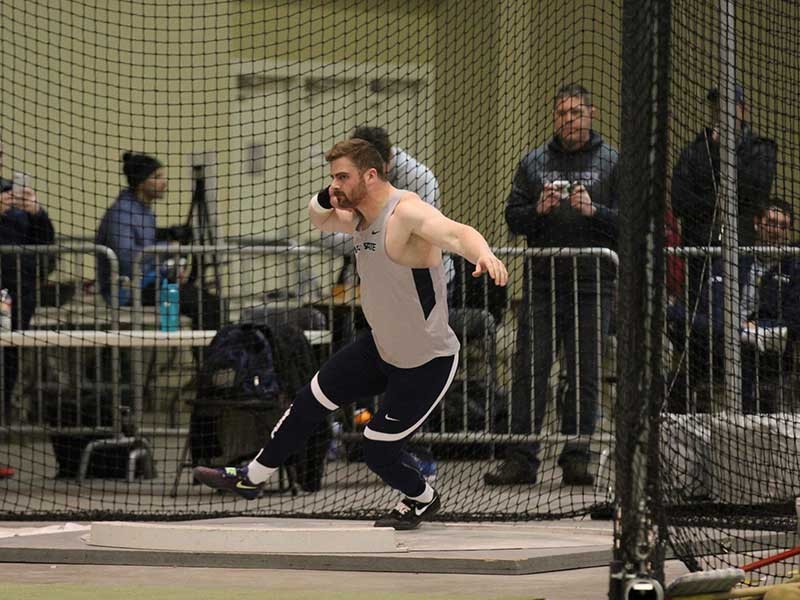 "We are excited to be heading to the Mountain West Indoor Championships this weekend," said USU head track & field coach Matt Ingebritsen. "I have been pleased with how the team has looked throughout the indoor season. We have made good improvements on both the men's and women's side this season.

"I think our women's team has the ability this year to show the biggest improvements over last season. If we can just go and take care of business like we have all indoor season, we will leave this meet with a lot of happy athletes. I'm proud of this team and its coaches for the dedication and the focus that has been shown this indoor season. I can't wait to get this meet started."

A live stream will be provided by FloTrack and is available with a subscription, while a link to live results will be available on UtahStateAggies.com prior to the event.

Air Force enters the meet as the reigning champion on the men's side, while the UNLV women

seek to capture its second straight MW title. A total of 17 teams (six men, 11 women) will compete in the meet.

On the women's side, senior Brenn Flint is the shot put leader in the conference with a mark of 15.99 meters (54-5.50). Sophomore Talie Bonds will compete in the pentathlon and owns the sixth-best score in school history (3,683 points).