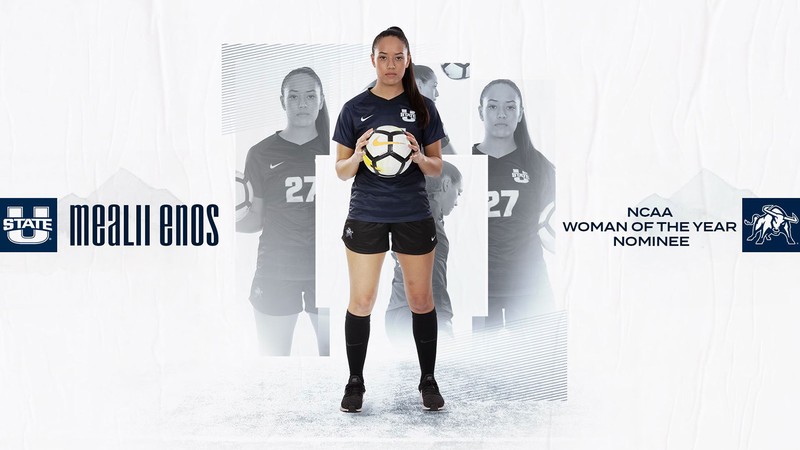 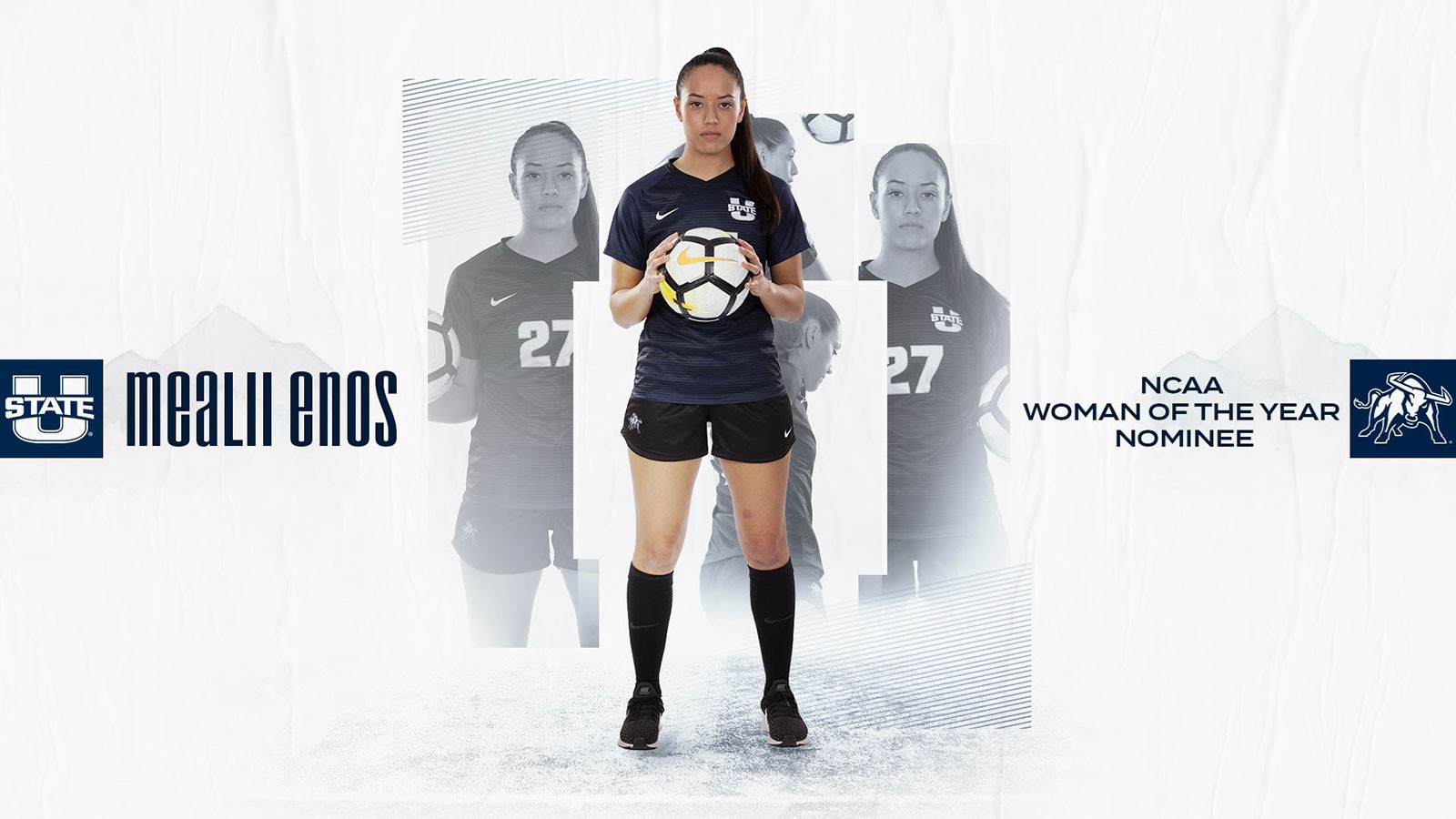 Utah State's Mealii Enos is one of just two nominees by the Mountain West for NCAA Woman of the Year, as announced by the league Friday, July 31. Enos was part of an initial group of 605, a record number of nominees across all three NCAA divisions.

Enos, a member of the USU soccer team, recently graduated from Utah State as the valedictorian of the Emma Eccles Jones College of Education and Human Services. Enos was a stalwart for the Aggie defense over the course of her four years in Logan, appearing in 76 matches with 74 starts at center back. Enos finished her career with six points on three goals, while tallying 25 shots.

In the classroom, Enos graduated with a perfect 4.0 GPA earning Scholar of the Year honors from the Emma Eccles Jones College of Education and Human Services. Enos was likewise nominated as the Scholar of the Year as part of Utah State's Robins Awards. Enos was also named Utah State Athletics' Joe E. Whitesides Scholar-Athlete of the Year. Enos spent time as a student-athlete mentor for three years and served as a volunteer research assistant with the language and aphasia/neurorehabilitation lab.

Enos is joined by Colorado State's Katie Olesak as nominees for the award from the Mountain West. Their merit will now be weighed by members of the NCAA Woman of the Year selection committee, made up of representatives from the NCAA membership, who will then chose the top-30 honorees – 10 from each division.

The selection committee will determine the top-three honorees from each division from the top 30 and announce the nine finalists in September. From those nine finalists, the NCAA Committee on Women's Athletics then will choose the 2020 NCAA Woman of the Year.

The top-30 honorees will be celebrated and the 2020 NCAA Woman of the Year will be named at the annual award ceremony in the fall.