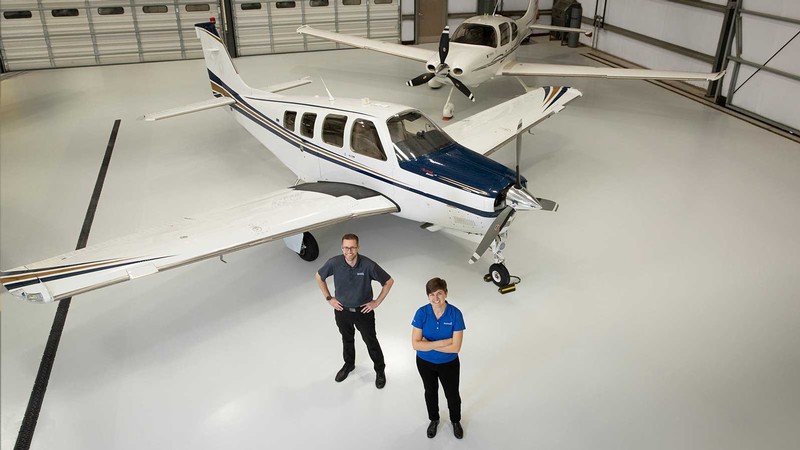 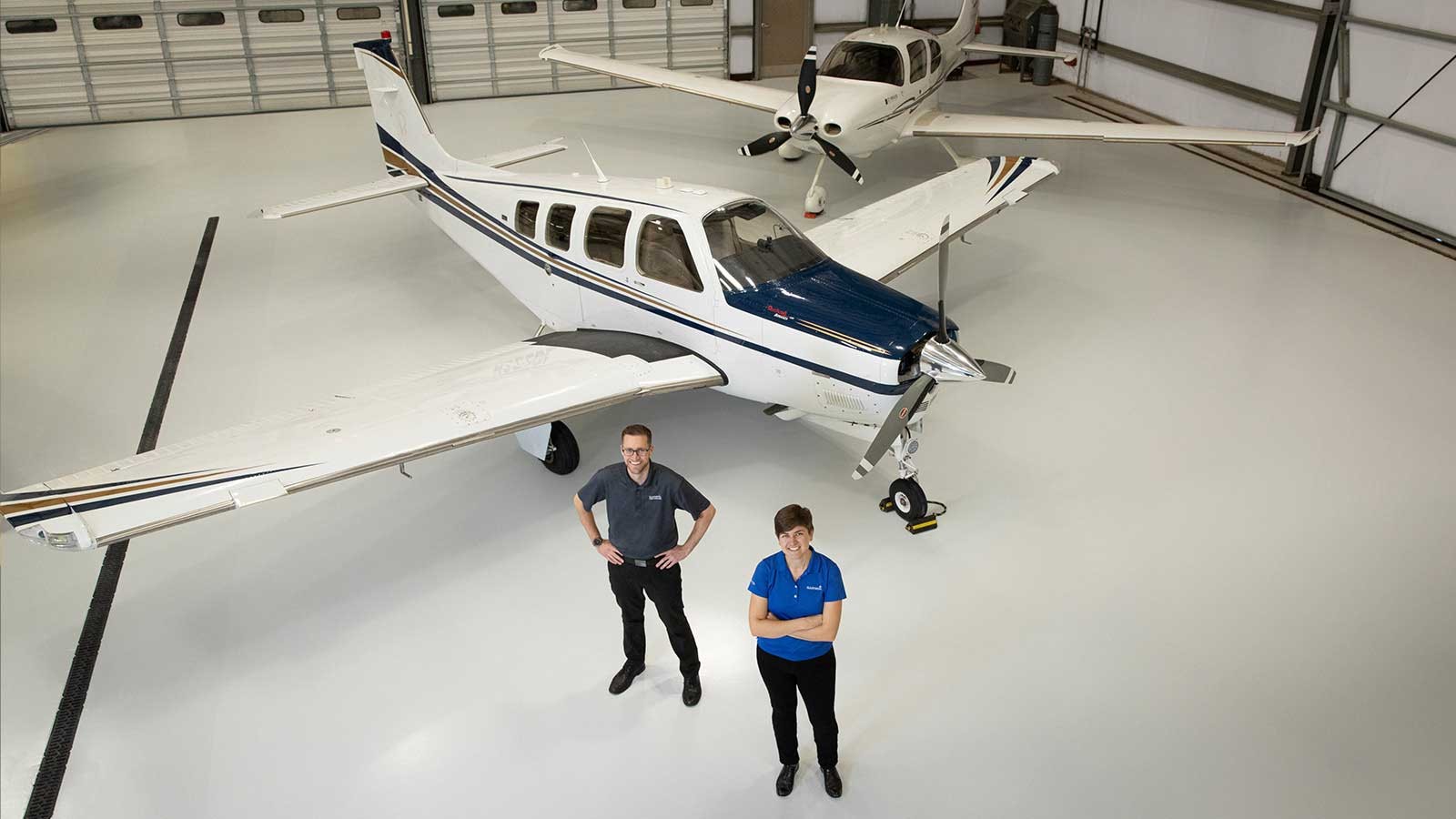 Bailey Scheel (’14 Mechanical and Aerospace Engineering) and Eric Sargent (’09 Aviation) are part of a team at Garmin International that created a flight control system for general aviation aircraft called Autoland. In the event of an emergency involving pilot incapacitation, Autoland controls and lands an aircraft at the nearest suitable airport with no human intervention.

Garmin, a tech giant that makes GPS devices, sports and fitness gear and wearables, is a leading manufacturer of aircraft electronics including flight deck displays and autopilot technologies. On Oct. 30, the company announced the release of its revolutionary Autoland system.

Scheel, who learned to fly an airplane before driving a car, served as Autoland project manager and systems engineer. Sargent, a graduate of USU’s renowned professional pilot program, was the Autoland test pilot for the Piper M600 aircraft. The alumni worked together for two years on the project.

“Getting to work on something that offers general aviation aircraft and pilots the ability to land without any pilot interaction during an emergency has been super exciting and rewarding,” said Scheel. “And working with a USU grad as our test pilot was definitely a highlight.”

Scheel is a senior aviation programs engineer and manager at Garmin where she leads innovative projects involving Garmin, airplane manufacturers and the FAA. She was drawn to airplanes at a young age and says the Autoland concept is especially meaningful to her.

“When I was a kid, my grandfather taught me the basics of flying just in case anything happened to him while we were in the air,” she said. “I later became a pilot because I was interested in aviation, and I became an engineer because I wanted to help people and do exciting new things.”

Looking back, Scheel said the senior design program helped prepare her for her career.

“The communication experience I gained from my senior design project within my team, from the customer and from the professors was invaluable,” she said. “I discovered I really enjoy that sort of technical communication and coordination. And now I get to do it every day.”

She encouraged students to learn more about their majors and take advantage of campus opportunities.

“My advice is to take advantage of clubs, research, part-time jobs and internships to discover areas of engineering you may not know about,” she added.

Before joining Garmin as a flight test pilot, Sargent was a flight instructor at USU. He was one of the first aviation students in the country to fly the university’s brand new fleet of airplanes equipped with the newly-certified Garmin G1000 flight deck. Learning to use and understand the G1000, he said, gave him a competitive edge upon graduation.

“My professors and flight instructors put a lot of emphasis on aircraft systems, particularly the Garmin G1000 flight deck. Knowing that information was essential in starting my career at Garmin.”

Sargent has been involved with Autoland since its earliest stages.

“It was remarkable to see Autoland progress from a conceptual design, to a fully certifiable system capable of landing an airplane and stopping it on the runway without any pilot interaction,” he said. “People often ask me what it was like performing the first Autoland. For me it was like teaching my first student how to fly solo. While I’m confident that I trained them correctly, I still monitor their progress to make sure they perform all the steps correctly.”

Bailey Scheel ('14 Mechanical and Aerospace Engineering) and Eric Sargent (’09 Aviation) are part of a team at Garmin International that created a flight control system for general aviation aircraft called Autoland. In the event of an emergency involving pilot incapacitation, Autoland controls and lands an aircraft at the nearest suitable airport with no human intervention. 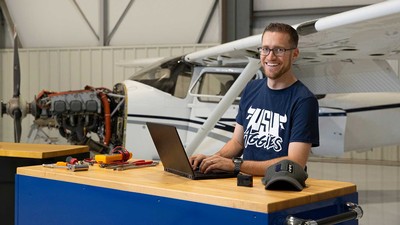 Before joining Garmin as a test pilot, Eric Sargent ('09 Aviation) was a flight instructor at Utah State University. 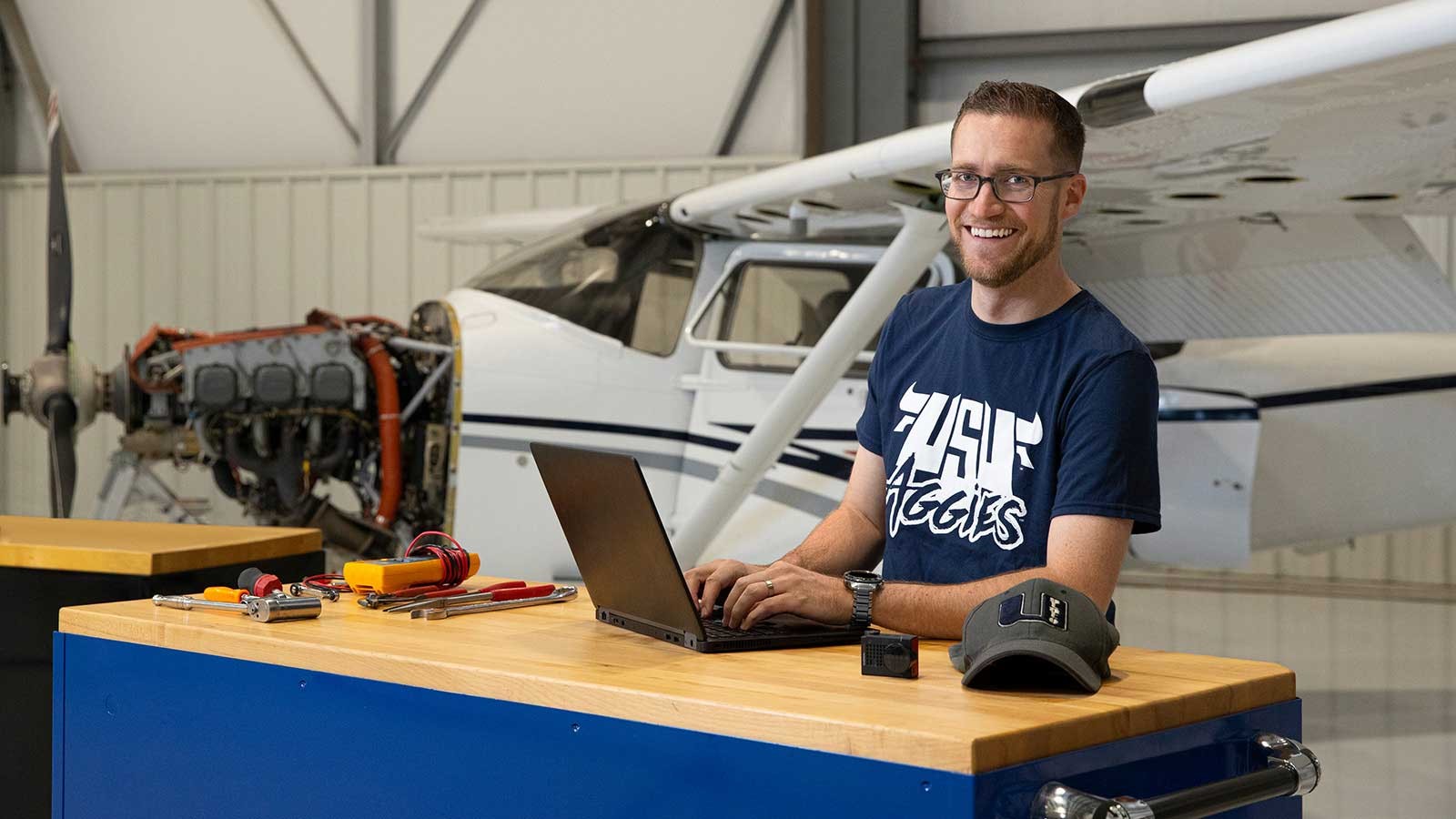 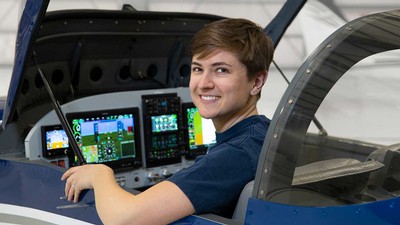 Bailey Scheel ('14 Mechanical and Aerospace Engineering) learned to fly an airplane before driving a car. 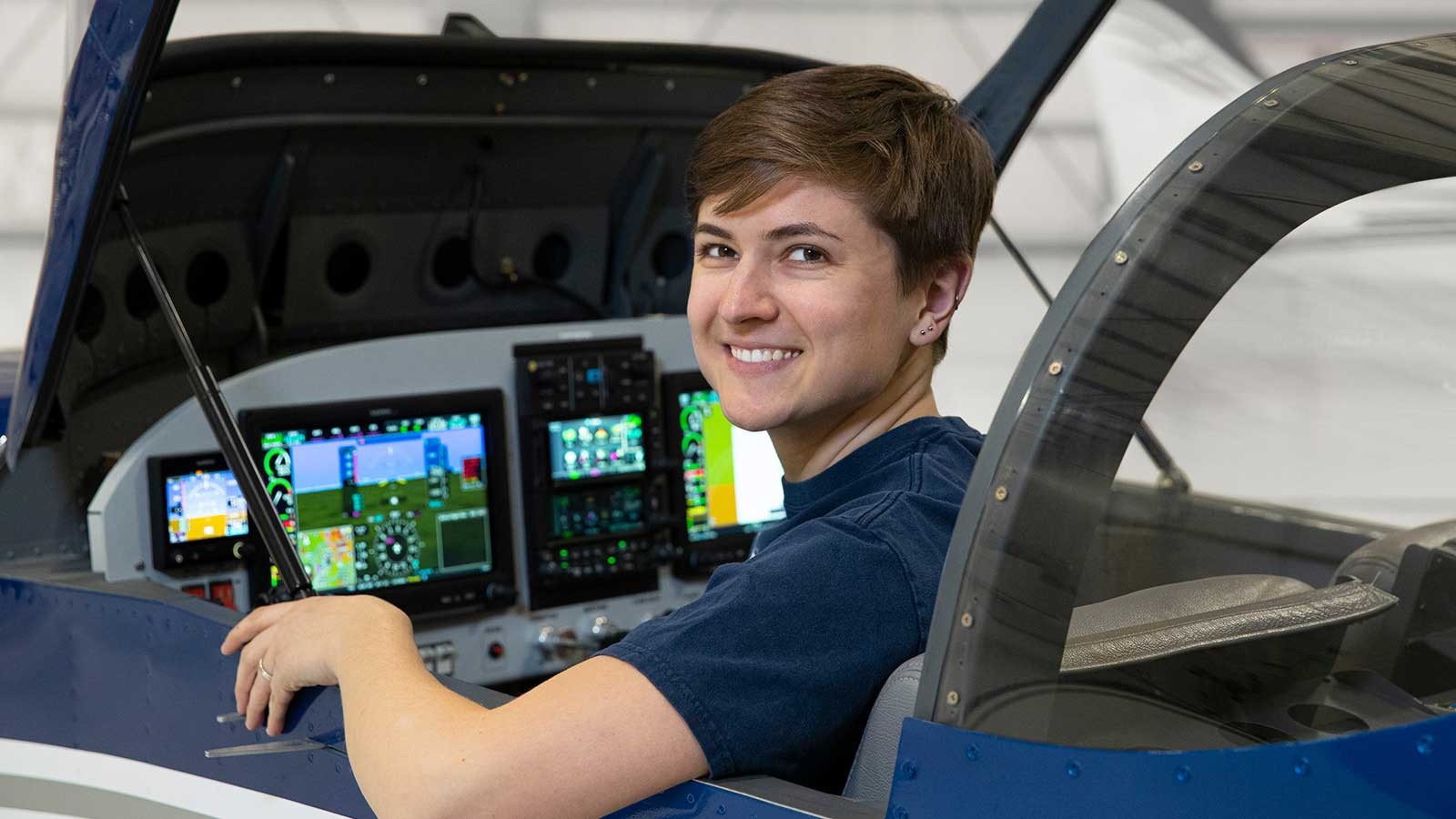