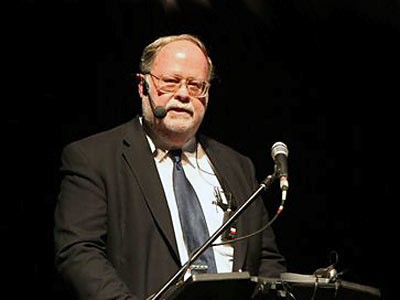 Everywhere he goes, Utah State University historian and archaeologist Joseph Tainter hears the same question: Is our society on the verge of collapse?

Tainter’s short answer is no, at least not imminently, but it’s not a question he dismisses lightly. The professor in USU’s Department of Environment and Society and the USU Ecology Center has devoted his career to the study of what’s caused some of the world’s great civilizations, including the Roman Empire, to implode. His 1988 book, The Collapse of Complex Societies, remains a definitive work on societal collapse.

For this reason, Tainter is a sought-after speaker and he recently returned from a whirlwind speaking tour in Venezuela, the Netherlands and Belgium.

Hosted by the U.S. Embassy in Venezuela, Tainter was a keynote speaker for the South American country’s CCS Forum 2015: How to Build the Desired City, held Oct. 19-23 in Caracas. The gathering, at which Tainter spoke at multiple venues to public, academic and professional audiences and was also interviewed by several media outlets, was sponsored by the Venezuelan capitol city’s Chacao Municipality, the Central University of Venezuela, Metropolitan University, Andrés Bello Catholic University and Símon Bolivar University.

“Everyone is concerned about sustainability,” he says. “This was a novel forum aimed at gathering experts from diverse disciplines and exploring ideas with the public and academic communities about how to meet society’s challenges.”

During his talks at the five-day meetings, which featured lectures from experts in food, health, architecture, education and the arts, Tainter spoke about parallels between the demise of the Roman Empire and conditions leading to the 2010 Deepwater Horizon disaster in the Gulf of Mexico.

“Looking into the past and at the present, we can see that cheap energy and increasing complexity have contributed to a mutually reinforcing spiral,” he says. “Our society, like a number of ancient societies, has become dependent on an energy source that can’t sustain us indefinitely and we have to figure out what to do about it.”

Just a day following his return from Venezuela, Tainter jetted across the Atlantic to Europe, where he addressed students, faculty and professional archaeologists at Leiden University in the Netherlands and at the Catholic University of Louvain in Louvain-la-Neuve, Belgium.

Sustainability was, again, the hot topic as Tainter discussed his views that the ultimate cause of a civilization’s demise is diminishing returns on investments in social complexity.

“We face many of the same changes as ancient civilizations,” he says. “The question is whether or not we’ll be able to introduce technological innovations that allow us to withstand these threats and adapt to change.”

Following his talks, Tainter received a number of student requests for more information about illustrations used in his lectures, in which he describes changes in energy gain across living systems and how they’re similar to human systems. These include fungus-farming ants and the North American beaver.

“People seem to enjoy these parallels,” he says. “Energy gain constrains resource use, social organization and landscape organization in both human and other living systems.” 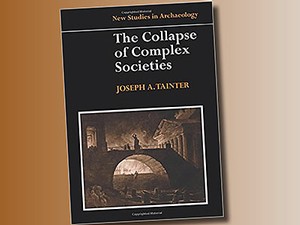 Tainter, professor in USU's Department of Environment and Society and the USU Ecology Center, is author of the 1988 book, 'The Collapse of Complex Societies,’ a definitive work on societal collapse. 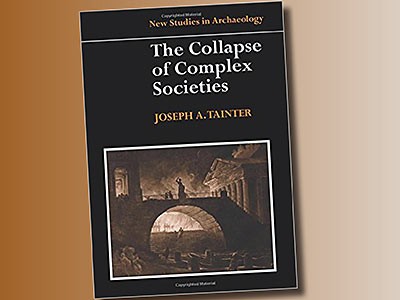 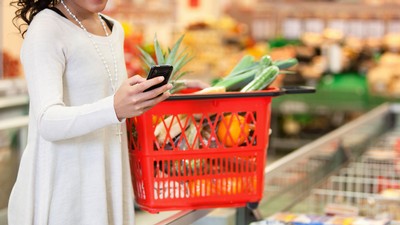